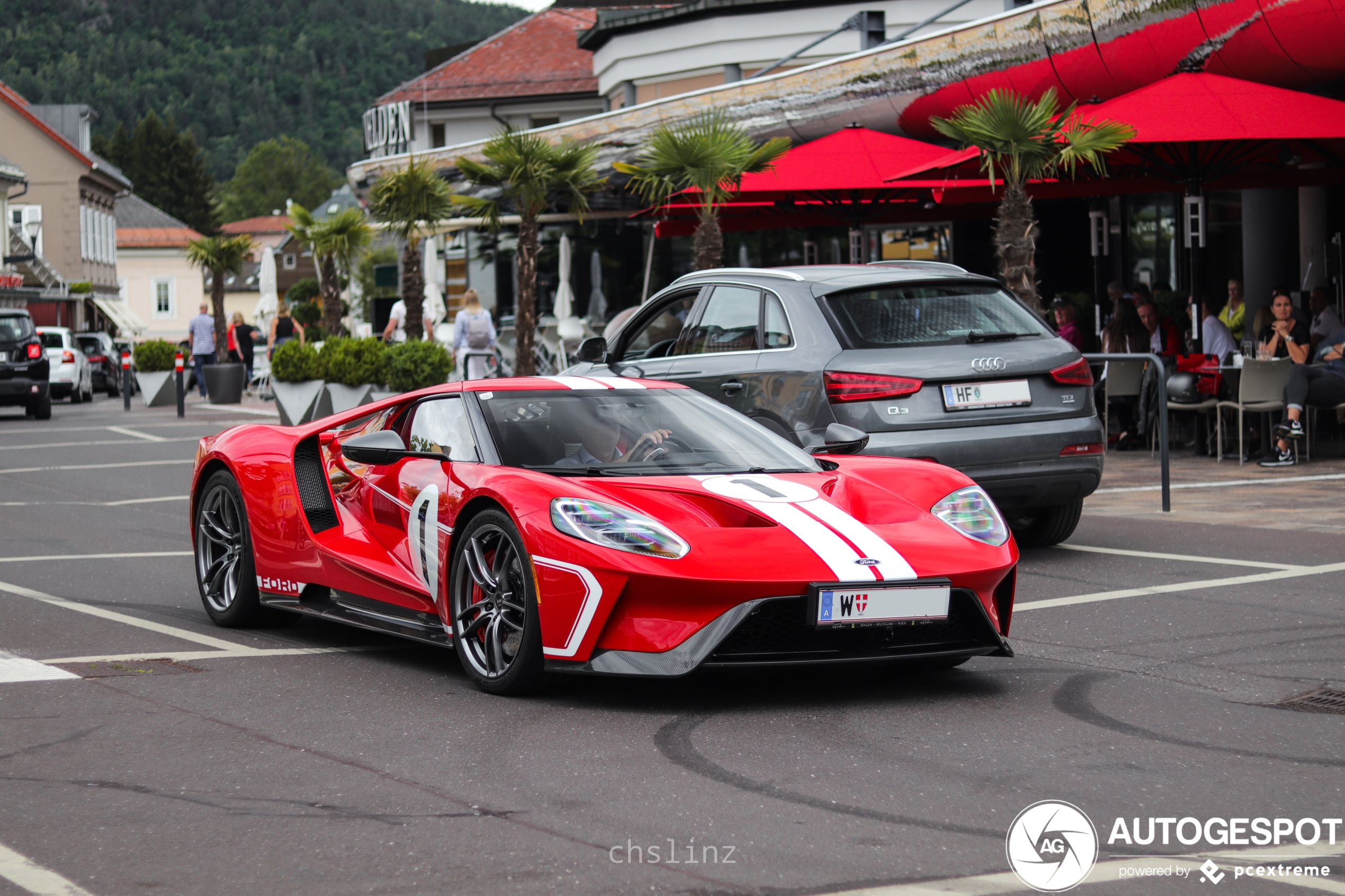 Last week, we were unable to welcome a previous-generation Ford GT to the site. At that time we also noticed that for some time no Ford GT of the 2017 model year was spotted.

It just happens to be that we can add another spot to the site, not just a new spot but also a new car for the site! The spot I am talking about is not just any Ford GT 2017. No, this is a Ford GT 67 Heritage Edtition, a tribute to the 1967 Ford GT that drivers A.J. Foyt and Dan Gurney won Le Mans with in 1967. This special version was spotted in Velden, Austria and is visually different from a regular Ford GT. The GT Heritage Edition features exposed carbon fiber and a set of 20 '' silver aluminum rims Inside, the party continues with a mountain of carbon fiber and red stitching on the black seats. This is only the second copy of this special edition that was spotted! Ford has not announced exactly how many were built. 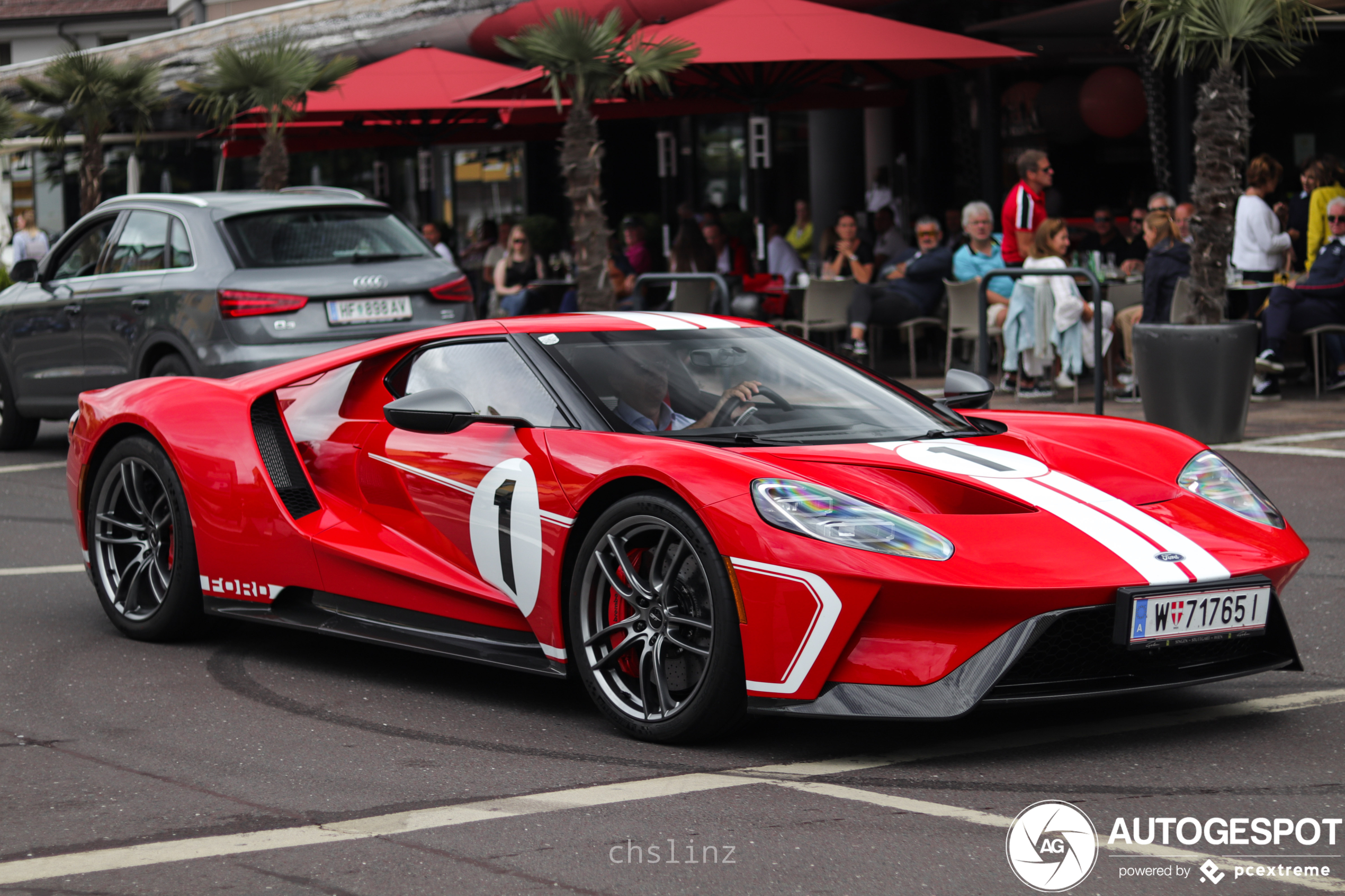