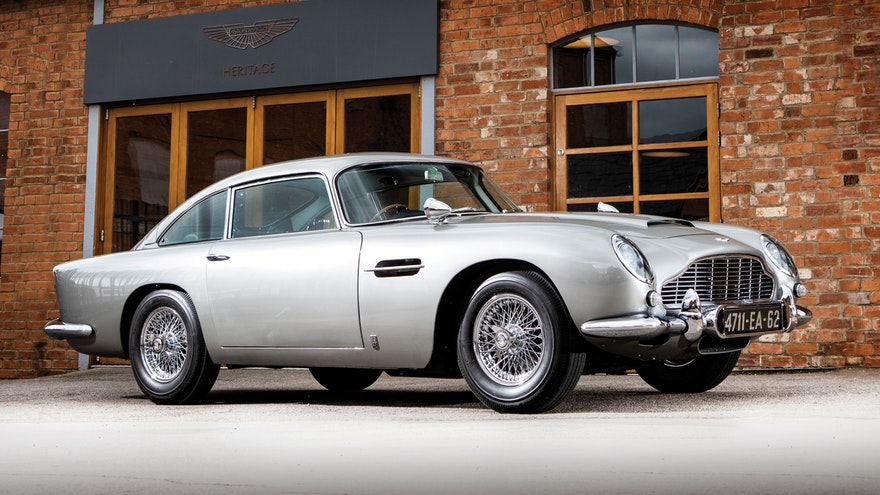 Movies are a big part of life today, and this is why film making has become a multi-billion dollar industry. Global box office revenue reached $42.2 billion in 2019, to highlight the immense contribution movies make to the global economy.

Some of these movies have enjoyed a larger than life presence in society due to their popularity. Movie actors have become celebrities due to their public presence and lifestyles.  Films ranging such as Star Wars and Batman have spawned music, books, merchandise, and fan clubs over the years.

While many successful movies revolve around heroes and antagonists, some leave a big impression due to what the actors drive. Some of the greatest movies ever made have birthed a variety of iconic cars that are easily recognizable across the globe.
This post explores some of these iconic cars and features that make them easily recognizable.

In Casino Royale, Daniel Craig plays James bond and uses an Aston Martin DBS V12. This movie was so good that software developers turned it into a five reels slot machine, very similar to the slots and other casino games that this site offers.

The Ferrari Testarossa is a beautiful yet powerful road machine. It’s no wonder that its appearance on the equally popular Miami Vice and Wolf of Wall Street made such a big impact. This Type F110, rear-wheel-drive sports car packs a 12-cylinder mid-engine. When Mimi Vice ran its course of five seasons, this sports car became an iconic feature of the show.

It made a reappearance in Martin Scorsese’s Wolf of Wall Streetwhere Leonardo DiCaprio playing Jordan Belford drove the beauty before crashing it in a drug-fueled drive.

Batmobile in Batman TV Series and Movies
It looks like a spaceship and it makes an appearance in the Batman Franchise. Initially, it was a modified 1955 Ford Lincoln Futura used in the Batman TV series. It featured prototype military-grade hardware and the latest civilian performance technology. This made the car ideal for use in Gotham City.

Ford Gran Torinoin Starsky & Hutch
This is one of the best television series of the 70s and ran for four seasons. During this time, viewers became accustomed to the red and white Gran Torino. This was the car used by Starsky and his partner Hutch to patrol the streets of Bay City.

1970 Dodge Charger in The Fast and the Furious
Movie lovers have seen the 1970 Dodge Charger, countless times, but one unforgettable appearance is in the popular Fast and Furious franchise. Vin Diesel drives this menacing black street-racing machine.

Final Thoughts
These are only a few of the greatest rides you’ll see in movies. From the Gigahorse in Mad Max: Fury Road, Mini Coopers in Italian Job, to the Porsche 911 Turbo 3.6 in the original Bad Boys movie, there are always amazing cars to watch out for. It adds to the fun and thrill in these classic movies.