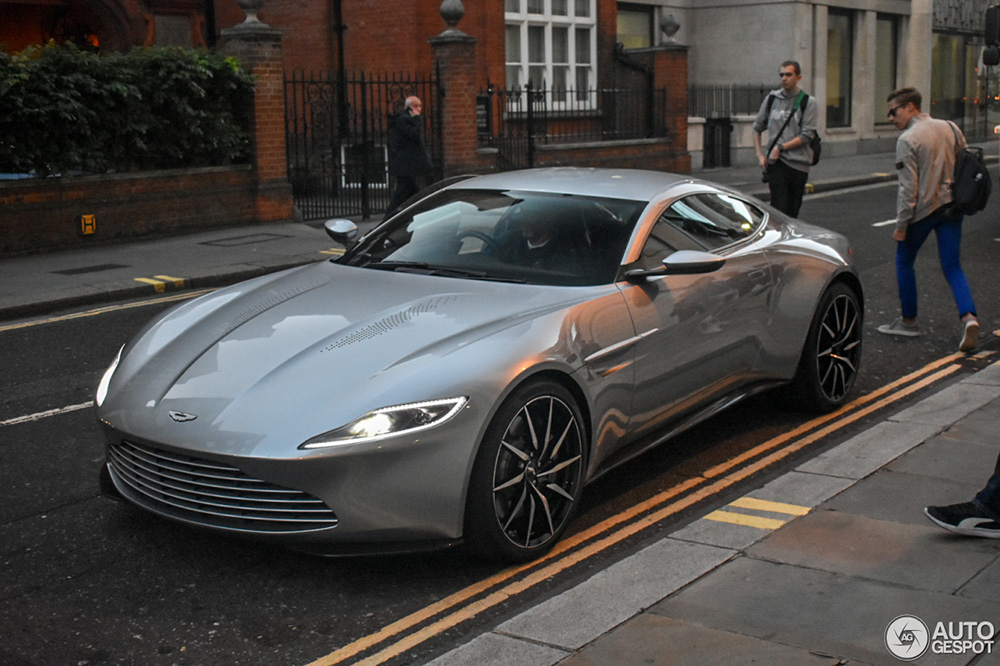 It’s nearly 60 years since Sean Connery first spoke some of the most famous words in cinematic history, “Bond, James Bond.” The franchise has taken the world by storm, and devoted fans across the globe keenly await the release of the long-delayed 25th film in the series, No Time To Die. If you think about James Bond, you think gadgets, beautiful women, exotic locations, vodka martinis, high-stake card games, power-crazed villains, and of course, cars. What would Bond be without his cars, packed with weapons and contraptions? He’s driven the good and bad over the years; some live long in the memory whilst some are best forgotten. Here are 5 of the most iconic cars featured in the films.

No surprises that this car makes the top of the list. Although he’s flirted with the likes of BMW, Bentley and Lotus, Bond is unquestionably an Aston Martin man. The DB5 first appeared in perhaps the greatest Bond movie of all, 1964’s Goldfinger. The DB5 had only rolled off the assembly line 3 months before shooting began, and Production Designer Ken Adam added a ton of gadgets to the car – machine guns, tyre shredders, rotating number plates, an oil sprayer and most famously of all, an ejector seat. It’s crazy to think that Eon Productions had to beg Aston Martin just to loan a DB5 and the manufacturer didn’t think to put a product placement deal in place. In any event, it didn’t do them too much harm – the car quickly became synonymous with the franchise and has probably been the best advert Aston Martin have ever had. The DB5 has had a starring role in many of the greatest Bond films and when the franchise was rebooted with Casino Royale in 2006, the new Bond won his DB5 in a poker game. Not only is Casino Royale one of the greatest Bond films, it’s possibly the best gambling film of all time too. Find all you need to know about online casinos at PACasino.com.

Sean Connery returned to the franchise in 1971’s Diamonds Are Forever, and while it never ranks high on the list of best Bond movies, it has one of the best car chases in cinematic history. The car in question is Ford’s Mustang Mach 1, and the model is certainly put through its paces in a gripping Las Vegas chase. There are some great manoeuvres up and down the Sin City Strip (it’s claimed the infamous reclusive billionaire Howard Hughes got city officials to close down the Strip to allow the scene to be filmed) leading to the mass destruction of half a dozen police cars in a parking lot. The chase ends with a notorious continuity error; Bond escapes through a narrow alleyway by getting the Mustang on the passenger-side wheels to squeeze through. However, at the other end of the alley, the car emerges on its other side. The blunder was fixed in post-production using a crazy in-car shot which depicted the car somehow rotating on its way through the alley! Ford wisely lent the producers eight Mach 1s, and while the scene is very Bond and very Vegas, the Mustang’s the star.

While the DBS wins the prize for the most famous Bond car, the Lotus Esprit S1 from 1977’s The Spy Who Loved Me is surely the ultimate spy car. It is certainly the coolest! Eon Productions wanted the movie to be the most spectacular Bond yet filmed and the Lotus certainly helped them deliver on that. In a high-octane chase, Bond contends with a rocket-armed motorbike and a helicopter with machine guns. He’s eventually forced off a pier – and the car transforms into a sleek mini-submarine, which easily sees off armed frogmen while the helicopter is destroyed with a sea-to-air missile. Bond then drives up onto a beach, stunning the sunbathers into silence. The ‘submarine’ was piloted by scuba divers and was made from an S1 shell; Lotus supplied seven shells to allow all underwater elements to be filmed. Interestingly, the Lotus used for the land scenes is now owned by none other than Elon Musk.

Bond’s also driving a Lotus in 1981’s For Your Eyes Only, but unfortunately it self-destructs, so he has to escape in the only available car – a bright yellow Citroen 2CV! It certainly doesn’t have any gadgets and is just about the furthest away from something Bond would drive. But it makes for a brilliant, if a little tongue-in-cheek, chase scene through a hilly Spanish olive plantation. While it looked like an old clunker it was certainly resilient, as not only does it manage to survive a white-knuckle ride down the side of a mountain but also a constant hail of bullets. The stunt team had to replace the standard 2CV 602cc engine with a beefier 1,015cc version to make the scene possible, and Citroen themselves smartly got in the act by releasing a special edition of the 2CV, including 007 logos and stuck-on bullet holes.

Die Another Day (2002) is shockingly bad, in fact so bad Eon Productions had to go away and rethink the whole franchise. From Madonna’s appalling title song and a giant space laser to tsunami kite-surfing and face-shifting baddies, it is the worst Bond film. But for all its awfulness, it features one of the best cars Bond has ever used – the Aston Martin V12 Vanquish. The car makes it as a great Bond car on the strength of its looks alone and is kitted out with the Bond gadgetry you’d expect - target-seeking guns, torpedos and an ejector seat. The stunning 7-minute chase with a heavily armed Jaguar on a frozen lake is the highlight of the movie and the scene is still a Bond and car aficionado must-watch now. Halle Berry’s take on an Ursula Andress-style entrance is also great viewing – but as for the rest of the film, just try and pretend it doesn’t exist.