On first sight, this looks like an ordinary combo existing from a yellow and a white Mitsubishi Lancer Evolution IX, until we look further than the first photo. On the photos two, three and six we see a lady in which most of us would be interested . It may be slightly common, but it results into very unique photos of this duo which caused some serious furore in the rally world, back in the nineties.

Of course we don’t talk about the IX-generation, but especially about the Lancer Evolution VI, the type Tommi Mäkinen drove through narrow roads at a ridiculous speed. We talk about the time that the Mitsubishi Lancer Evolution VI became big and took on the battle with the Subaru Impreza WRX STi, a competitor which was poaching Mitsubishi’s territory. Whether the owner also drives his Evo IX off-road is something we don’t know, but we are sure he won’t drive this car close to the limit, because for most people, the human limit is closer than the limit of the car. 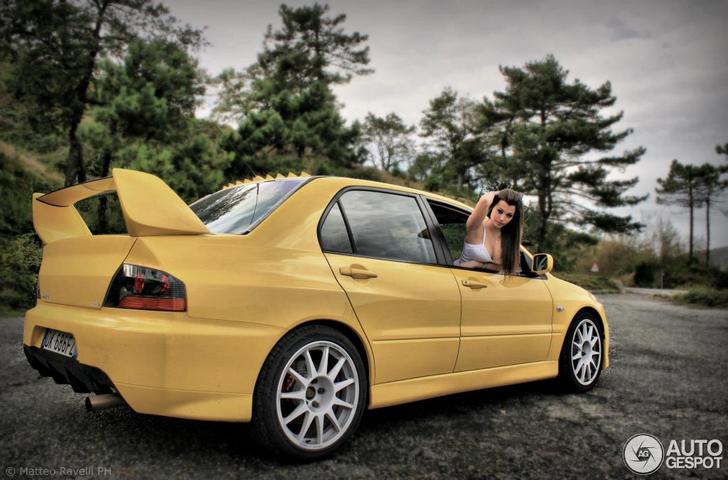