check out the new Rolls-Royce Ghost 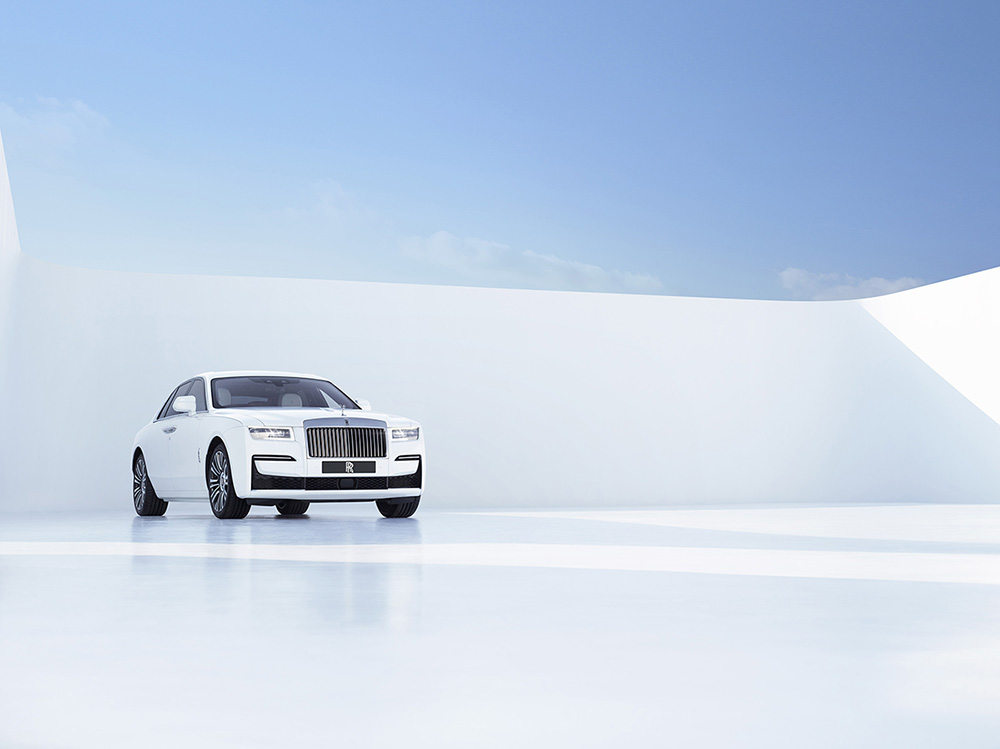 More than six years ago, a team of luxury intelligence specialists, designers, engineers and craftspeople assembled to begin development of the new Rolls-Royce Ghost. As with the first Goodwood Ghost, launched in 2009, this collective would work obsessively to ensure that New Ghost would hold its own place in the Rolls-Royce portfolio and represent a unique set of client values.

In 2009, Rolls-Royce announced a new addition to its portfolio that offered something entirely different to its flagship Phantom. This product resonated with a new group of men and women who responded to the marque’s relentless pursuit of perfection in design, engineering and craftsmanship, but sought a more modest and minimalist expression of Rolls-Royce. The execution of the first Goodwood Ghost, and its laser focus on meeting the demands of its clients, was an unmitigated success, and over the course of its ten-year lifecycle, this transformative motor car became the most successful product in the company’s 116-year history. Ghost’s formidable success was vital in enabling the brand to scale up production, invest in its capabilities and establish Rolls-Royce as the truly global brand it is today.

The marque’s designers, engineers and craftspeople demanded the freedom to create a very specific personality for new Ghost. These men and women were only able to create an authentically super-luxury product without the constraints of platforms used to underpin lesser, high-volume vehicles. Hence, the Rolls-Royce proprietary aluminium spaceframe architecture.

Reserved exclusively for Rolls-Royce, this architecture already underpins its flagship, Phantom, and its transformative SUV, Cullinan. The spaceframe’s flexibility and scalability freed the marque to serve the unique aesthetic and mechanical demands of new Ghost, and in doing so created an acoustically superior, highly rigid and dynamic proposition for Ghost within the RollsRoyce product portfolio.

The marque’s hallmark Magic Carpet Ride has evolved. For new Ghost, engineering specialists redesigned the motor car’s suspension completely to deliver what is called the Planar Suspension System. Named after a geometric plane, which is completely flat and level, the system is the result of ten collective years of testing and development to create a sense of flight on land never before achieved by a motor car.

Rolls-Royce clients have enjoyed self-closing doors since the first Goodwood Phantom. Operated by a button on the dashboard and on the C-pillar for motor cars with rear doors, this innovation has been celebrated among customers. For new Ghost, the marque’s engineers elected to further develop this hallmark technology and, for the first time, clients can now also open the doors with power assistance.

For new Ghost, the marque’s Bespoke Collective of designers, engineers and craftspeople created Illuminated Fascia: a world-first innovation that subtly echoes the Starlight Headliner, which has become as much a part of Rolls-Royce iconography as the Spirit of Ecstasy, Pantheon Grille and ‘Double R’ monogram.

Developed over the course of two years and more than 10,000 collective hours, this remarkable piece brings an ethereal glowing Ghost nameplate, surrounded by more than 850 stars, into the interior suite of the motor car. Located on the passenger side of the dashboard, the constellation and wordmark are completely invisible when the interior lights are not in operation.

Perfectly attuned to new Ghost’s Post Opulent design treatment, the Bespoke Collective chose not to use simple screen technology to achieve the effect they desired. Instead, they embarked on creating a highly complex and true luxury innovation. The illumination itself comes from 152 LEDs mounted above and beneath the fascia, each meticulously colour matched to the cabin’s clock and instrument dial lighting. To ensure the Ghost wordmark is lit evenly, a 2mm-thick light guide is used, featuring more than 90,000 laser-etched dots across the surface. This not only disperses the light evenly but creates a twinkling effect as the eye moves across the fascia, echoing the subtle sparkle of the Starlight Headliner.