Apollo Intense Emozione, the name says it all!

Apollo Automobil announced today that the Apollo IE, its flagship hyper-car, is ready to meet the world. The Apollo IE is a lightweight car, aerodynamically efficient and connected, yet unimpeded by any emotionally dilutive technological systems. The car produces 780 HP with 9,000 rpm redline and torque of 760 Nm, and all that for just Euro 2.3 million! The good news, only 10 copies will be build, so this car is truly exclusive! And it is raw because the car has no turbos or hybrid system.

The Apollo IE offers a raw, emotional driving experience and as Apollo states, it is a car that is a feast for the human senses. The IE provides a proper balance between old and new, and NO Turbos and NO hybrid systems. The chassis is made out of carbon-fiber, including front and rear subframes, that allows for maximum torsional rigidity, safety and the ability to create a!lightweight and! And the IE produces extreme levels of downforce, at 300km/h the IE produces over 1,350kg of net downforce and is capable of lateral forces in excess of 2.0+G and VMAX of 335km/h.

“We felt that all the technological advancement and automation in today’s supercars took away the pure, raw emotional connection between driver and car,” commented Norman Choi, Apollo Chairman. “We wanted to build a car that would fill that void separating car and driver. So we built the Apollo IE.” 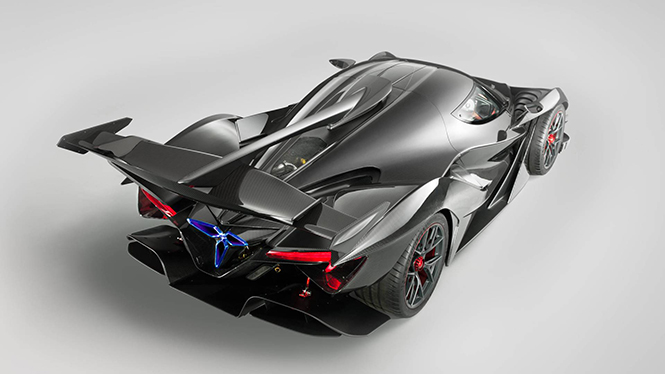