Aston Martin DB10 spotted on the set of James Bond

At 6 November, the new James Bond movie, Spectre, will be released. Daniel Craig will again play the role of James Bond and this time he's fighting the crime organization Spectre. During the shooting of the film, some of the Aston Martin DB10's were spotted.

Spectre is the new crime movie #Goodtobebad and features the spectacular Jaguar C-X75 in an orange colour so all the car fanatics will definitely like this movie. James Bond drives an Aston Martin and especially for the movie Spectre, James Bond got a completely new developed DB10. In Rome, the beautiful styled car was spotted for the first time. The movie will be shot in several beautiful locations including London, Rome, Mexico City, Tangier and Sölden in the Alps.

Ten lucky customers will feel like James Bond behind the steering wheel of their own DB10. Aston Martin celebrates their 50th anniversary of the cooperation with James Bond. This cooperation started with the DB5 and gets a sequel with the DB10. The DB10 isn't only a limited model, this Aston Martin also shows us the the company's design vision for the future. 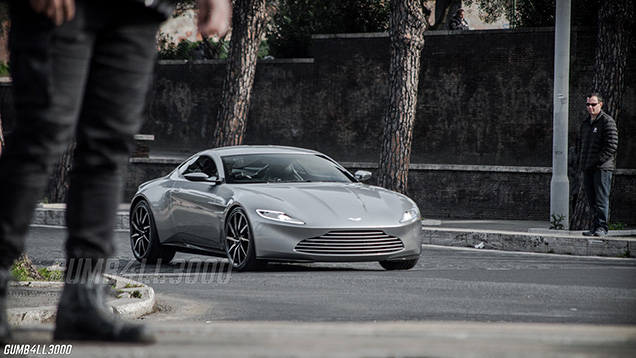