Bentley Continental GT gets a grip at the GP Ice Race 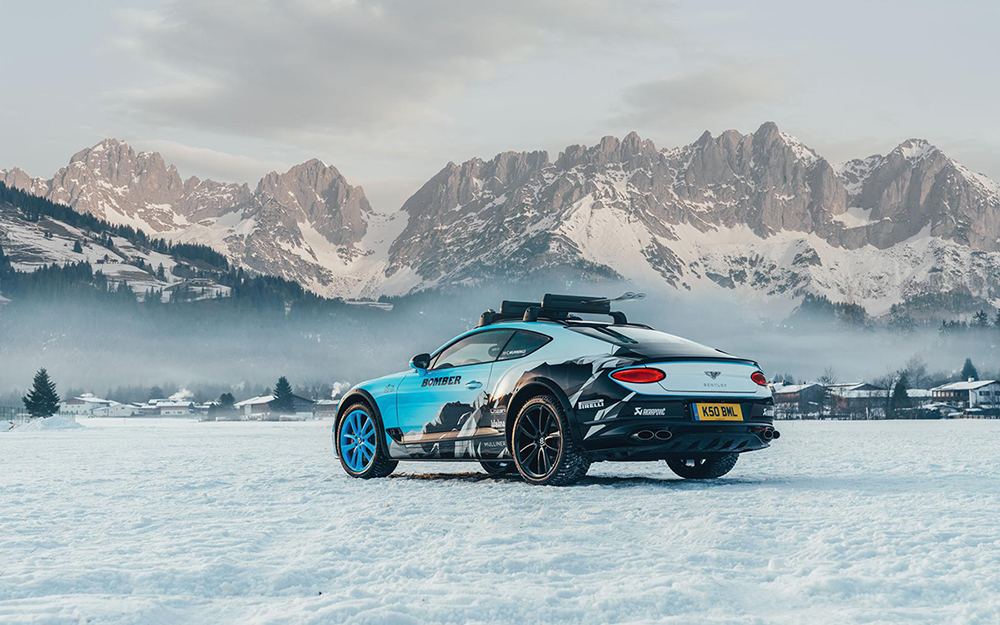 Bentley Motorsport will contest a specially prepared Continental GT at the 2020 GP Ice Race in Zell am See. Following on from Bentley’s recent history of setting Ice Speed Records in 2007 and 2011, the W12-powered Continental GT is ready to continue Bentley’s heritage of high performance on ice at the spectacular showcase event in Austria across the weekend of 1/2 February 2020. We will be present at this event so follow us on Instagram!

The Ice Race Continental GT will be running in livery that pays homage to its record-breaking compatriot from the Pikes Peak International Hill Climb in 2019 and shares the same factory built W12 twin-turbocharged TSI engine. The 6.0-litre unit delivers 635 PS (626 bhp), 900 Nm (664 lb.ft.) , a 0-100 km/h time of 3.7 seconds (0-60 mph in 3.6 seconds) and a top speed of 333 km/h (207 mph). The car’s three chamber air springs, 48V active anti-roll control system and iron brakes are entrusted with the cool running of the Bentley Continental GT on the purpose-built ice track.

“The opportunity to race with Bentley at Zell am See is one that I couldn’t miss. I’m completely blown away by the car, and I actually still can’t believe I’m getting let loose in a Bentley to do an ice race. I spent some time on ice in the car just before Christmas. At first I thought it would feel heavy, but I was amazed by how dynamic, nimble and responsive it is. It can dance like a lightweight rally car, and I can’t wait to race it at such an iconic event“

Bentley’s Director of Motorsport, Paul Williams, comments:
“I first drove the prototype Continental GTs on snow during winter testing before the launch of the car. The stability and control this car has on these surfaces is unbelievable and I look forward to seeing it race in those conditions.”

The car has been kept as close to production standard as possible, with minimal changes for safety compliance including a rear roll cage, on-board fire suppression system, racing seats and harnesses. Modifications beyond standard include an increase to the the nominal ride height to give greater ground clearance, arch extensions to accommodate a 15 mm increase in track width, studded Pirelli Scorpion tyres, a brace of Lazer high performance lights and a custom exhaust system from Akrapovic, manufacturers of the bespoke exhaust for the Continental GT. The roof will features a bespoke rack, fitted with a pair of Bomber for Bentley Centenary Edition skis.

Consisting of two days of motorsport in unpredictable conditions, the GP Ice Race is the next chapter for Bentley who have a long tradition of testing its cars to the extreme. First run in 1937 and revived last year, the event features an array of historic and modern race and rally cars. The weekend sees drivers compete in various vehicle categories over a 600m frozen racetrack carved from the snow, and involves two tests – standard racing, and an exhibition of skijoring. Skijoring is a competition whereby a skier is towed by a car over a track of snow and ice, and dates back to the Olympic Winter Games 1928 in St. Moritz, when skiers were drawn by riderless horses. Bentley’s 2020 version will feature skier Sven Rauber and considerably more horsepower. 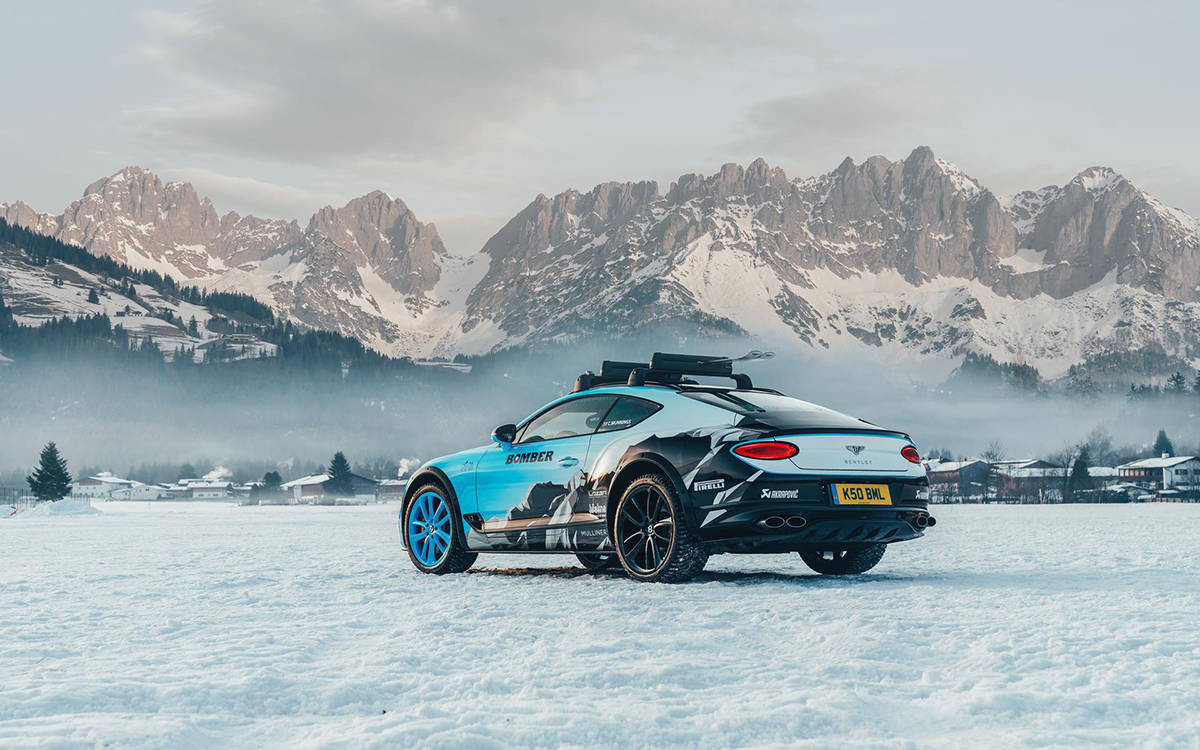 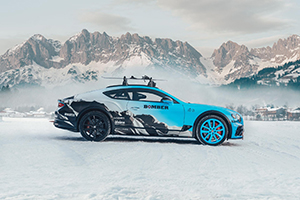 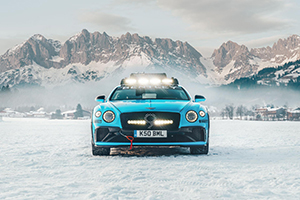 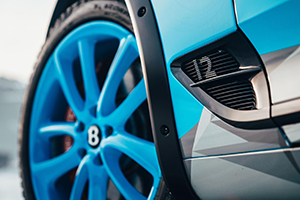 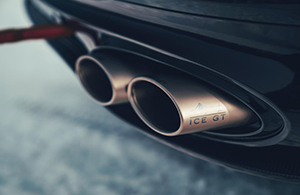