Big timing all the time, nigga been stuntin. Pearl white Maybach, nigga spent a mill. Bugatti for 2, on the hill. These are lyrics from the owner of the Bugatti that has been spotted. We're talking about the rapper Birdman who's known for his big collection of supercars. Birdman is co-founder of Cash Money Records and this way he gained a lot of money.

His fortune was estimated at 125 million dollar back in 2012 and this made him the fourth richest rapper in the world and yes, this means that you can afford yourself a few exclusive cars including this red Bugatti Veyron Grand Sport. Next to this car he also owns a Lamborghini Aventador, Maybach 62 S Landaulet and a Bentley Mulsanne. Birdman does seem to have a bit of taste by owning a Mulsanne. The red Veyron doesn't look that good in this colour, at least, that's my opintion. 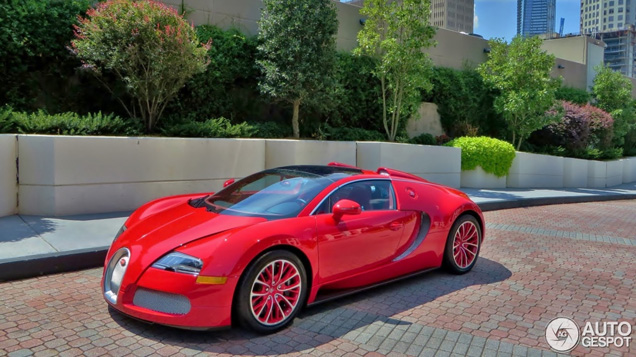