The new Audi RS6 Avant actually looks completely different from its predecessor. For instance, take the charisma of it. The new one is aggressive, striking, emphasized and convincing, where the old one was more business-like, more a wolf in sheeps clothes, which can’t do 80% of the new RS6 Avants abilities. Despite the loss of two cylinders the performances only improved. The only drawback of this was the loss of the typical V10-sound, but I think that’s compensated by the looks. The following Audi RS6 Avant is the most stunning RS6 on the entire website.

The blue colour accentuates the powerful Lines of the RS6 Avant perfectly. The aluminium strips are extra amplified, so as the two fist-sized exhaust pipes which contrast well to the black diffuser. Next to that the wheelarches are widenend subtly, but this is betrayed by the word Quattro in the grille. This beast won’t be overtaken easily, because with 560 bhp this car can do a sprint to a hundred kph in just 3.9 seconds and on to a limited topspeed of 305 kilometers per hour. Bizarre performance, suited in a nice coat, who can’t fall in love with that? 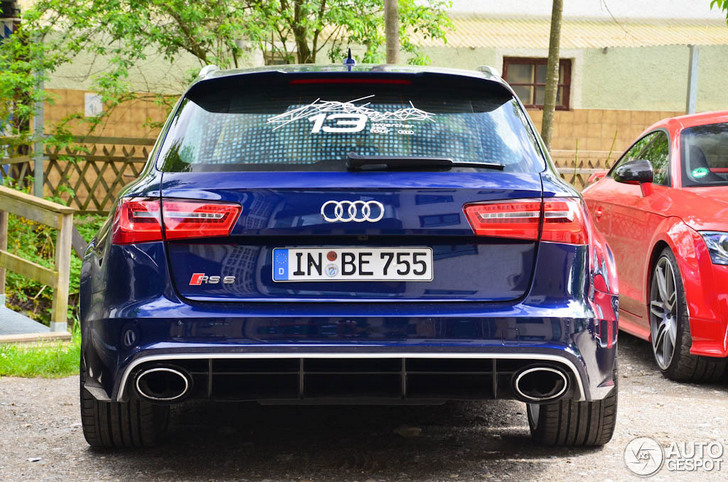