British car manufacturers have a big share in the James Bond movies. In addition to Aston Martin, Jaguar Land Rover now comes with the news that they build some cars for the new movie. In Spectre, the 24th James Bond movie, several cars will feature. The Jaguar C-X75, Range Rover Sport SVR and the Land Rover Defender Bigfoot will all have a role in this movie. All these cars come from Jaguar Land Rover Special Operations.

The Jaguar C-X75 can be seen in a spectacular chase scene in Rome. This scene also features an Aston Martin DB10. The C-X75 models are built in cooperation with Williams Advanced Engineering in Oxfordshire.

During takes in Austria, strongly modified versions of the Land Rover Defender and Range Rover Sport SVR are used. The Range Rover Sport SVR is the most powerful and fastest model ever built by the company. The Defender Big Foot models are allrounders. They are fitted with 37 inch offroad tires to handle every possible surface. The suspension and the body protection are all completely custom made.

Jaguar and Land Rover were already featured in earlier James Bond movies. We've seen a Jaguar XJ in Skyfall and a tuned Jaguar XKR in Die Another Day. 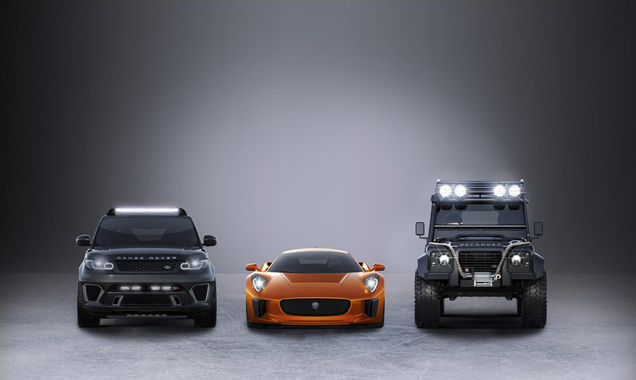