Mansory is one of the biggest tuners worldwide. They tune a lot of different models, all from the highest segment of the market. Not only Porsches, Ferrari’s or Lamborghini’s, but also Aston Martin’s are tuned by Mansory. You can see an example of how a Aston Martin V8 Vantage should look like according to Mansory in the following spot!

What stands out is the bottom part of the car which looks like to be copied and placed underneath each other twice. Exhaust placed under each other, a diffuser which goes twice as low as normal and a special front bumper give the car a really brutal image. That is not the only thing, the side of the car is wider what makes the grill behind the front wheels much bigger. Eventually the car is also lowered but whether this is functional is still a question. The car is really brutal and lowering a car normally doesn’t improve the driving. Fact is, you really stand out with a car like this, which doesn’t look bad at all, or don’t you agree with me? 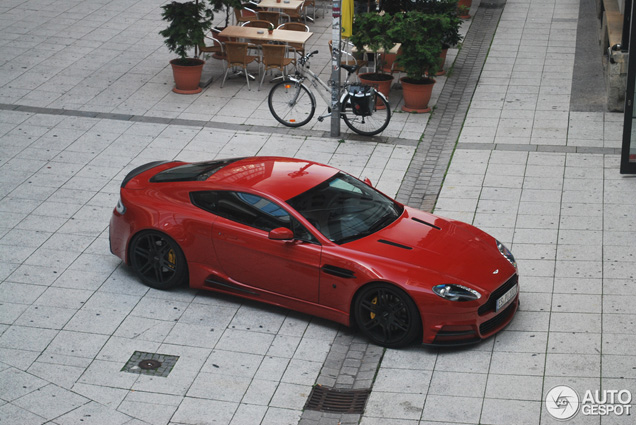