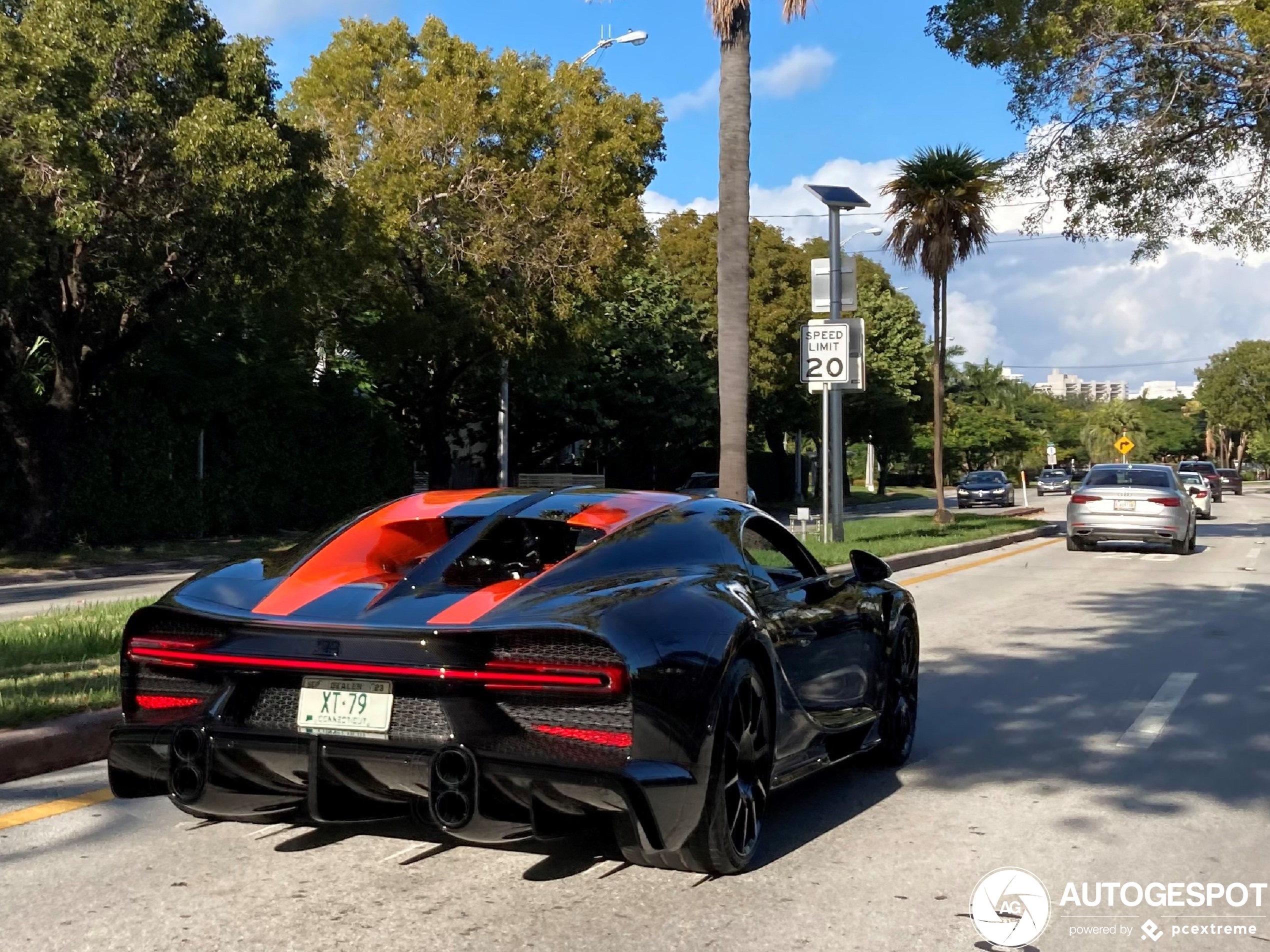 Understandable, because with a maximum speed of 30 miles per hour, the W16 just idles. By the way, this is the first privately owned Bugatti Chiron Super Sport 300+!

The past few days we saw a lot of Chirons on Autogespot. However, none was as special as this one. The Chiron Super Sport 300+ was spotted 16 times before, but in that case it was still a test/demo copy of Bugatti. This time it is a car owned by a private individual! The Chiron 300+ is, of course, a great man-made machine. The rear has been extended slightly and the power of the W16 has been pumped up to 1,600 hp and 1,600 Nm of torque without having to compromise on reliability. 0-200 km/h is on the counter in just over 5 seconds. The 300 km/h is on the counter in 12.1 seconds. Optically, the car has also been tinkered with. We see an extended rear to maximize airflow. By the way, did you know that 30 copies will be made and these were already sold out in advance. As a result, Bugatti later came up with the Super Sport to accommodate customers who had been put on the reserve bank. However, with those copies 300+ has been omitted and they can choose from all colors except black with orange!