It looks like Bugatti is going to succeed. Last week we wrote about the limited Bugatti Veyron 16.4 Grand Sport Vitesse "Rembrandt" edition which was introduced on the Geneva Motor Show. Only three copies were for sale and meanwhile they're all sold. Within a few days Bugatti managed to sell all three copies. Remarkable, because normal Bugattis can't find a new owner but when you come up with a 'limited' edition everybody seems to want these cars.

Customers from the Middle-East and United States will soon get hold of the keys of their "Rembrandt" Bugatti. Rembrandt was Ettore Bugatti's brother and an important sculptor in the twentieth century. This model was the fourth in a series of six models. The fifth model will be unveiled at Auto China 2014 in Beijing, next month. 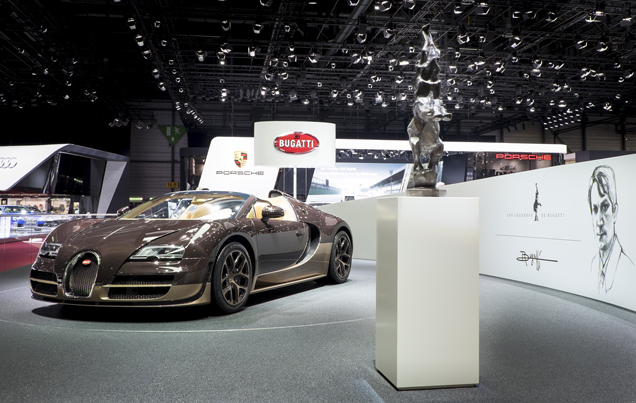