Ultimate luxury, a top speed well over 300 km/h and a W12 engine. This is not a regular sports car, this is the most luxurious and (almost) the fastest SUV that is available at the moment: the 608HP strong Bentley Bentayga


The fact that Bentley was developing a luxury SUV was a public secret. There were many clues and spy shots and Bentley also released quite some teasers. Last year at the IAA in Frankfurt the car was finally revealed. The Bentley Bentayga can practically do anything you may want. Wether you live in the desert, forest or mountains the Bentayga can take you there. 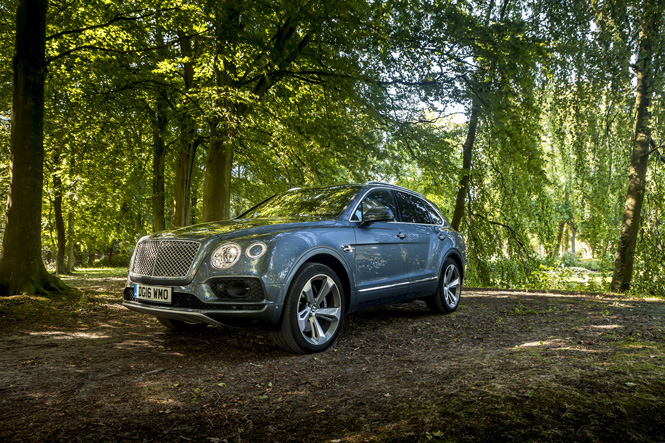 Bentley has tested the Bentayga to the max. Crossing the desert over sand dunes, going offroad into the mud or driving through the forest, it’s all possible. If the Bentayga owners will actually do it? That, of course, is a question that can only be answered in time but by the looks of it these cars won’t see much mud. We had the privilege to test the Bentayga for a few days so we went to test its other capabilities. Of course we know the Bentayga can hold its own on the pavement and it would be a waste to leave the offroad buttons untouched! 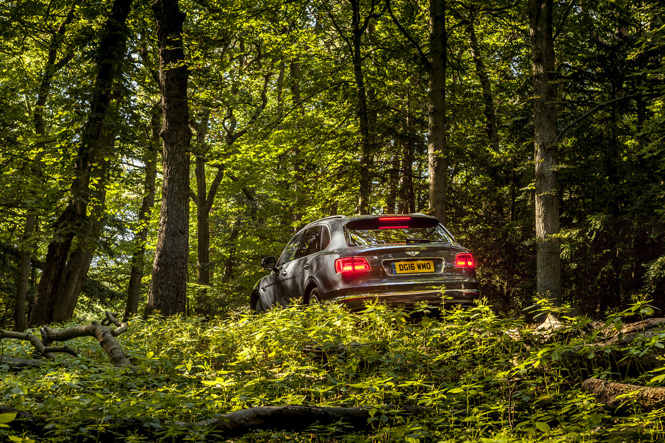 The Bentayga is one of the fastest SUVs in the world. With 608HP the car sprints to 100km/h in 4.1 seconds and it doesn’t stop until it reaches its top speed of 305 km/h. It’s insane but let’s be honest, there’s no way Bentley could release a car that would top out at 220 km/h.

When discussing the interior there is no way anyone can complain about the luxury. The leather seats combined with the height of the car give the driver and the passengers a perfect view of the road. The interior designers have an immaculate eye for detail, and the steering wheel looks and feels like no other. Our Bentayga has contrasting stitching (done by hand) in the color “Brunel”. It’s the same color we have on the dashboard and in the doors. The doors have also been finished off perfectly, the brown leather looks great with the ‘Linnen’ coloured panels in diamond stitching. Top it all off, the wood isn’t from some peasant tree but it’s Dark Fiddleback Eucalyptus. The seats of the Bentayga are also special. They have diamond stitching and of course the Bentley logo. It is clear that a lot of work has gone into these seats. It’s only when you get to see the car and experience its details that you start to understand where the price tag came from. This car costs 212.000 Euros, and that’s without VAT and BPM. In The Netherlands and Belgium these two taxes will bring the price north of 300.000 Euro. With the diesel engine the car will go down a bit, making it an interesting car for The Netherlands. However if you can afford the W12, why settle for less? That would be like an Apple fanboy asking for a Blackberry. 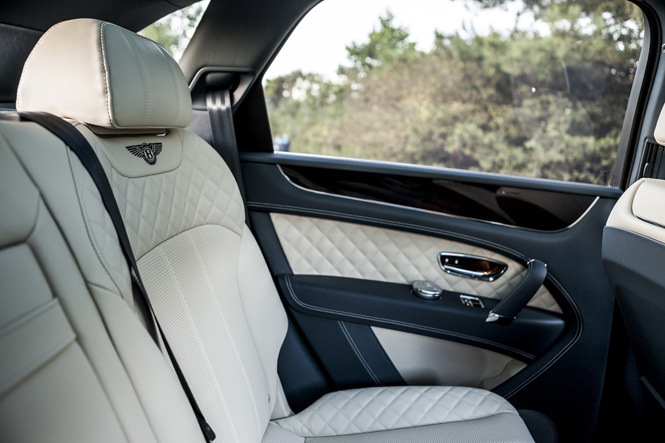 So, let’s get back the the Bentayga and our experiences with the beast. The car is so smooth, it’s almost like driving a hybrid. It’s only when you punch the gas when you notice that the engine sound. Unfortunately the sound is not sporty, at all. It comes nowhere near the Continental GT. This may have been done on purpose but if you drive an SUV like this you expect a good soundtrack as well. We leave the asphalt for what it is and head into the woods. Since this is a 200.000 Euro car we’ll behave and won’t push the limits in the forrest like Carlos Sainz. After a little drive through the woods we decided to go to Ijmuiden to see how the dunes are looking. We were here recently with the G63 AMG, which gave us the opportunity to see how the Bentayga is in regard to its competition and again, it can hold its own. It doesn’t seem to bother the Bentayga at all when you try to climb the dunes and it distributes the power perfectly under the four wheels. This gives us the confidence to see if we can push it a little more because we all know, without confidence you’ll be guaranteed to get stuck. Calling the importer and mentioning that the Bentayga is stuck on a sand dune is a call you don’t want to make, and fortunately we didn’t have to either. The Bentayga is an off road monster, even on normal tires. 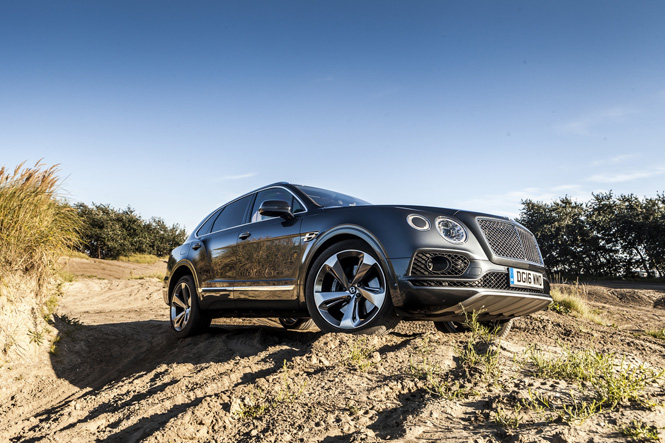 About the exterior. It’s one of those designs that need a little time for you to learn to appreciate it. Especially the rear of the car came as a shock to some sensitive souls. By now we’re used to it and we’ve grown to appreciate it, especially since there’s many subtle hints in the car that show that it’s really a Bentley. 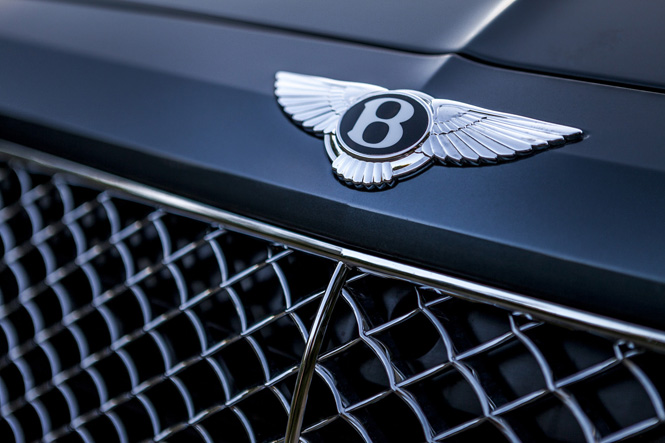 The Bentayga is a car that can do everything. There’s more than enough interior space and the passenger comfort is indescribable. The only thing that you may not like about this car is its fuel consumption. At its worse moment the car isn’t ashamed to have a fuel economy of 1:3. This means that you may find yourself at the gas station a little more often than you may like. However, the car makes up for it. It is worth it.