Corsa mode: engaged. The exhaust valves open up a little bit more, which means there is nothing that can stop the V10 from screaming. Corsa mode is the loudest mode the Lamborghini has to offer. The V10 purrs like a happy kitten, let’s take the Lamborghini Huracán LP640-4 Performante, once the record holder of the Nürburgring, for a drive! 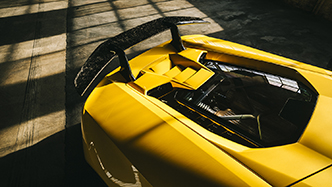 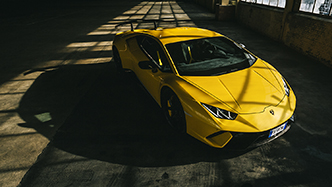 We were fortunate enough to be the first ones in The Netherlands to get behind the alcantara wheel of this Italian factory car. The Italians must have overestimated the cold because the car unfortunately already had the winter tires on. However, on the day we drove it the temperature did not drop below 8 degrees celsius, a blessing and a curse. With the summer tires on the car could’ve been pushed a little bit more, although at no point in time did we feel like pushing this car to its absolute limits. The winter tires do influence the handeling of the car. The ABS kicks in significantly earlier and because of the soft tires you’ll feel the car wobble through a fast corner. It makes the car feel like it knows it’s underperforming but can’t really do anything about it. 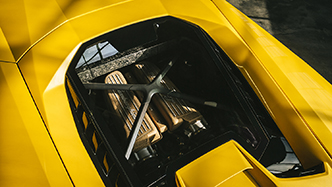 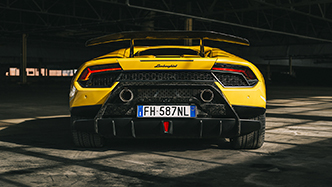 The Huracán Performante is the new showpiece, full of innovations. First of all Lamborghini introduced “Aerodinamica Lamborghini Attiva” (ALA, the italian description of ‘wing’), active aerodynamics hidden inside the front bumper and rear wing. Especially the rear wing system is ingenious to say the least. Two valves on the hips that work independent from each other to create an airflow to the inside, which then leaves over the rear wing. Because these valves are independent from each other they can create pressure on the left or the right wheel, which is very helpful in corners. The front bumper also hides two valves. These create less front axle lift at high speed. All in all, you can confidently take a corner at high speed because you know the car will be perfectly controllable at all times. One important detail: the front valves do not work independently, it has no added benefit and can even cause instability. 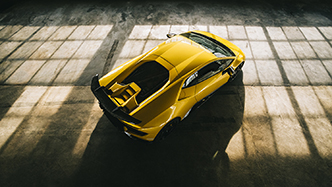 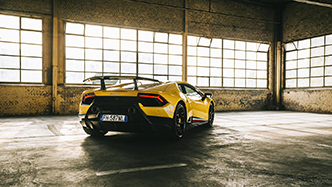 The engine is, of course, the strongest V10 Lamborghini has ever produced. The engine is good for 640 hp and 600Nm torque.The best part of the engine? You need to take it to 6500 rpm if you want the full 640 horses to your disposal and this comes with an insane sound from the exhaust system. One hand is not enough to count all the times we took it over 6500 rpm. The engine was developed partially with the knowledge gathered from motorsport such as the Blancpain and Super Trofeo series. By adapting these technologies, the Huracán is the perfect track toy. Some circuits may become difficult due to sound restrictions however Lamborghini took this into account. The Huracán Performante can be put in three different modes which also affect the volume of the exhaust: Strada, Sport and Corsa. As written before Corsa is the most hardcore mode, with virtually no muffling. We can say from experience that Antwerp is not the most suitable city for this mode. The city is paved with cobble stone so if you want to prevent an acute dental appointment, Strada is the way to go. Strada is the softest mode the car has to offer, literally. Strada is good for long drives and has the added benefit of a fully activated ESP system. Sport makes things a bit more interesting and is, in our opinion, the best mode for the car. The ESP system is taken down a notch which enables you to take a corner with a bit more, how should we put it, style… In corsa all hell breaks loose. In corsa, ractically the only function of the ESP system is to distribute power per wheel. This results in the most grip possible and the best lap times possible. Of course the skills to pilot around the track are still necessary. This car can do a lot, but not everything. 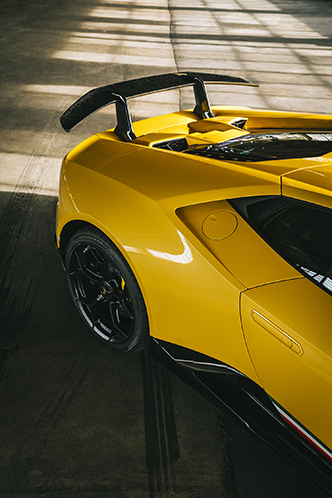 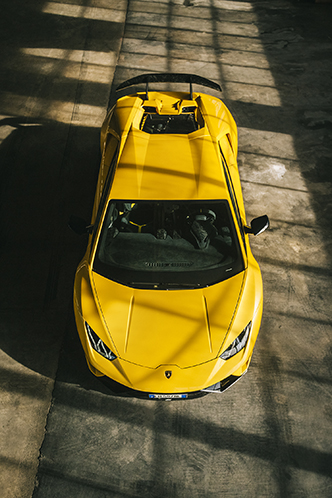 As we mentioned before, Lamborghini spared no expense to make sure the Performante is successful. We were already convinced about the car’s significance but then we took a closer look at the car. It became clear that Lamborghini did not hold back when it comes to the different types of carbon fiber. The body of the car is made out of lightweight aluminum and Forged Composite. A unique mix of carbon fiber and resin that can be molded into any shape imaginable. Apart from it being ultra light and super strong, it’s truly beautiful. This material can be found inside and outside the car. It is in the front bumper, rear wing and diffuser, center console and ventilation rosters. By using this high tech carbon they managed to shave off 40 kg. Lamborghini is the only manufacturer where you will find such carbon. They invented and patented it. 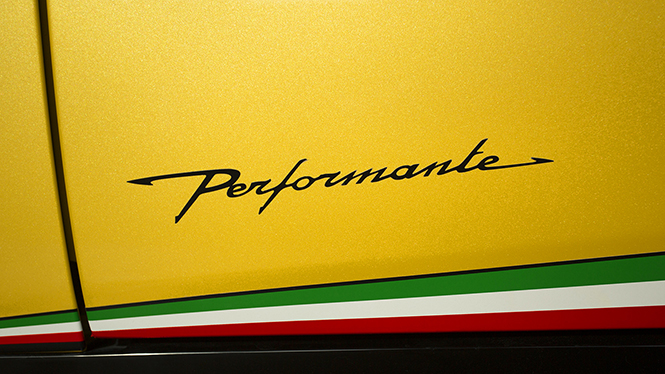 Driving the Lamborghini is all smiles and joy. With a V10 in the back this is expected. The steering is great and very responsive, despite the electronic power steering. This is notorious to be dull and less intense. Nothing is further from the truth. Every corner can be taken with surgical precision. Of course this is also due to the roadability of the Performante and the seating position. You sit on the floor which means you feel one with the car. The car can tell you exactly what you’re doing and this is communicated partially thought the hips. It can even be better. Our performante was equipped with comfort seats. If you select the carbon fiber seats the ride becomes even more intense. Ultimately though you will regret it because there is no such thing as comfort in the hardcore seats. 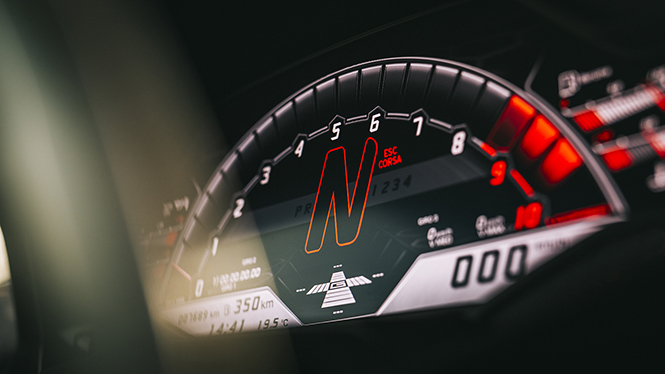 The demo we drove is listed at €364.978. It is worth every penny if you take into account the revolutionary technologies Lamborghini managed to cram in the car. Even though the dashboard feels very Audi-like you are reminded you’re in a Lamborghini every second of the journey because of the enormous amant of carbon fiber and alcantara in the interior. It lives and breathes everything the Italians stand for: sporty and exclusive. The first units are already on the roads and we can only commend that. A Ferrari is a lot cheaper but it is just not the same. The V10 is a deal breaker that motivates you to choose the Lambo every day of the week, the 488 GTB simply cannot compete.