About 2 weeks ago, i was visiting family down in Kent. On the weekend of when i was visiting, i found out that there was a big event which was being held at the famous Brands Hatch circuit, which is not too far from Maidstone, where i was staying at the time. This event, was the 2013 Lotus Festival, one of the biggest gatherings of Lotus cars in not only the UK, but in Europe too. I spoke to my brother about the event, and we thought it would be a good idea to take the family with us. My family have been big car fanatics all our lives, and my mother used to work at Brands Hatch, so it would be a blast from the past for her. This event would also be a good opportunity to write up a report on the event too.

With my Autogespot T-Shirt on, we drove around 20 miles to the Circuit, not too far from London. As we parked up at the spectators car park, we got a taste of what the event would really be about, especially with what was parked amongst our Peugeot 206. Lotus Exiges, Elises, Elans, Esprits and Evoras were scattered throughout the car park. Some much rarer cars including the Lotus Carlton were also parked too, as well as some non Lotus sports cars such as an Audi R8 and Mercedes-Benz C 63 AMG Coupe. Going through the gates of the track, you really sense, how big the event really is.

The event was on for two days, however i only attended on the last day, as the first day had rather horrible weather. The second day was definitely the day to go for. The Lotus Festival had more than 500 cars attending the show, and there was pretty much every single type of Lotus that you can imagine, parked up. Old Lotus 1200cc's, Lotus Sevens/Caterham Sevens, Esprits of every generation, Lotus Carltons, rare 340R's, old and new Elans and the recently announced Lotus Exige S3's, using a V6 engine from the Lotus Evora. There was also a stunning example of the 1963 Lotus Type 25, as driven by Jim Clark. As 2013, the year was quite a special one, as it was the 50th anniversary of the Lotus Cortina, Colin Chapman's take on a performance version of the humble Ford Cortina. To celebrate, a parade was held of an uncountable number of these Lotus Cortinas. I had never seen a Lotus Cortina before, yet the parade had literally hundreds of them.

Whilst the parade was going on, i was approached by a spotter, who noticed my Autogespot T-Shirt. He is known as Spykerforce, a really nice guy who i saw on a few occasions at the Event. We talked for quite a bit, talking about how the event went. He told me that he had come from Belgium, to the event in his friend's Lotus Elan, and was staying at a hotel just outside the track. He also showed me some unique pictures of one of the Lotus racing cars spinning on one of the corners at Brands Hatch from earlier on in the day, something i missed unfortunately. Overall, it was quite cool to meet him during the event. 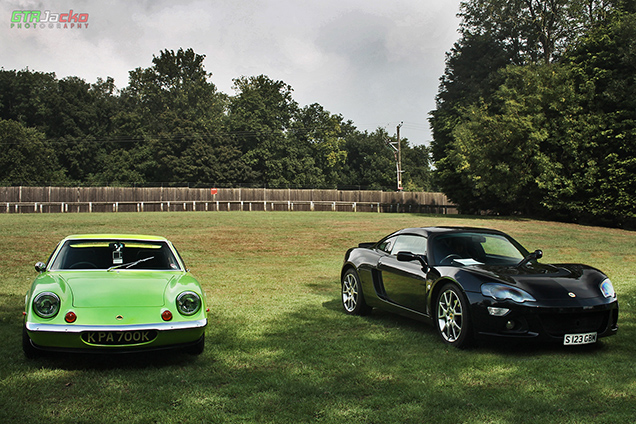 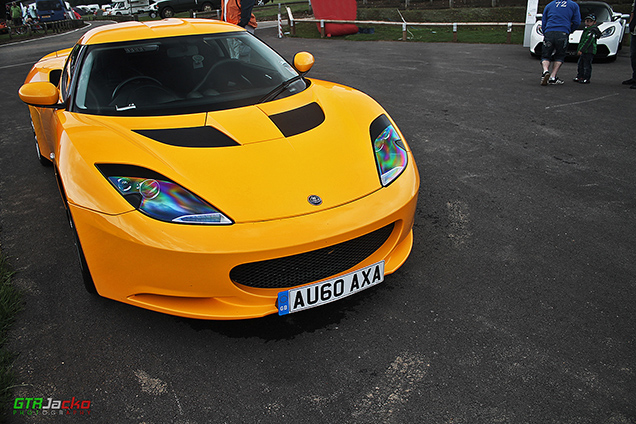 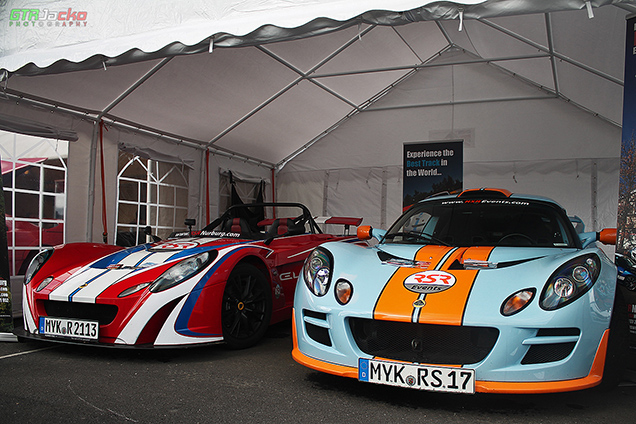 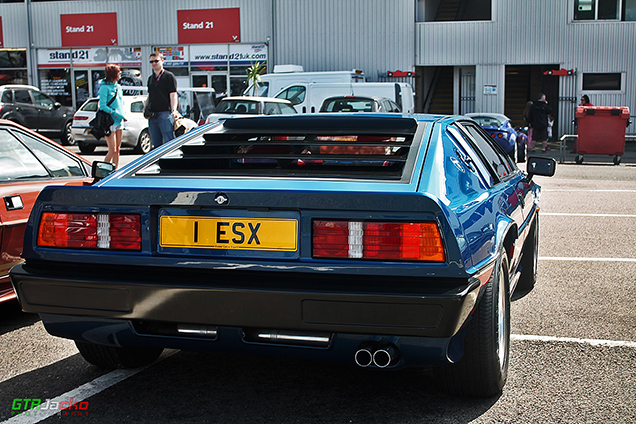 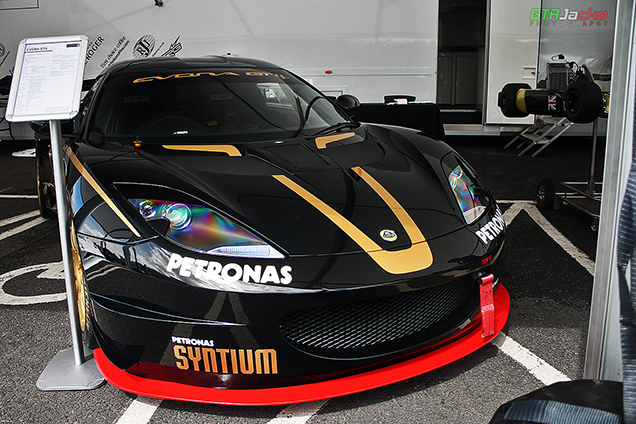 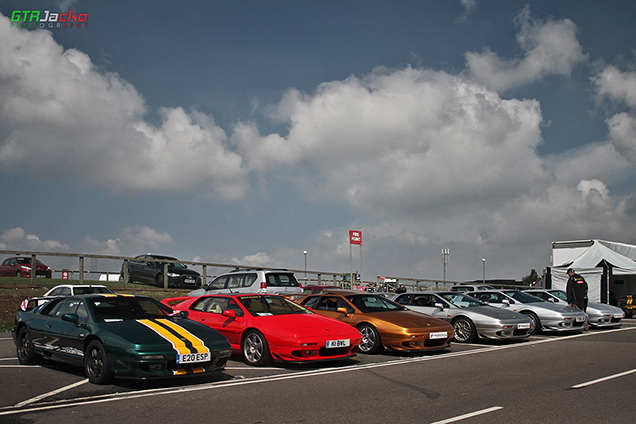 Whilst walking around the show, i noticed some really nice cars around the paddocks area, so i took my nephew to the paddocks, to see what we could find around there, something that the normal public don't usually have the chance to get close to. My nephew also had his little Vivitar camera at hand, ready to take some photos of the cars. We saw quite a few of the cars which had finished racing on the track, some race spec Lotus Cortinas including 1st and 2nd place cars. We saw some of the saloon racing cars, Golf MkII cup cars, Lotus Cup Europe cars, and even some unexpected gems including an Aston Martin Vanquish S, Lotus Evora Enduro GT Concept, Mercedes G55 AMG and of course, the scattering of other Lotus cars. 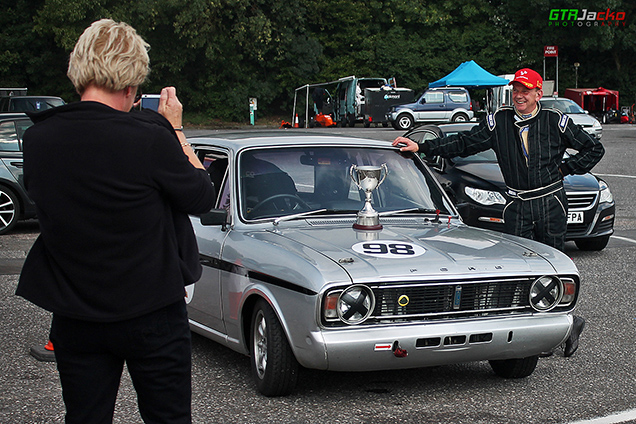 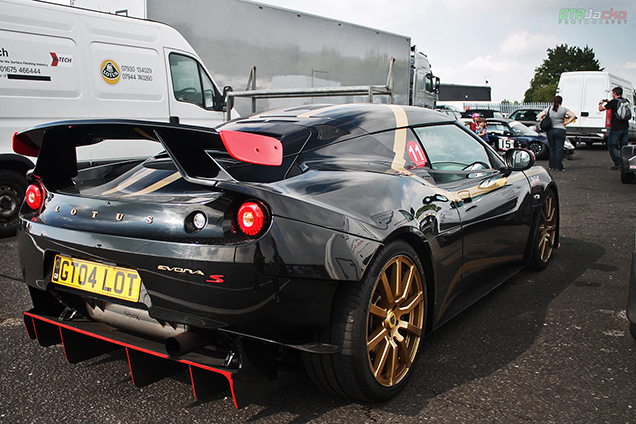 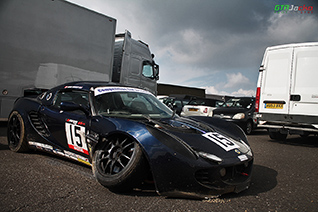 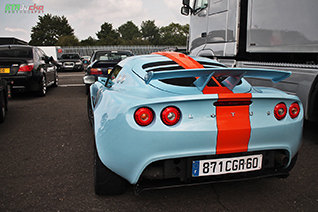 The track had a lot of action too whilst i was at the festival. As i arrived, i had just missed the Ariel Atom cup, but managed to witness the Lotus on Track Elise Trophy, on it's 5th race at Brands Hatch, Lotus Cup Europe which were on it's UK leg of the championship having come from Spa, Lotus Cup UK, MkII Golf GTi Championship, the Champion of Brands cup and the Lotus Cortina 50th Anniversary races. There was also a show of two stunning old Lotus F1 cars, including the Lotus 63 used in the 1969 season, and an old Lotus John Player Special car. The sound from both the F1 cars, was absolutely unreal, there really isn't anything like it at all. 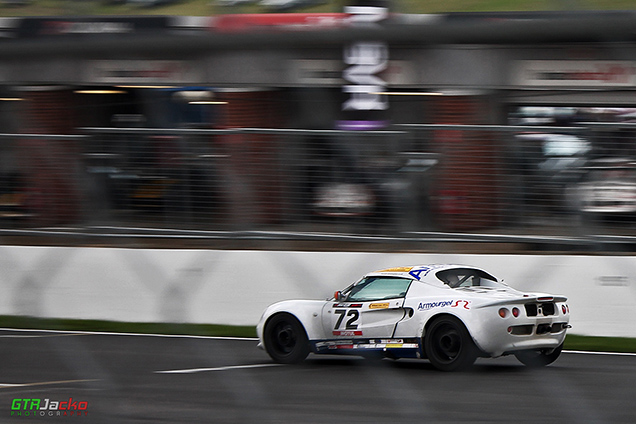 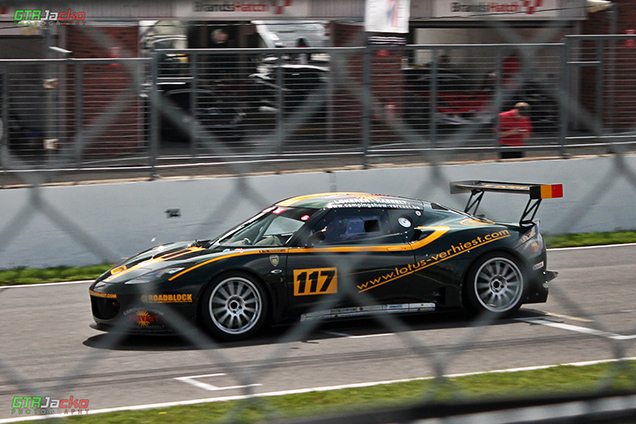 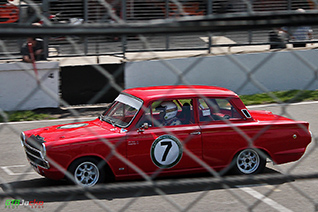 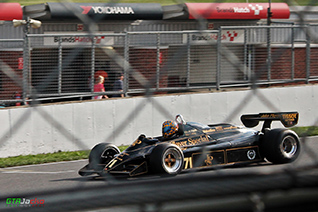 The whole event was an absolute joy to attend, photographing some truly special cars. I honestly don't think i will forget about it for a very long time. An amazing family day out, and a Lotus Enthusiast's idea of heaven.