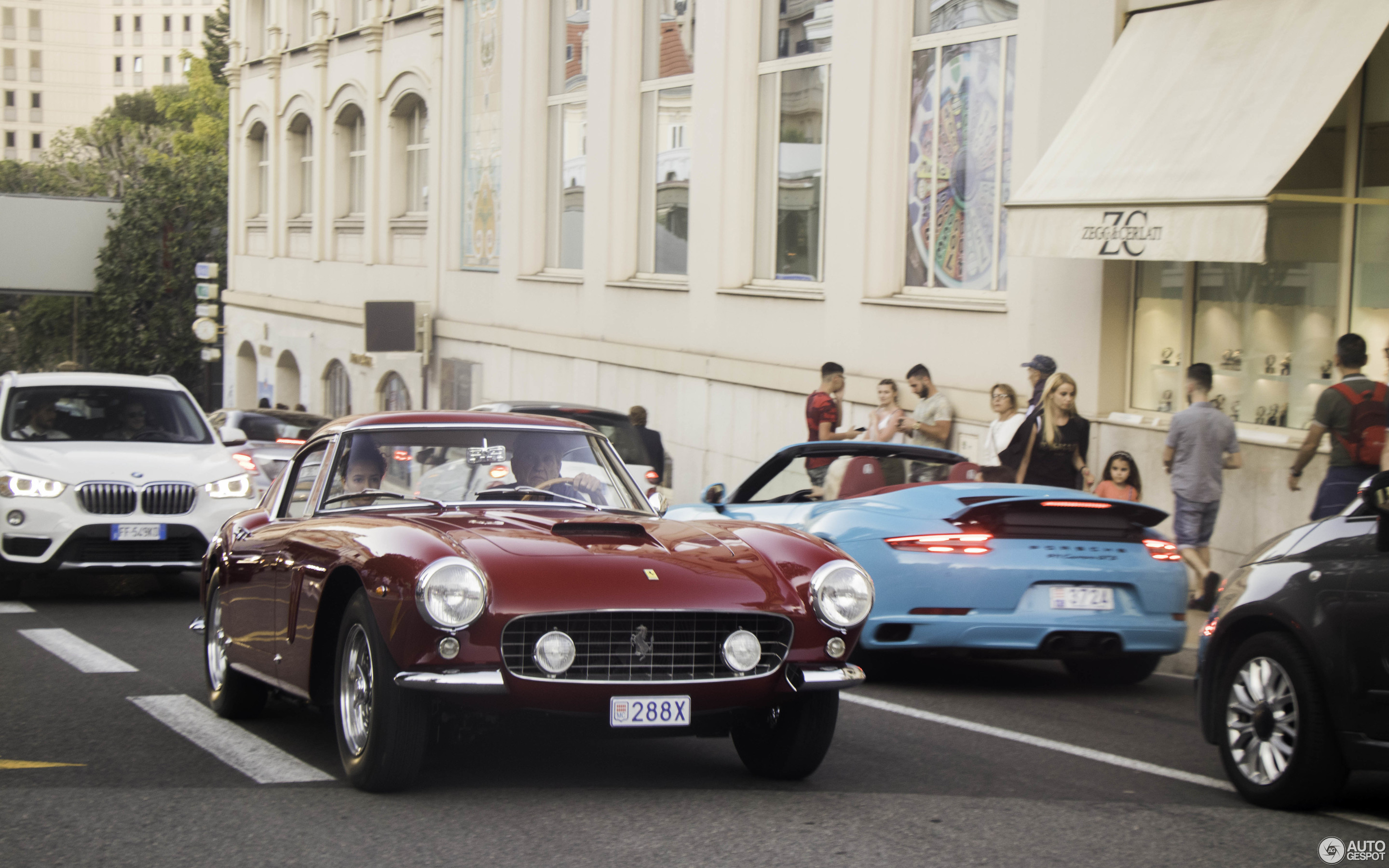 My hotel was in the mountains of Monaco, and in the afternoon I would return with friends to the hotel to rest for an hour and then go back to Spotting, after we went down to the casino I saw the purple C63 That you can see in the first picture and immediately after it I see this amazing Ferrari! I started To take Pictures of it and realized that my settings were not good, I did not have time to change so I put the camera on automatic mode and took it again, I immediately sent to my friends whatsapp that I saw this vehicle and at the same time I saw a lot of photographers running in some direction and boom! Red Ferrari Laferrari I was shocked but the Ferrari turns towards the Metropole Hotel, then I went down to the square and a friend of mine who was driving at the same time in the Apollo van when he photographed the Apollo IE Sent me in Whatsapp that Ferrari 250SWB and Ferrari LaFerrari on my way, and I caught them both on camera, you can see them Together in the third picture. I'll put The Link Of the Laf In the Comments