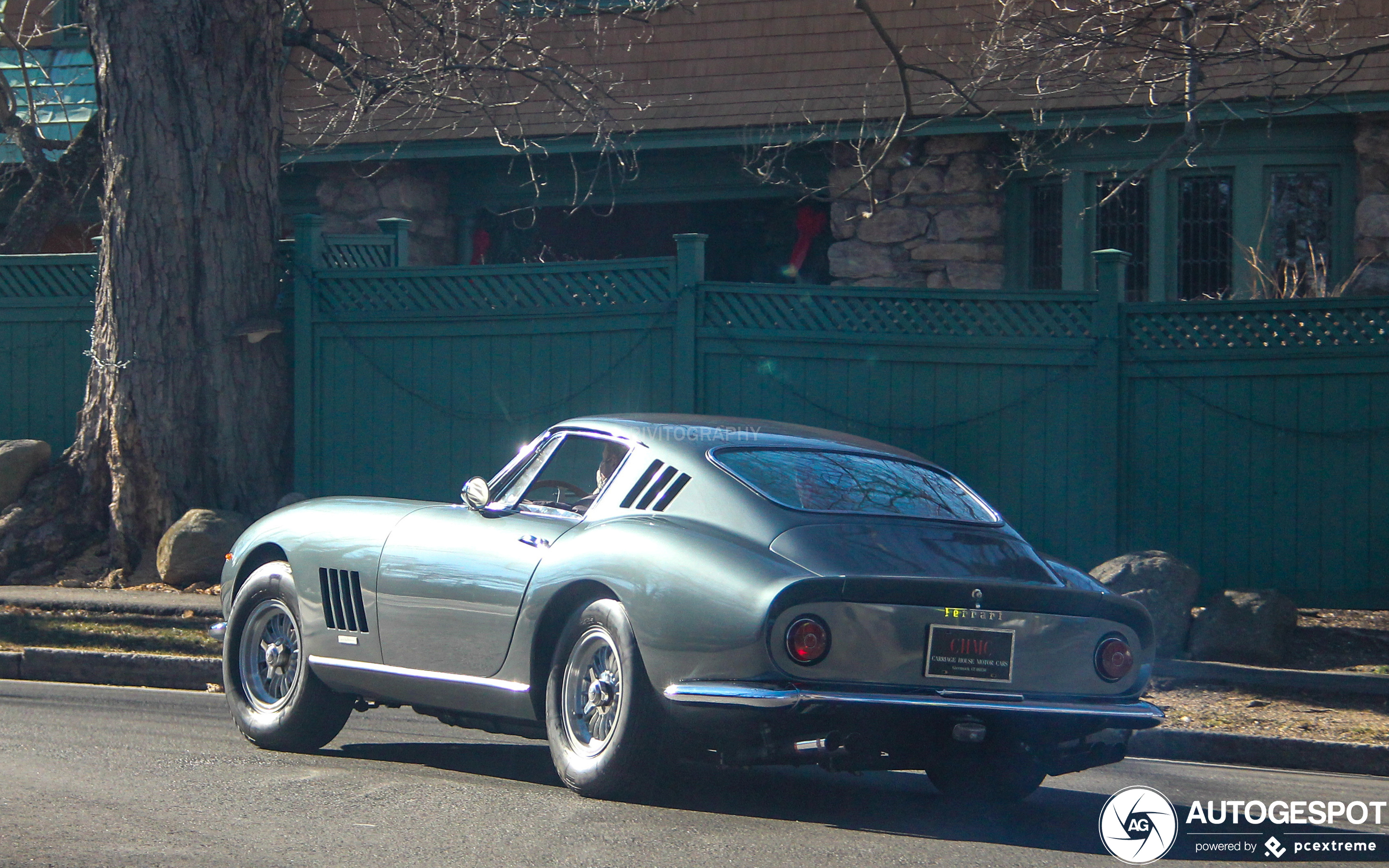 Might have hit the holy grail with spots today (1/24/2021). I was heading to Greenwich to my usual weekend spotting when I spotted this immaculate 1965 Ferrari 275 GTB driving on North Street. Upon further research, this is a prototype car. Carriage House Motor Cars, the dealership selling this car, states that it was built with some "unique prototype features" such as steel Long Nose body and CV joints. The listing also states that these features "were constructed by Ferrari long before production was introduced into later serial numbered examples. This example still retained Short Nose features like the Short Nose style hood, riveted competition-style gas tank centrally located in the boot, internal boot hinges and smaller rear glass. Another detail is the famous Cavallino Rapante on the grill, not something found on normal Long Nose examples. The unique build features are recognize by the Ridgley 275 Production list and sports the same build features as another 275 Prototype built in series directly before this example." So basically this is a hybrid between a Long Nose and a Short Nose. I will link the listing in the comments below. As for the spot itself, all I can say is wow! I never thought I would spot something as cool as this just randomly driving on the road! I'm not sure why this car was even outside today as Carriage House Motor Cars is closed on Sundays and it was below freezing outside. Either way, this is already one of my best spots of 2021!