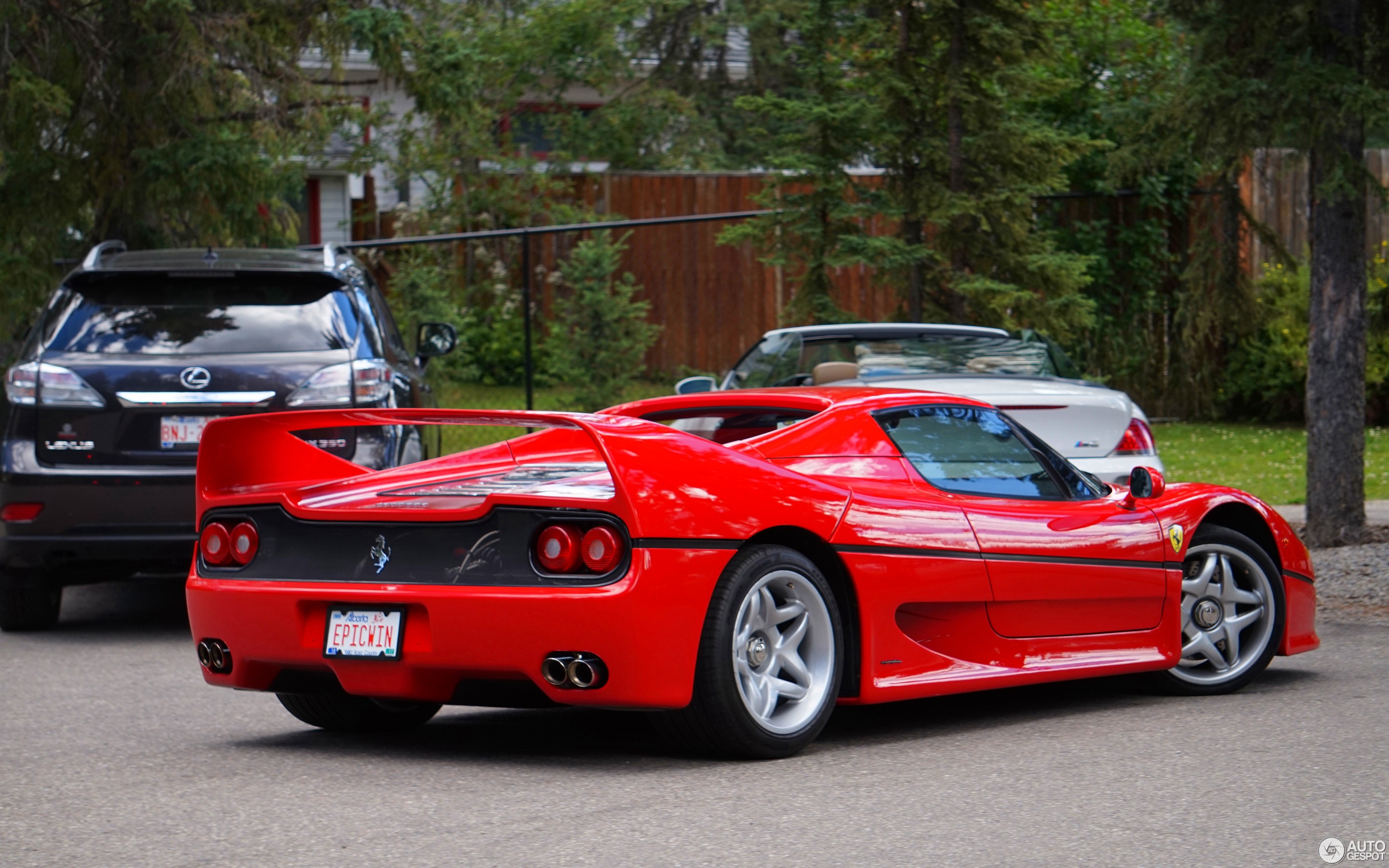 Re-upload of this crazy F50 that I saw back in July. I met @F40Photography at a car show in Calgary and he told me the owner of this F50 (IG: fca_alberta, he also owns a Carrera GT and a 599 GTO) was planning to drive to Bragg Creek on the next day. I was also planning to drive to the Canadian Rockies, so I decided to look for this car. I drove to Bragg Creek at noon and found this F50 at a restaurant. I've seen this car on local carmeets several times, but this is the first time for me to find it on the streets. This "EPICWIN" F50 was also at Monterey car week of this year with two other F50s. IG: star080_sp