Last year, 1.001 new copies of the Aventador Lp700-4 found their way to their rightful owner. Lamborghini doesn't only sell their cars in the traditional markets like Europe and the United States but in the last few years they sell cars all over the world. From Thailand to Brazil, but also in Puerto Rico. That's where this first Lamborghini Aventador LP700-4 on Puerto Rico arrived at its owner, last week.

Most of us will know Puerto Rico as the destination for your holiday. The island has almost four million inhabitants of which most make their living via tourism. The Aventador LP700-4 is bought by a doctor in the northern region of the island. His Aventador LP700-4 is painted in the colour Arancio Argos. It's great to see more and more supercars from all over the world.

It seems that there's a small group of spotters on the island and we hope to see some more amazing spots from Puerto Rico soon. Puerto Rico seems to have some amazing supercars driving around including a Spyker C8 Spyder!

Jorge Benitez, thanks for the photos! 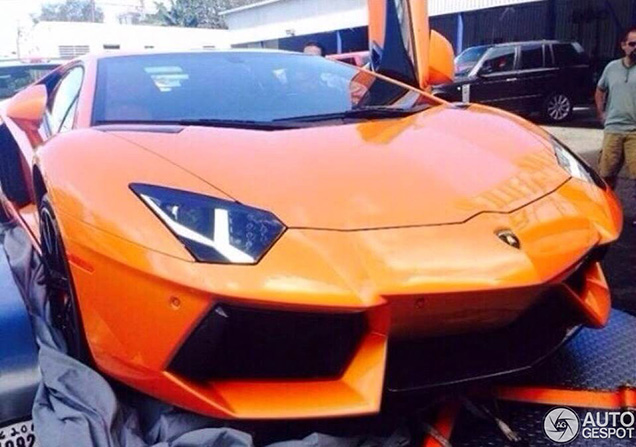 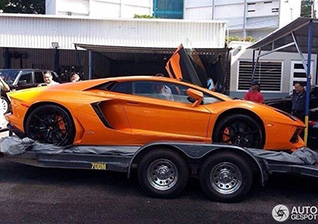 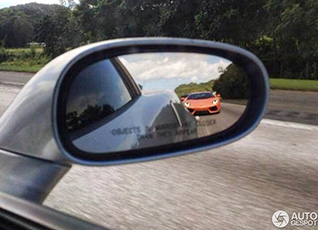