First spots of the newest Porsches belong to fun spotter. He now has the first Porsche 992 Sport Classic without camouflage again.

Porsche introduced the second model in the range of four exclusive special editions within the Heritage Design collection. The 911 Sport Classic, produced by Porsche Exclusive Manufaktur in a limited edition of 1,250 units, is inspired by the distinctive design of the 1960s and early 1970s. Like its predecessor from 2009, the 911 Sport Classic (997), the design of this 911 is based on that of the first generation 911 and in particular the 911 Carrera RS 2.7 from 1972. The exclusive 911 immediately stands out for its extra wide body of the 992 Turbo, a fixed rear spoiler that resembles the legendary 'ducktail' of the Carrera RS 2.7, and the body color Sport grey metallic with double striping. Another striking detail is the special roof with its striking recess. That way you can be 100% sure that it is an original Sport Classic. There's more special about the Sport Classic. The 3.7-litre bi-turbo six-cylinder boxer engine delivers its 550 hp power exclusively through the rear wheels, placing the 911 Sport Classic between the 911 Carrera GTS and 911 Turbo in terms of performance. A special air inlet has been designed and is an important feature of the 911 Sport Classic concept: the air is drawn in through ducts under the rear spoiler. That's why this 911 doesn't have air intakes in the rear side panels like the regular Turbo models. 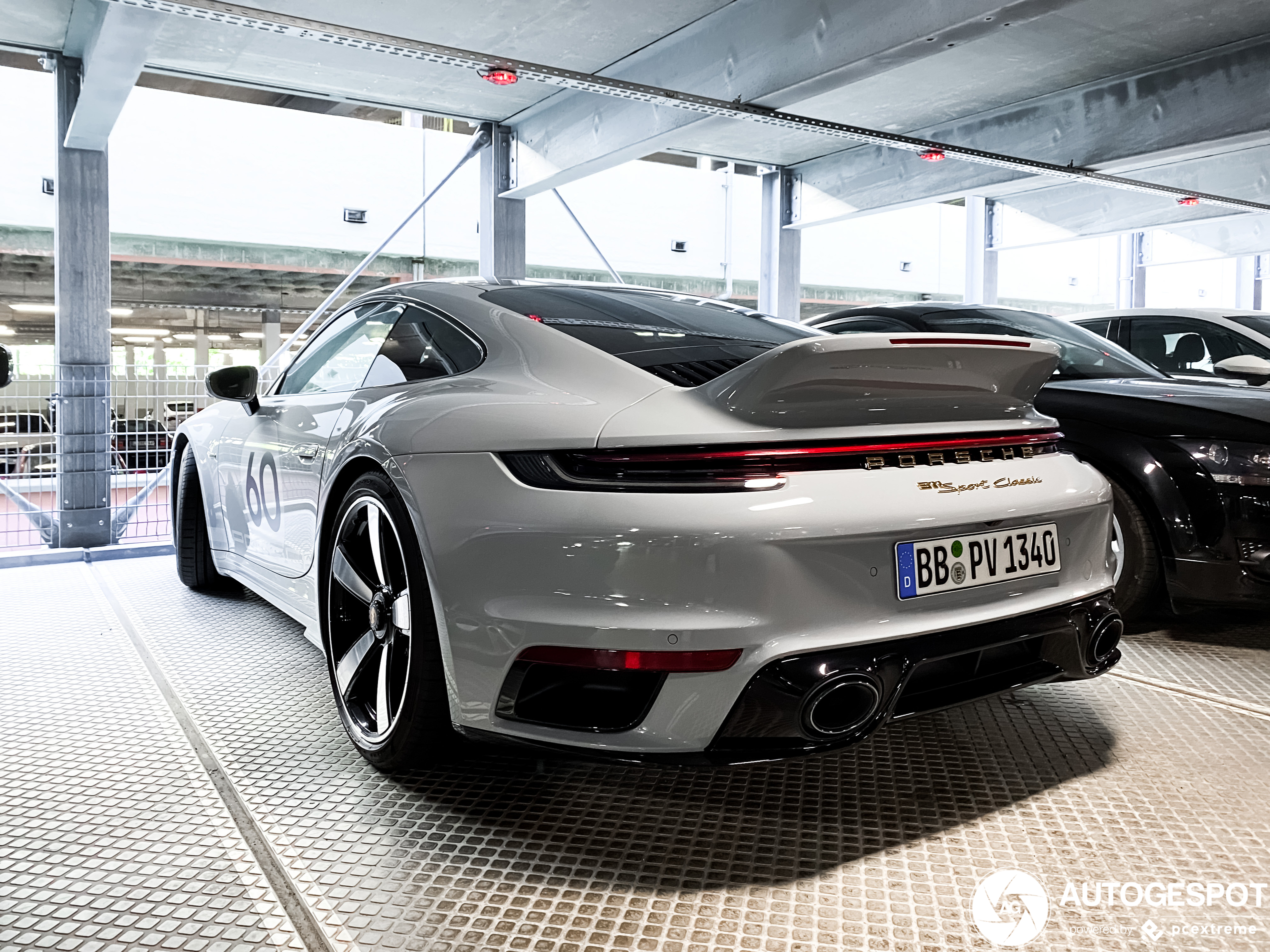