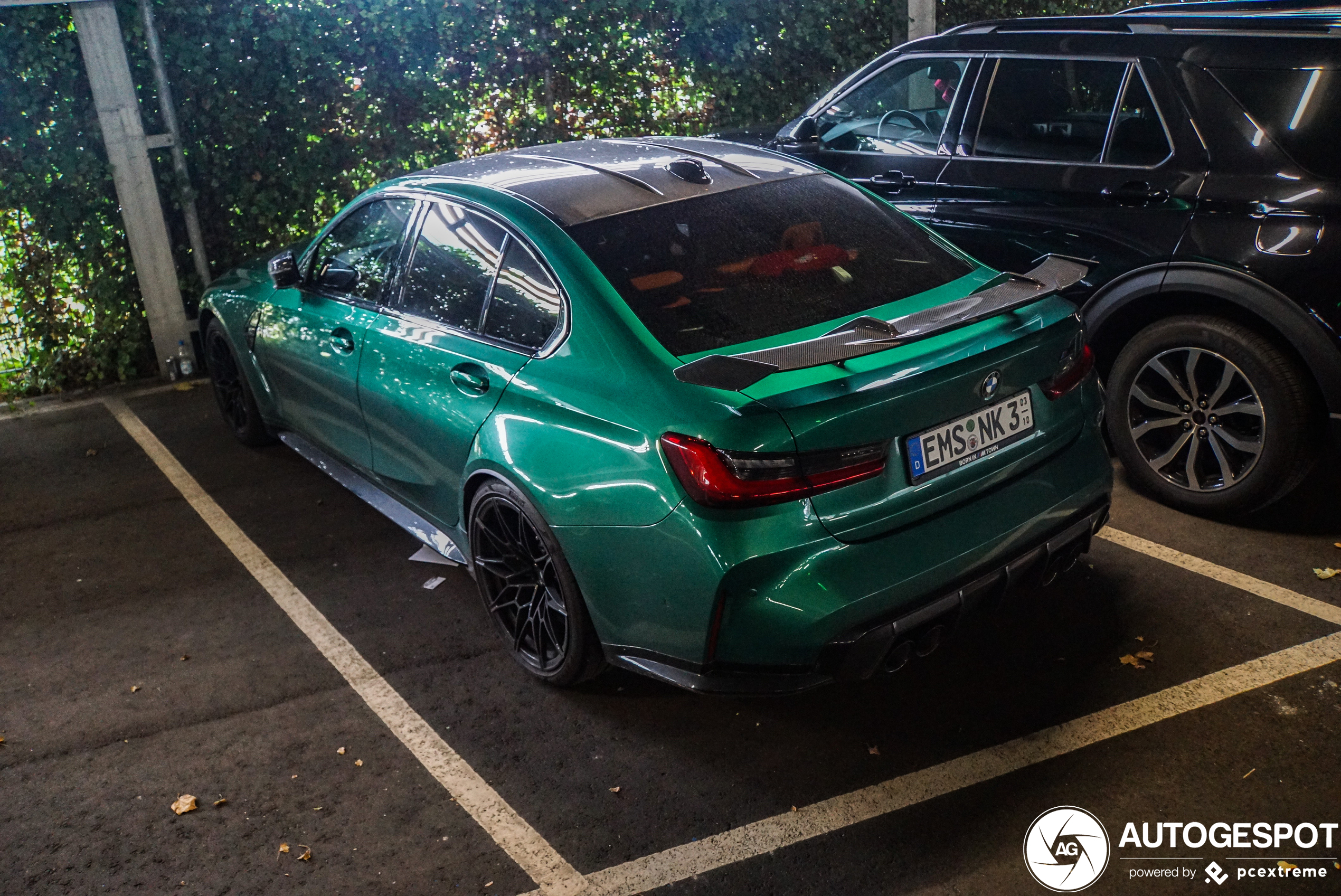 Manhart had taken care of the BMW M3 fairly quickly. The six-in-line block is therefore an easy victim to tune. That was already the case with the previous generation M3 and this time too the MH3 600 was spotted for the first time in Roermond.

The name MH3 600 is a bit misleading. Because there is no 600 hp under the hood but no less than 630 hp! A gain of 120 hp compared to the standard M3 Competition of which the MH3 is the basis. The torque has also increased by 130 Nm, resulting in a maximum torque of 780 Nm. The MH3 600 thus becomes a real rocket. 0 – 200 km/h is done in no less than 10.5 seconds. 100 – 200 km/h is done in 6.42 seconds and the top speed is well above 300 km/h! However, it does not stop at adjusting the power alone. Just like with this spotted example, Manhart has adjusted the diffuser and mounted a set of concave wheels. To make the party complete, a new exhaust including downpipes has been developed and installed to impress the people on the streets with the sound!