From the European continent to Canada: Jaguar XJ220S TWR

To spot a normal XJ220 is quite a daunting task. To spot a XJ220S TWR is an almost impossible task. But spotter ElevatedRarityToronto was at the right place at the right time to spot the ultra rare exotic.

Since this past Summer the car moved from the UK to Canada. The car was under fine care but it was time to move to Canada, where the new owner, according ElevatedRarityToronto uses the car as a Summer Daily. The original Jaguar XJ220 was introduced in the late 1980s as a concept; response was so strong that Jaguar enlisted Tom Walkinshaw Racing to conduct a feasibility study to determine if a production series would be possible. Although production was promised to be limited to just 350 units, Jaguar took deposits for 1,500 cars, which was then pared back to the originally promised limit.The standard XJ220 had a body built of aluminum. TWR modified nine of these cars; three examples were transformed into the XJ220C to compete in GT racing, while the other six were designated as XJ220S. The XJ220S model, like this example, was comprised of five “standard” units and one additional “modified” version. They were produced as road-going cars built to comply with homologation requirements.
The Walkinshaw-built Jaguars were stripped of their aluminum body, save for the door skins. The original panels were replaced with carbon fiber and the XJ220Ss were also given a front splitter, wider sills and an adjustable rear spoiler. The additional body kit produced an even more menacing stance than that of the production XJ220. The carbon-fiber panels helped reduce the curb weight to a lithe 2,379 pounds, impressive for an 18-foot long Jaguar. The twin-turbo V-6 powerplant was overhauled to produce a whopping 680 horsepower and over 526 foot-pounds of torque. 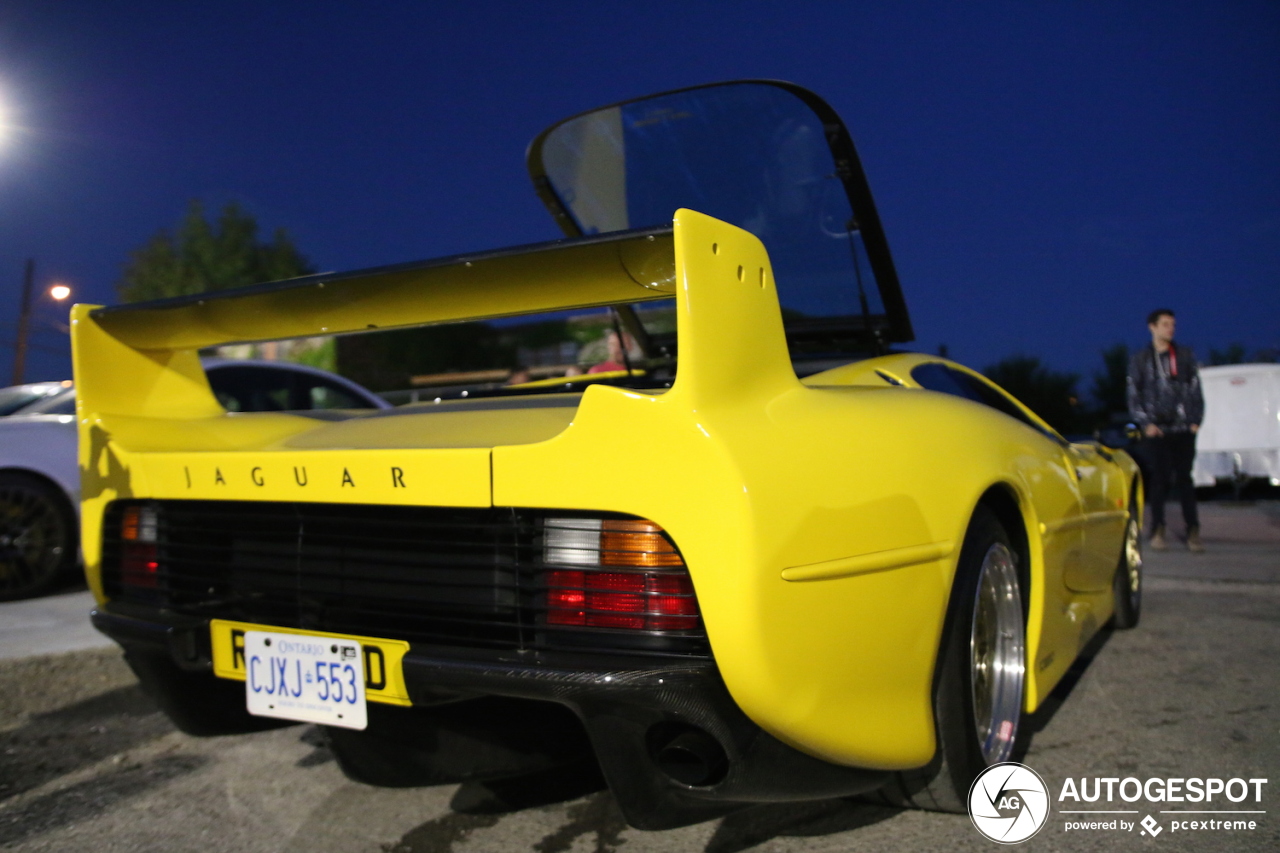