For a while now we are seeing a lot of spyshots of the upcoming Mercedes-AMG GT. Lots of people are talking about the new Black Series but as we all know the Black Series gets introduced at the end of the model's lifecycle. Time For Mercedes-AMG to think about a new name and we can reveal that name to you!

The Mercedes-AMG GT R, which will be the official name, will be revealed within six months. The AMG GT R will feature a fixed wing, wider wheel arches and bumpers. Also the new 4.0 liter V8 engine will produce more power. It will produce around 20 bhp extra which results in a total of 530 bhp! The car is already ready and some finetuning is still being done by the engineers. Geneva will come too early for this model but we think Mercedes-AMG is focuses on the New York Motor show that will open its doors in April! 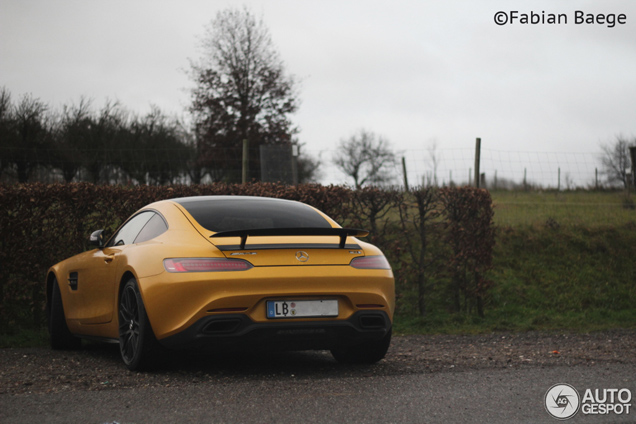