Generations of supercars next to each other: mega combo in Dubai

Who lives in Dubai will soon have seen enough supercars. Simply because you see them all the time and everywhere. It is just like in Monaco, a real madhouse. But the next combo that spotter M.Hassan spotted is probably quite unique, even for Dubai standards!

We don’t see so many different types of supercars together very often. The Ferrari Enzo Ferrari is a supercar that is on the market for some years now, ten years to be precise. The SLR was first produced in 2004 but still looks fantastic just like the Enzo. A bit more new is the 1001 bhp strong Bugatti that was produced for the first time in 2005, and this one is still being produced. However only as Veyron 16.4 Grand Sport, the topless version. Then we see two other supercars that were spotted, a FAB Design Gullstream and a Lamborghini Gallardo. Both are qualified as ‘lower status supercars’ compared to the three other supercars that we have mentioned, but of course they are at least as impressive. Especially the FAB Design Gullstream is very rare, although this model is quite popular among the Arabs. Which supercar on this picture do you prefer? 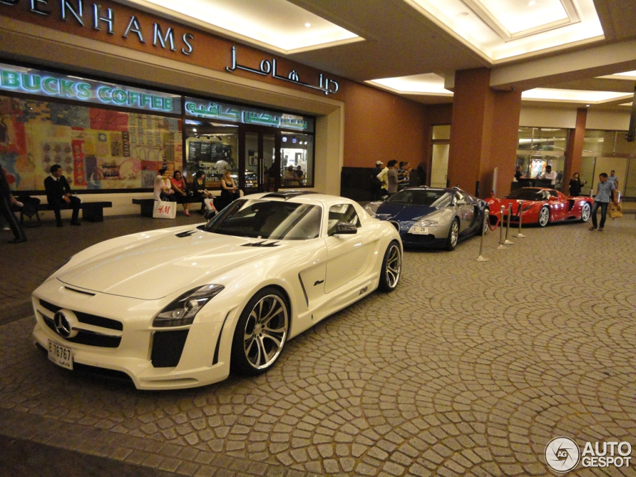