Ferrari fanatics can probably all remember the year of 1984. In 1984, the 288 GTO was presented. It was the first Ferrari supercar ever made and it was the start of a unique generation of supercars coming from Maranello. In 2002, the last supercar followed in the shape of the Enzo Ferrari. An incredible monster which created an earthquake in the automotive world. Now, in 2013, it’s time to meet the new supercar from Ferrari and this car will write history in the next few years. Meet the LaFerrari!

Where do we have to start? Compliments to Ferrari for the fact that they managed to keep the car a secret until thism orening. At this moment, there’s only one real competitor for the LaFerrari, the McLaren P1. But McLaren already released all the news regarding the P1 and that’s very boring. Ferrari managed to keep us excited until the very last moments. It was a real countdown before they took the curtain of the LaFerrari. Ferrari worked intensively together with Felipe Massa and Fernando Alonso. The LaFerrari is the combination of esthetic research and aerodynamic functionality. Ferrari’s Styling Centre worked together with the engineers and other departments to eventually create this beauty.


A group of GT and F1 engineers developed the chassis of the car and this resulted in a maximum stiffness and minimum weight. Compared with the previous supercar ,the Enzo Ferrari, the stiffness of the chassis increased with 27 percent and the weight is reduced with a stunning 20 percent.


The describe the looks of the Ferrari, we have to take a good look in the history books. The looks come from the Ferrari’s prototypes from the sixties like the 330 P4 and the 312P. The ratio of the measurement of the front and wheel arches are in line with the Ferrari tradition. The driving position of the LaFerrari is a completely new concept and looks like an F1 car. Fernando Alonso as well as Felipe Massa were involved in the development, resulting in a functional cockpit.


A total of 499 copies will be made. For those who are interested in this car we have some bad news. All copies are already sold! 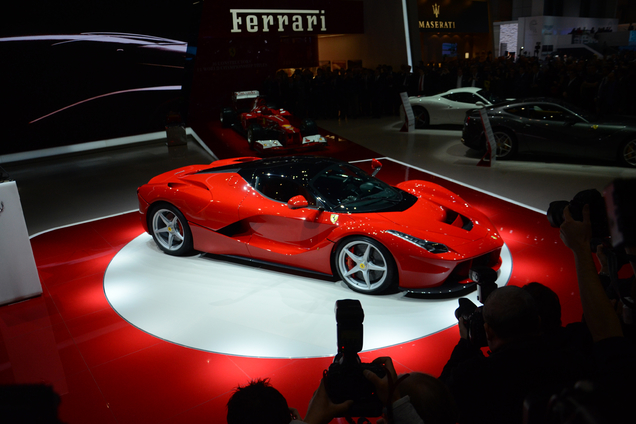 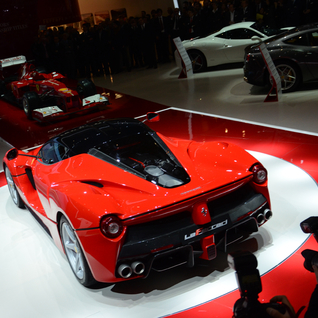 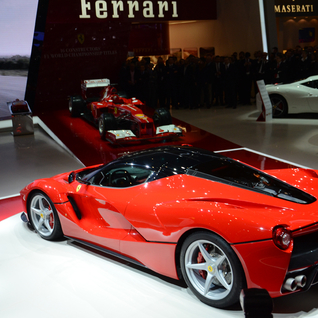