The most important car on the stand of Maserati is the competely new Quattroporte. Altogether, the new sports limousine is a step forward for the Italians. It is longer, lighter, even more luxurious and also more powerful! The major innovations are needed to give the Ghibli, a smaller sedan, a good place. The European introduction of this car takes place in Geneva.

Maserati wants to continue growing and that’s why they’re working on more new products. The Levante, an SUV, and the Ghibli are their upcoming talents. From the total produced Maserati’s in 2012, 6307 copies, 1508 of them were a Quattroporte. With the introduction of the new limousine, Maserati will have high expectations of the car. But one thing’s for sure, they want to sell more cars. What did Maserati do to make the Quattroporte even better than it already was?

The Quattroporte has grown in all dimensions, the car is two centimeters longer, six centimeters wider and the wheelbase is ten centimeters longer. The total length of the Quattroporte is now 5.12 meters. The car had to grow because it had to make room for the smaller sedan from Maserati. Engine-wise, they made big improvements. There will be two engines available, a three liters V6 twinturbo which produces 410 hp and 550 Nm of torque and a complete new V8. This V8, which is developed in cooperation with Ferrari, produces 530 hp and 710 Nm of torque.
This is quite a spectacular performance for a sports limousine. The V8 needs only 4.7 seconds to sprint to 100 kph and the top speed is 307 kph. The less powerful V6 has a top speed of 285 kph and needs 0.2 seconds extra on the sprint to 100 kph. Despite the better performance, both engines are twenty percent more economic than the ‘old’ V8.

The looks of the car are a combination of the Kubang, the GranTurismo and the old Quattroporte. Maserati shows a daring and sporty limousine. Inside, everything is renewed. The most outstanding part is the Maserati Touch Control Screen. Extra options are the WiFi-router, a 1280 Watt Bowers & Wilkins audio system and lot of other cool gadgets.

What will this car cost you? The Quattroporte V6 starts from 90,500 Euros and the V8 versions starts at a price of 123,000 Euros. In the future, we can expect more powerful and more sporty versions like the S and GT-S. The previous Quattroporte lasted eight years, so we can definitely enjoy this model for the next few years! 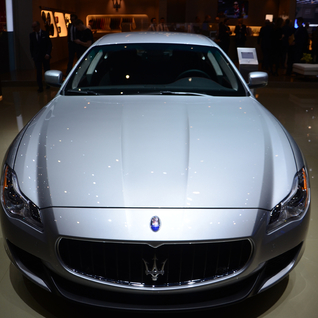 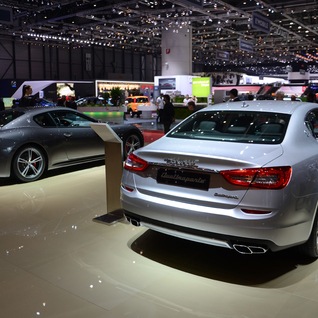