We already knew for a over a year that the Koenigsegg Regera was coming. That the artists from Ängelholm, lead by Christian von Koenigsegg, would come up with a masterpiece is something we could already predict. On Koenigsegg's party at the Geneva Motor Show we've got some more information about the new 'Megacar' by Koenigsegg. Will it keep up the high expectations?

Koenigsegg worked hard on the development of the Regera over the past year. A total of 3000 adjustments were made to the production model which results in a weight of only 1470 kilograms. That's just incredible for a car in this class. The Chiron by Bugatti, a direct competitor of the Regera, weighs around 2000 kilograms. Well, we're pretty sure that you will feel the difference.

Where the Regera weighs around 500 kilograms less than the Chiron, the power is also way more than the power of the Bugatti. The drive train of the Regera consists a battery pack attached to an electric engine and on the otherside a big twinturbo V8. The combined power? Over 1.500 hp and 2.000 Nm of torque. The power is distributed to the street thanks to Koenigsegg's 'direct drive' system. The technology behind this system is very complicated but in short it means that Koenigsegg removed the traditional gearbox and installed a sort-like and upgraded CVT system. This means that no power is lost during the acceleration. The specifications speak for itself. The sprint from zero to 100 kph takes 2.8 seconds, zero to 200 kph takes 6.6 seconds and zero to 30 kph takes only 10.9 seconds. This car is incredibly fast! Koenigsegg estimates that the Regera should reach 400 kph in about 20 seconds and that the top speed is over 400 kph. That's not all: the sprint from 150 to 250 kph takes only 3.9 seconds. Awesome!

Despite this intimidating performance, the Regera is their most refined car if we have to believe Koenigsegg. The active engine mounts create a lot of comfort in the car and the interior gives you all the modern day luxury and entertainment. Another cool extra on the car is the 'Autoskin' function. If you press this button, the hood, trunkd and doors of the Regera will all open or close, this looks pretty cool! It's pretty clear we can say that the Regera is a really amazng car! Koenigsegg definitely kept up the high expectations! 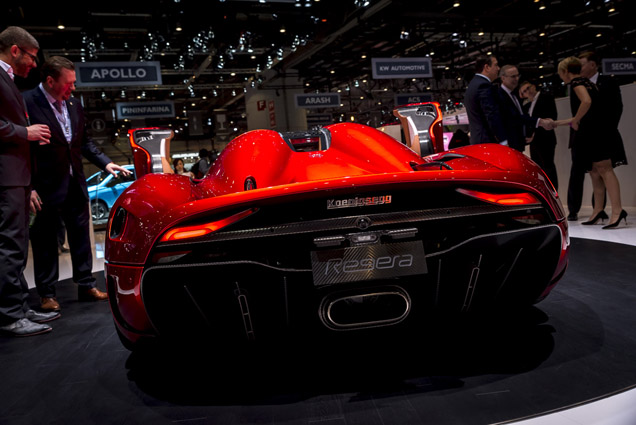 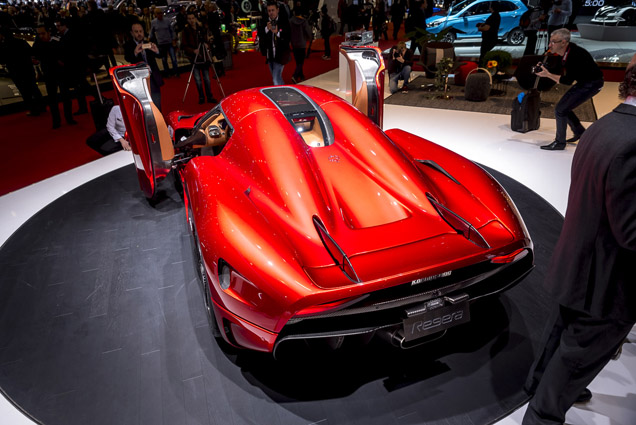