Having your calendar packed with epic road trips and thrilling track days, you may want to ease things off towards the end of the year. Then why not conclude it in a suitable health resort? That's where the Gran Turismo Events 2017 season comes to a Spa-ctacular finale. 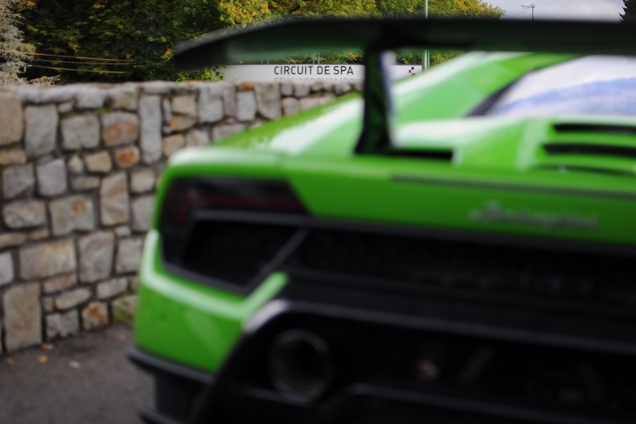 From California-Nevada and Adriatica voyages, through the cult Nürburgring and headlining Polonia events. On through auto24ring, Hungaroring and Slovakia Ring. Through Western and Southern Europe's finest roads and regions. It isn't really about the 'mission impossible' of topping all these, but rather giving the year a worthy, unique send-off. And where else if not at the legendary Spa-Francorchamps? 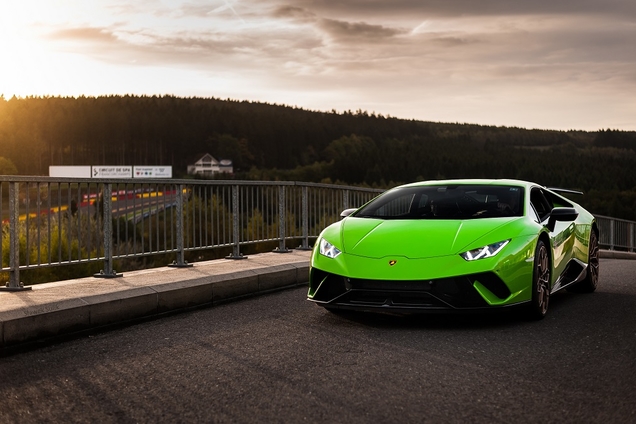 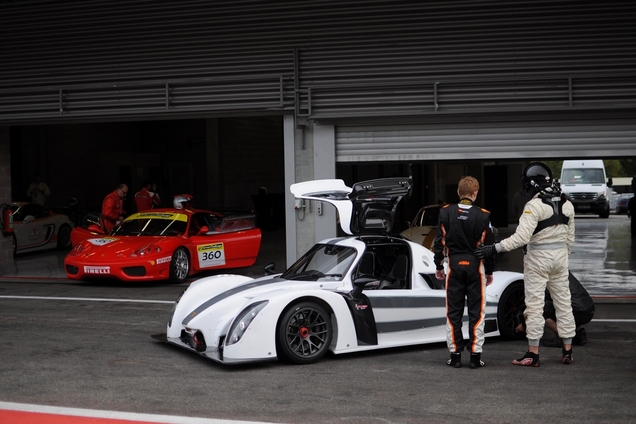 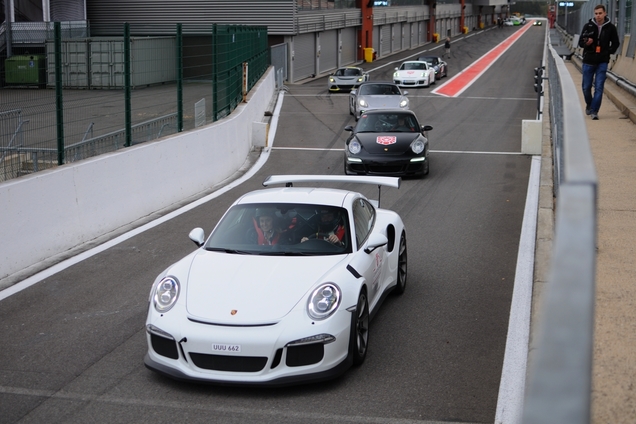 Nearing a full century of racing history, the circuit originates from a triangle-ish route between Francorchamps, Malmedy and Stavelot. Public roads connecting these three Belgian towns were used for motor racing until late 70s.

In its current form, the seven-kilometres-long, FIA Grade 1 licensed track impresses with state-of-the-art facilities, while retaining the precious heritage and unmistakeable characteristics. Thanks to the natural layout in the heart of evergreen Ardennes, each lap around Spa-Francorchamps guarantees a truly breathtaking experience. Also literally, as the elevation difference exceeds one hundred meters. That is more than, for example, the height of London's famous Big Ben. 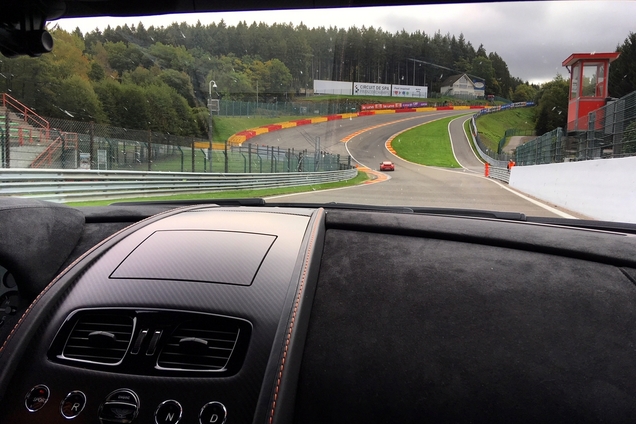 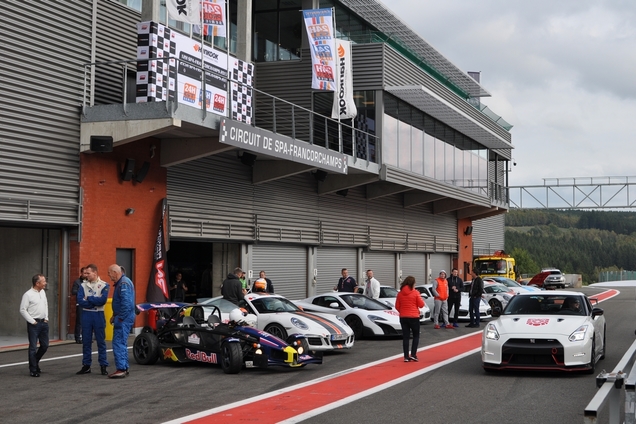 Now, for the event itself. A tasty variety of participating cars is pretty much a given with Gran Turismo Events. The first one to strike you is a Verde Mantis Lamborghini Huracan Performante, arriving early at Hotel De La Source. That last name rings a bell, doesn't it? Yes, the pack are staying at a 4-star place within eyesight of the circuit's first corner, La Source. 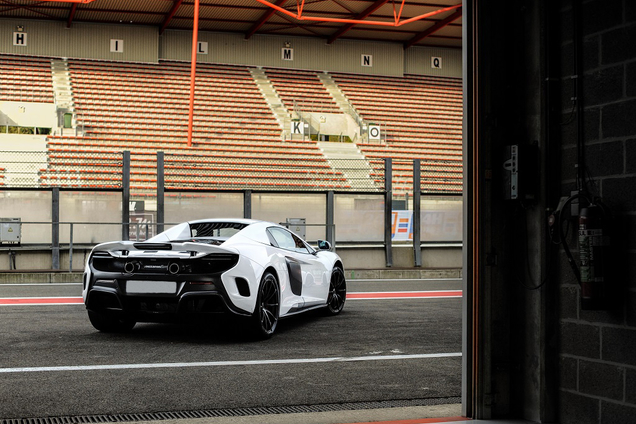 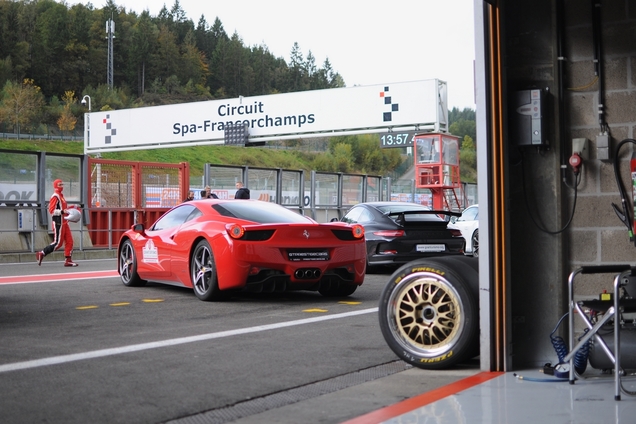 The Nordschleife lap time record runner-up isn't the only track-focused special around here. Huracan's granddad, a first-gen Gallardo Superleggera, shows up as well, next to a couple of V8 Brits in the form of Aston Martin Vantage GT8 and McLaren 675LT Spider. Then there are dozens of other supercars mixed with some major racing tools like the Ariels, KTMs and Radicals. Last but not least, the Porsche overwhelming delegation, good enough for brand's exclusive club meeting. Even the new Panamera joins in, leaving the pit lane for a hot lap every now and then. Talk about diversity! 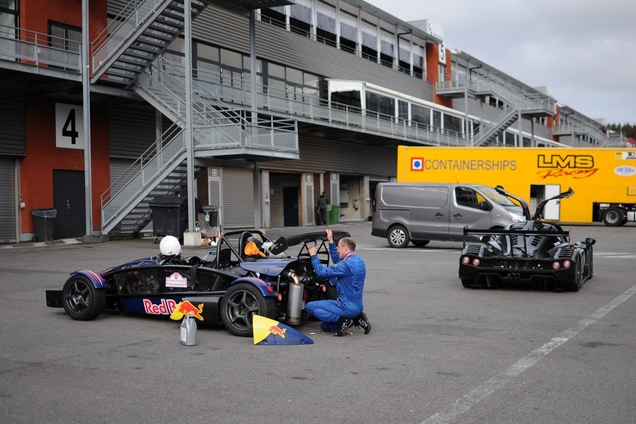 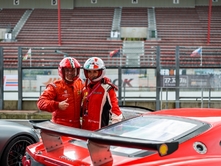 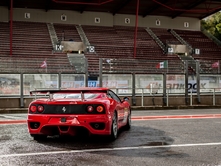 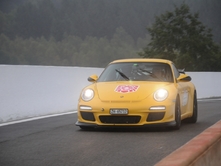 But even more remarkable is the general sense of responsibility. Pretty much every driver we talk to hails the on-track respect. Regardless of your car's power output or personal skills, there is just no room for risky moves or bossing around. Stay sensible, keep that 'gentleman' attitude and let everyone enjoy their ride. Sure enough, that is the essence of Gran Turismo. 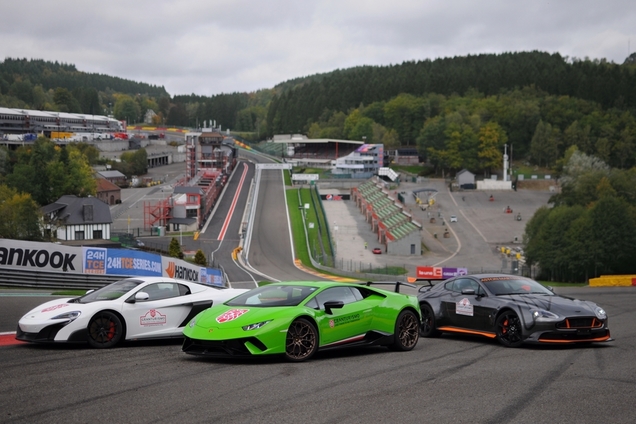