Hennessey tries to build the fastest sedan in the world

Americans always think big, that's one thing we know for sure. The Cadillac CTS-V is already quite a brutal car. The standard V8 already produces over 600 hp but Hennessey tried to make the CTS-V the fastest four-door sedan in the world. With the specifications they announce we think that they should be able to make it the fastest sedan in the world.

Standard, the top speed is 328 kph. Hennessey will make the car way faster thanks to their extra 400 hp. The HPE1000 with Twin Turbo will produce at least 1.000 hp. The previous generation CTS-V managed to reach a top speed of 356 kph while producing 950 hp. This time Hennessey wants to reach a top speed of 386 kph in the new generation CTS-V. They will remove the supercharger and install two big turbos which have to create the power boost. With only 24 copies of the HPE1000, the car will be very exclusive. When Hennesseey succeeds, they will have the fastest sedan in the world and this means they beat Brabus. 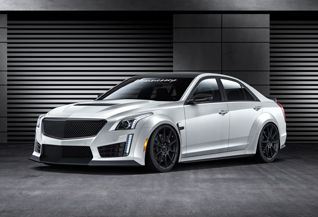 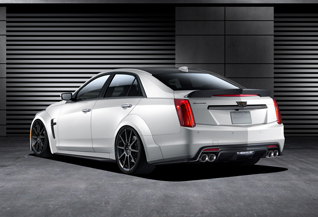