Next to the completely new 7 Series, BMW also released a small facelift for the 3 Series. When this happens you know that it won't take long before Alpina comes up with an update for the B3 and the result can is shown next to the new B7 on their stand in Frankfurt. Just like the normal 3 Series there are only small optical adjustments. We see some new bumpers, kidneys that are completely chromed and the LED headlights with a new layout. At the back we see new taillight units which we know from the BMW version. At the inside of the car the B3 profits from the upgrade BMW made on the 3 Series.

Egine-wise nothing's changed, the three liter straight six engine still produces 410 hp. The specifications of the B3 are close to the M3 but the character of the B3 will still be a bit mroe soft than the M3. That's partly due to the choice Alpina gives their customers between the bodywork of their car. They still let you choose between the Coupé or Touring version and you can even decide to install four-wheel drive. When you chosoe the four-wheel driven Touring version you can easily reach the top speed of 300 kph because as we all know, Alpina never uses any speed limiters on their models. 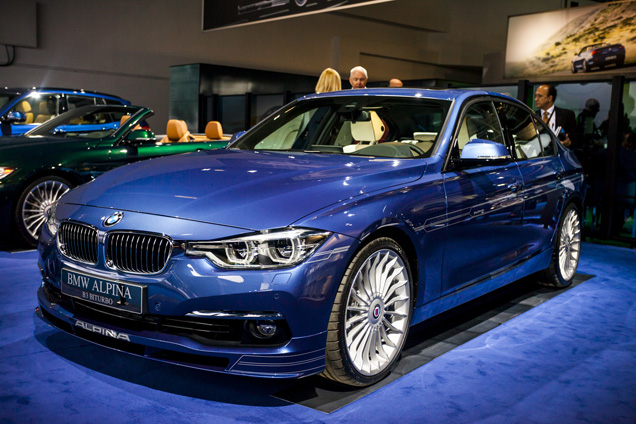