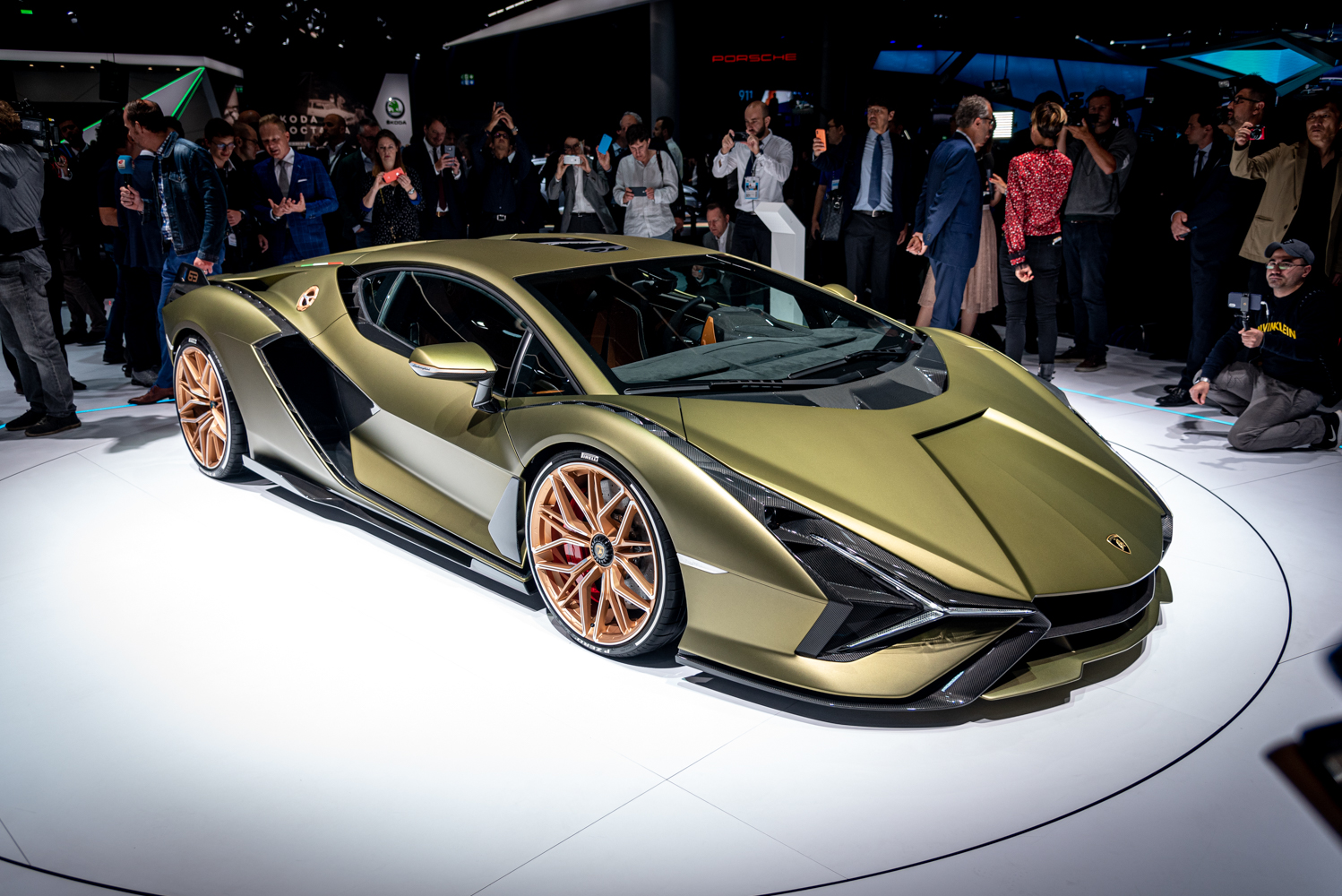 Sián FKP 37 is the sudden lightning that marks a real historical change. Sián FKP 37, which means lightning bolt in Bolognese dialect, is the name of the first Lamborghini hybrid production car: a masterpiece of technology and innovation with an extraordinary hyper-car design. Produced in just 63 units, the new few-off amplifies the emotions of the most powerful naturally aspirated V12 ever produced by Lamborghini, thanks to the boost of the first electric motor in the world powered by super capacitors.

For the world debut of the hybrid, the Lamborghini engineers chose the mild-hybrid solution, which allows the Sián FKP 37 to mount an internal combustion engine and an electric motor to keep the weight down. With power of 819 CV in the combined cycle, the Sián FKP 37 is the fastest and most powerful Lamborghini of all time, with a weight-to-power ratio less than the 1.98 kg/CV of the Aventador SVJ, the holder of the lap record at Nürburgring. The combustion engine of the new few-off, the iconic V12 that has thrilled generations of fans, reaches 785 CV at 8500 rpm. Yes, it’s a hybrid, but without forgoing the emotions of a true Lamborghini.

The Sián’s electric motor was specifically designed to support the V12 and increase its performance. The 48V motor delivering 34 CV is incorporated in the gearbox, which guarantees a boost in pickup and during the gear shifting. It is an entirely new solution: no other mild-hybrid vehicle has ever had a direct connection between the electric motor and the wheels. The energy storage technology with super capacitors is extremely innovative, and the Sián FKP 37 is the first production car in the world to use it. The battery is three times more powerful than a lithium-ion battery of the same size and provides incredible power in both energy charging and discharging, allowing its potential to be used instantaneously. One of the main advantages of this technology is the exceptional weight-to-power ratio which, at 34 kg for 34 CV (1.0 kg/CV),

The two engines work in close synergy starting from low-speed maneuvering and going up to the most exciting driving stages of the new few-off. In fact, the system gives an instant response in acceleration from standstill, reaching 100 km/h (62 mph) in less than 2.8 seconds. Traction force is improved by up to 10% in third gear, and the 30 to 60 km/h acceleration time is increased by 0.2 seconds compared to the Aventador SVJ. High-speed recovery reaches +20%, reducing the 70 to 120 km/h acceleration by 1.2 seconds to the record-setting car. Thanks to the electric assist, Sián FKP 37 has a constant torque without any drop during gear shifting. Excellent performance and comfort are thus ensured without any loss or interruption during acceleration.

The Sián FKP 37 incorporates a highly advanced regenerative braking system specially developed to recharge the electric motor. Thanks to the exceptional performance of the super capacitors, which in contrast to the normal Li-ion batteries can be charged and discharged with the same power, the Sián’s energy storage system is fully charged every time the vehicle brakes. The energy stored is immediately available up to 130 km/h, improving responsiveness and making it more than 10% faster than a car without this system. 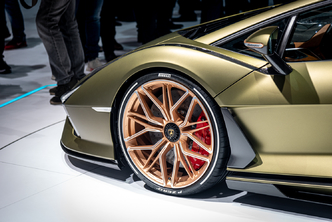 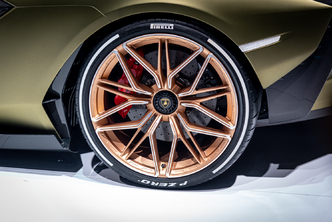 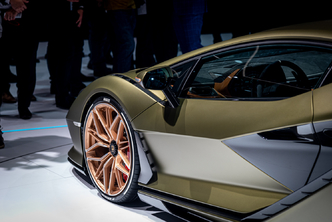 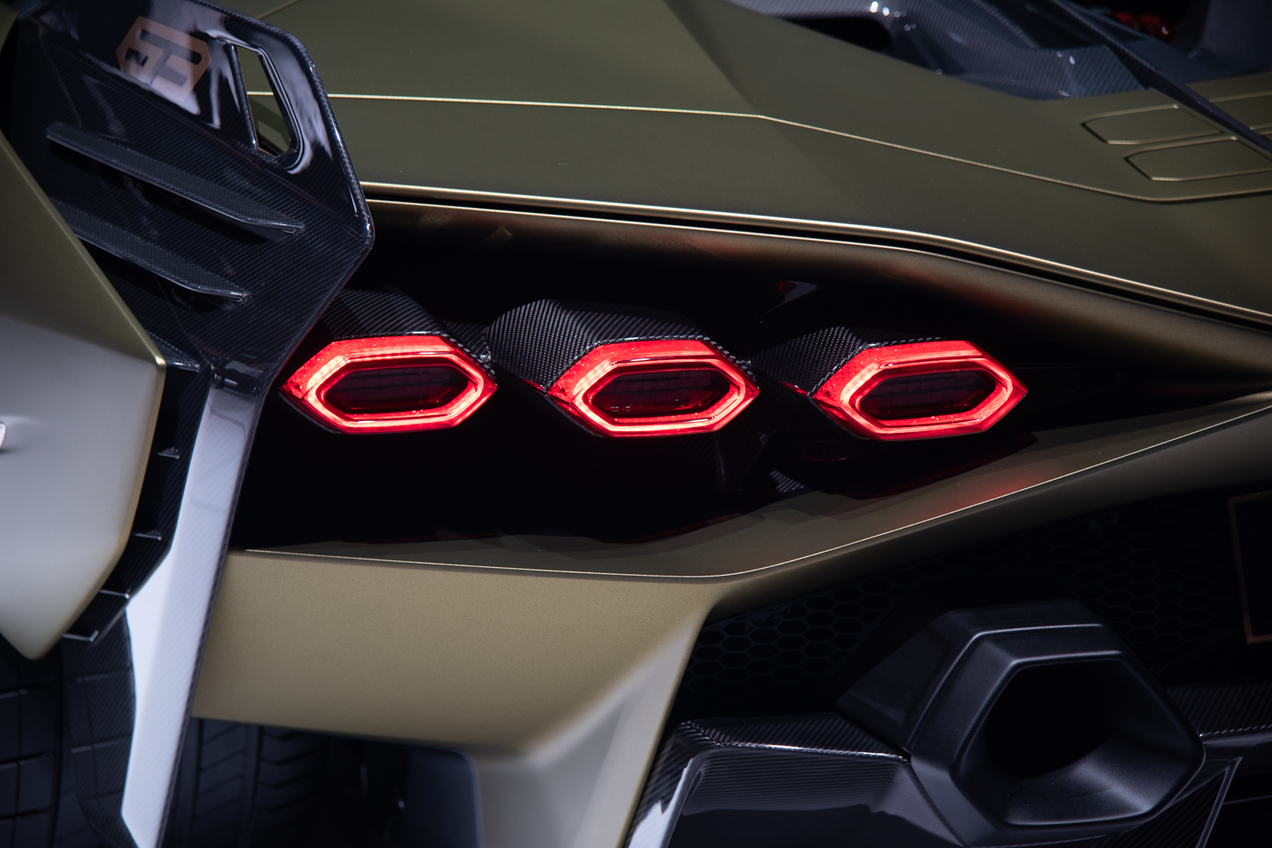 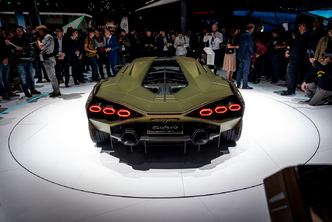 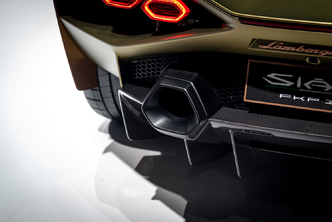 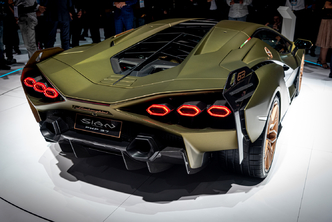 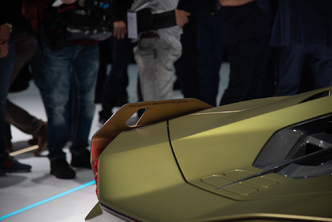 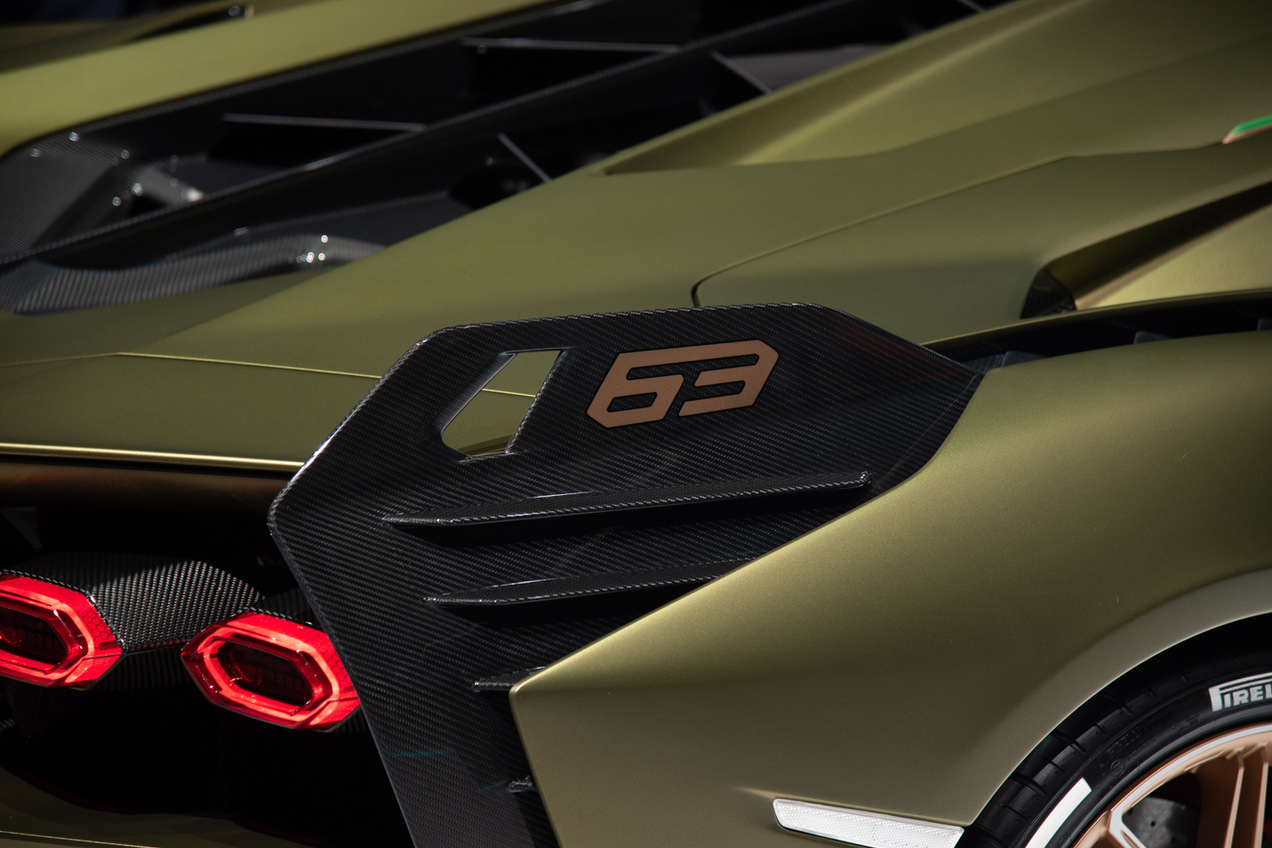 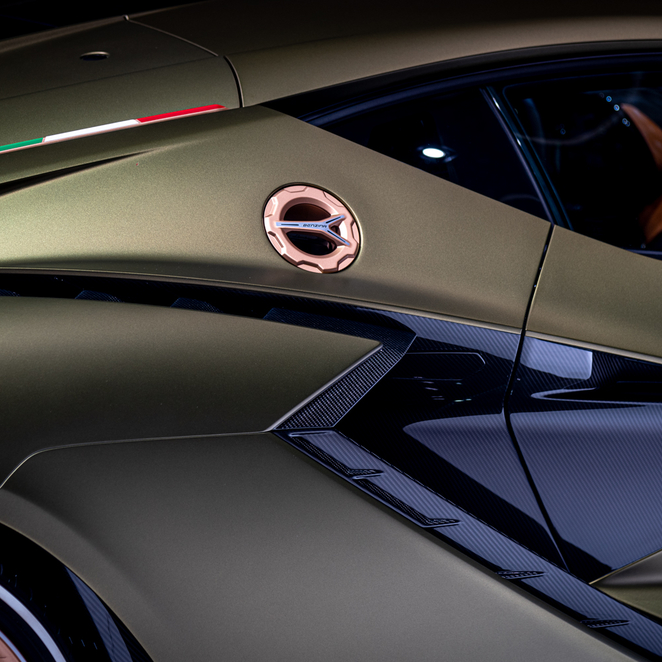 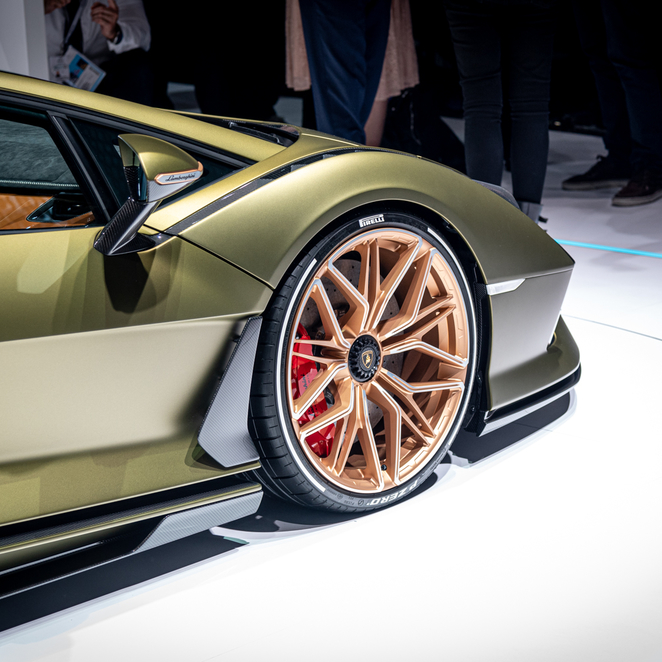 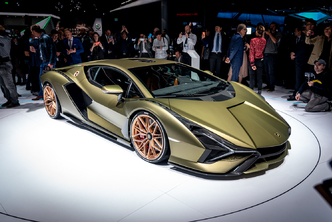 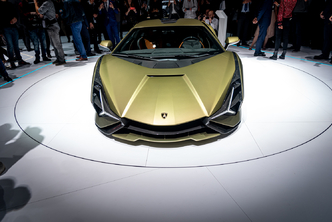 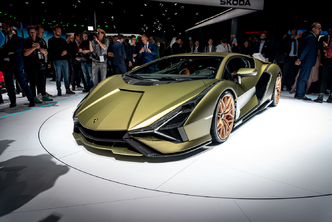