Wish life was always this beautiful? Spotter " ElevatedRarityToronto" was left mesmerized, and so are we. The Pagani Huayra Roadster is a Work of Art, an Amazing piece of Engineering and overall just STUNNING.

The dream of a car like the Huayra Roadster can only be told through the words of Horacio Pagani, the man who more than anyone else has imagined, desired and shaped it, like the great sculptors of the past who had to struggle with shapeless but full of soul marble blocks.

“This is the most complicated project we have ever undertaken. As we moved forward with the Roadster, we decided to give her a bit more of an edge in order to create a slightly more aggressive shape than the Huayra Coupe. We realized the Pagani Huayra BC was an incredible piece of Engineering so all this technology was built into the Pagani Huayra Roadster. From the beginning we set ourselves some pretty ambitious targets. The first, from a technical point of view, was to make a roadster that would be lighter than the coupé, which was already the lightest hypercar on sale at the time. Engaging in such a challenge, to make just 100 cars, has meant an impressive effort for a company like ours, from a technical and human point of view. We hope that this six-year effort can get to touch you, rationally and emotionally.” 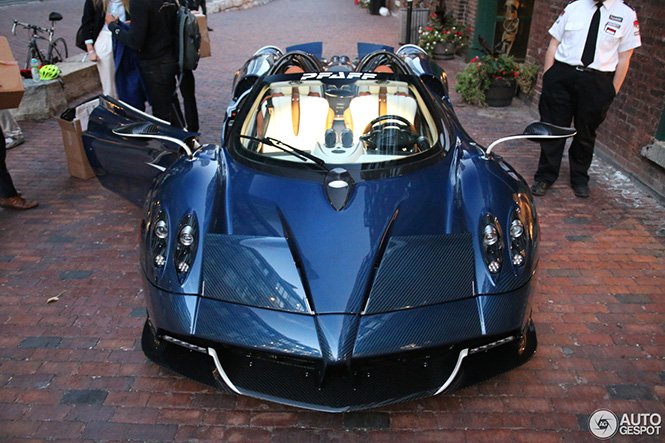