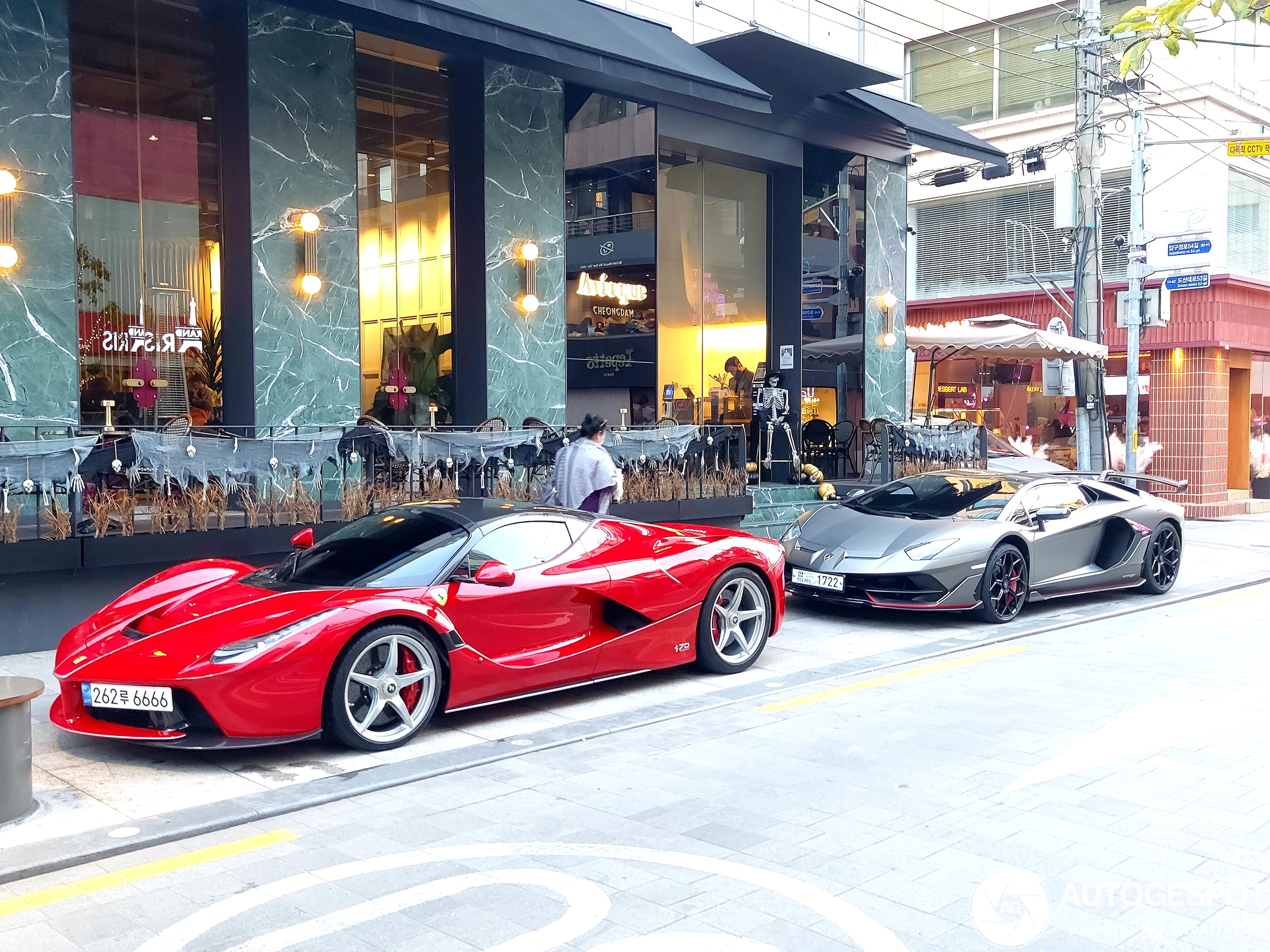 Dowon Kim from South Korea has had another great spot weekend. We also get to see spots from above the ground. Normally this spotter lives in the garages of Seoul to capture the fattest cars.

There is also plenty to spot above the ground, as it turns out. The city with almost ten million inhabitants also has too many millionaires. Millionaires do not live in big houses but in relatively small apartments just to be able to live in Seoul. That is why many cars are parked in garages. Fortunately, we can enjoy this Halloween combo in the daylight. We see the still impressive Ferrari LaFerrari Aperta with the equally impressive Lamborghini Aventador LP770-4 SVJ! This combo doesn't stop there, we also see a Ferrari California T and a shadow of the Huracán LP610-4 Spyder. The LaFerrari Aperta is of course the most powerful of the quartet due to the V12 with hybrid technology that is good for 963 hp. He is not the fastest by the way. He has to tolerate the Aventador because it is 0.1 second faster to 100 km/h. Then the Aperta takes over again!