LaFerrari shows up in Monaco

The Ferrari, that's the literal translation of the name of Ferrari's newest supercar. Ferrari's LaFerrari had its debut on the Geneva Motor Show and now the LaFerrari is finally spotted outside Maranello.

It looks like Ferrari is making a habit of giving their most expensive and fastest supercar a remarkable name. The predecessor of the LaFerrari, the Enzo Ferrari. The LaFerrari may have a remarkable name, it doesn't affect the spectacular performance of the supercar. The 6.3 liters V12 produces 800 hp and thanks to a HY-KERS electro engine, the car gets an extra 163 hp. This makes it a total of 963 hp and more than 900 Nm of torque. The top speed of the LaFerrari is over 350 kph. The car needs three seconds to reach 100 kph and within twelve seconds you'll reach 300 kph!

What can we say about the looks of the LaFerrari? On photos, it looks like the LaFerrari is a bit out of proportion with it's pointed nose and big back. In reality, the LaFerrari looks overwhelming and elegant. A true Ferrari supercar which will definitely be loved. But is the LaFerrari the ultimate supercar of this moment? With the Porsche 918 Spyder and the McLaren P1 there are two big competitors. It's up to you to make a choice. 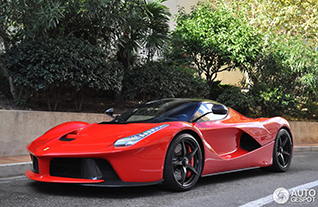 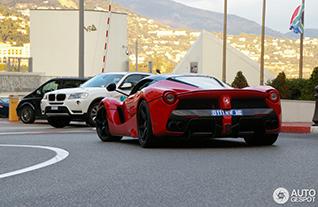