The Lamborghini Gallardo is as we know one of the more striking cars on the road. Of course it isn’t really long, but wide it is. For some people this isn’t enough. Rencapo has developed a bodykit which made the Gallardo even wider. This model got spotted some time ago. The widebody already was on the car, but besides this nothing was changed.

Recently this car was spotted for the second time. The owner decided to cheer up the anonymous grey with a stripe we know from the Valentino Balboni-editions. It makes the car look even better. Under the bonnet everything still is standard as far as we know, but still, 510 bhp isn’t what you can call bad. The widebody kit makes the car look a bit faster, but this actually is optical delusion. We are curious about what the owner is going to do next with his cars! 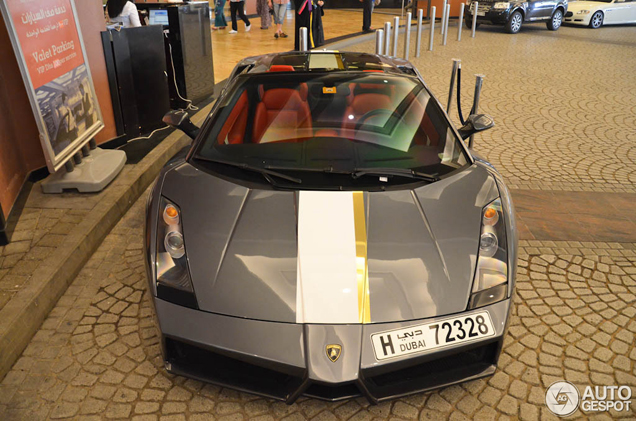