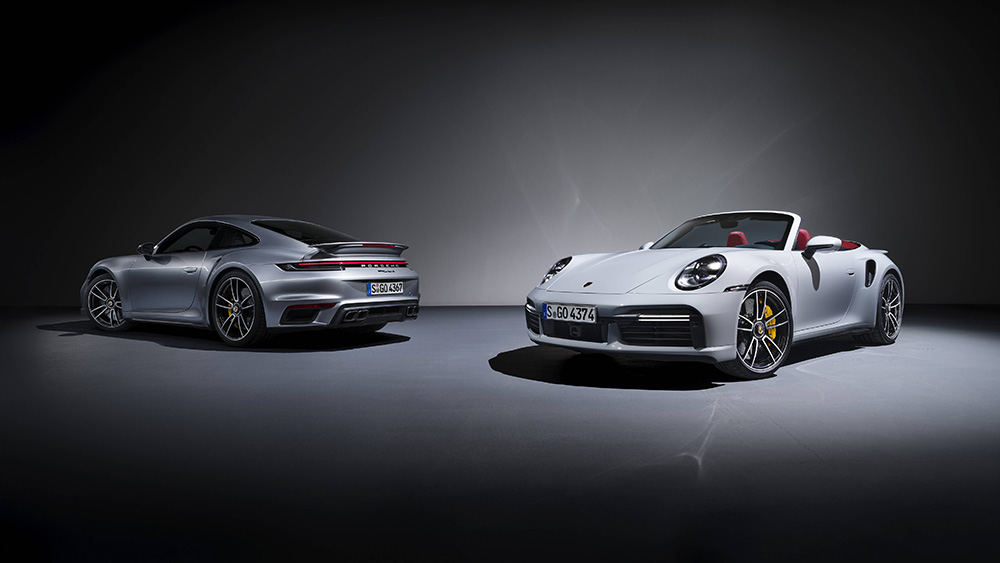 Porsche is presenting the new-generation 911 Turbo S. The new range-topping 911 is the quickest and most powerful 911 Turbo model ever. With 640 hp, it offers an unprecedented combination of power, driving dynamics, and everyday usability.

A new 3.8-liter boxer engine with two VTG turbochargers represents the beating heart of the car and puts out 60 hp more than its predecessor. Maximum torque now stands at 590 lb.-ft. - an increase of 37 lb.-ft. The engine is paired with a Turbo-specific eight-speed Porsche Doppelkupplung (PDK) dual-clutch transmission. As a result, it goes from zero to 60 mph in just 2.6 seconds (2.7 seconds for the Cabriolet), which represents a 0.2 second reduction compared to the previous model. The 911 Turbo S Coupe reaches the standing quarter mile mark in 10.5 seconds. Top track speed for both Turbo S models is 205 mph.

The body of the new 911 Turbo S is wider than its predecessor to further enhance driving dynamics: it’s now approximately 1.8 inches wider at the front (72.44 inches), and the overall width is 74.8 inches at the rear axle (an increase of 0.78 inches). Modified track widths, optimized aerodynamics, and new tires contribute to its agility and sportiness: the track is now 1.65 inches at the front axle and 0.39 inches wider at the rear axle. The adaptive aerodynamics now include adaptive cooling air flaps at the front, while the larger rear wing has been designed to provide even more downforce. For the first time, the 911 Turbo S transfers its power to the road using staggered center-lock wheels in two different diameters: 20-inch wheels at the front are wrapped in model-specific 255/35 tires, while the 21-inch rear wheels use 315/30 tires. The front and rear tires are 10 millimeters wider than on 2020 911 Carrera S models and compared to previous 911 Turbo models.

Two new factory options, which were not available on the previous generation, further increase the performance and powerful character of the new 911 Turbo S: The Porsche Active Suspension Management (PASM) Sport suspension with a ride height lowered by 0.39 inches (-10 mm) compared to the standard PASM suspension, and the Sport Exhaust System with adjustable exhaust flaps and distinct oval tailpipes that guarantees a particularly distinctive sound. Like on the previous 911 Turbo S, Porsche Dynamic Chassis Control, rear-axle steering and Porsche Ceramic Composite Brakes, now with 10-piston front calipers, are standard. The front brake rotors have increased in size from 410 mm on the previous model to 420 mm.

The new engine of the 911 Turbo S is based on the 911 Carrera engine generation. It features a completely redesigned charge air cooling system; new, larger variable turbine geometry (VTG) turbochargers in a symmetrical layout with electrically adjustable wastegate flaps; and piezo injectors, which significantly benefit the vehicle’s responsiveness, power, torque, and its free-revving nature.

The new six-cylinder is engine fed with air via a new intake system. The previous routing of process air and charge air cooling was reversed: The charge air coolers, which are 14 percent larger than on the previous model, have been moved from their previous position in the rear fenders to directly behind the engine, increasing the flow rate of cooling air by about 13 percent. The air filter are now positioned in the rear fenders, with air being fed via four intakes located laterally below the rear wing and in the rear side panels with a larger overall cross-section and lower resistance, helping to improve engine efficiency. Two symmetrical turbochargers with variable turbine geometry (VTG) and larger internals replace the previous parts, with wheels now rotating in opposite directions on the left and right side of the vehicle. The diameter of the turbine wheels has been increased by five millimeters to 55 mm, while the 61 mm compressor wheel is now three millimeters larger than before. The wastegate flaps are electrically controlled using stepper motors. 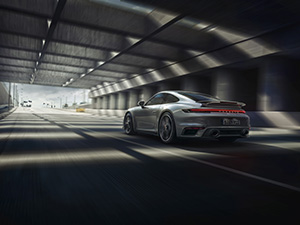 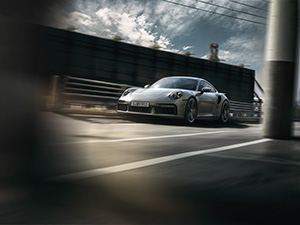 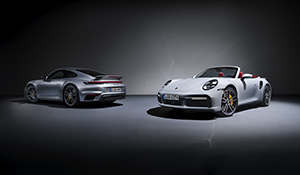 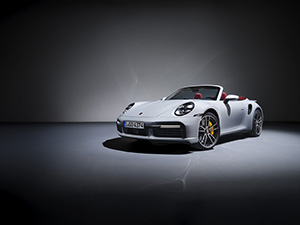 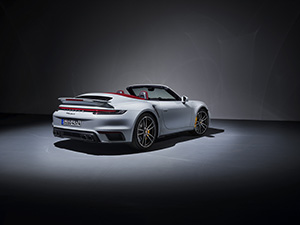 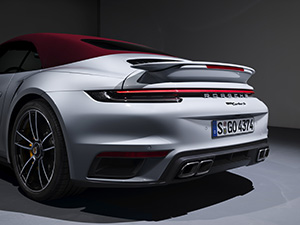