Mathieu Flamini returned to his old club in London, Arsenal, but he did bring some memories from his time at AC Milan to London. One of these memories is this black Ferrari 458 Italia. Not the most exciting colour, but we can understand that a professional footballplayers wants to drive around anonymously every now and then. A black Ferrari 458 Italia is a great car to do this.

From 2008 to 2013 Flamini played for AC Milan. He won the title once just like the Italian Supercup but he still wants more and that's why he returned to Arsenal FC. The club isn't known for the many prizes they won last years, but he definitely is a reinforcement for the team. You can see that Arsenal FC pays their players very well because he is able to drive this Ferrari thanks to his weekly paycheck of 65.000 pounds. 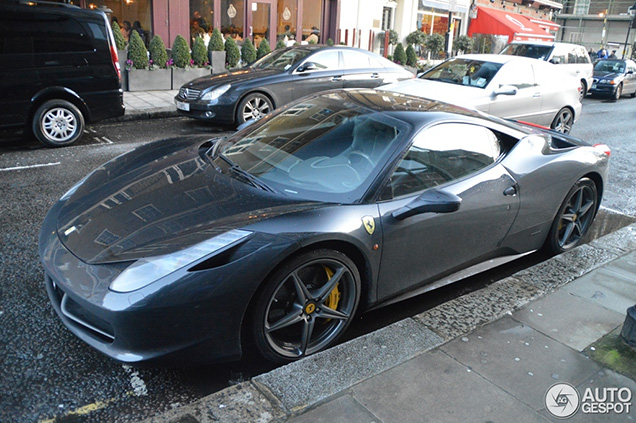