Mercedes-AMG GT Black Series is king of the ring 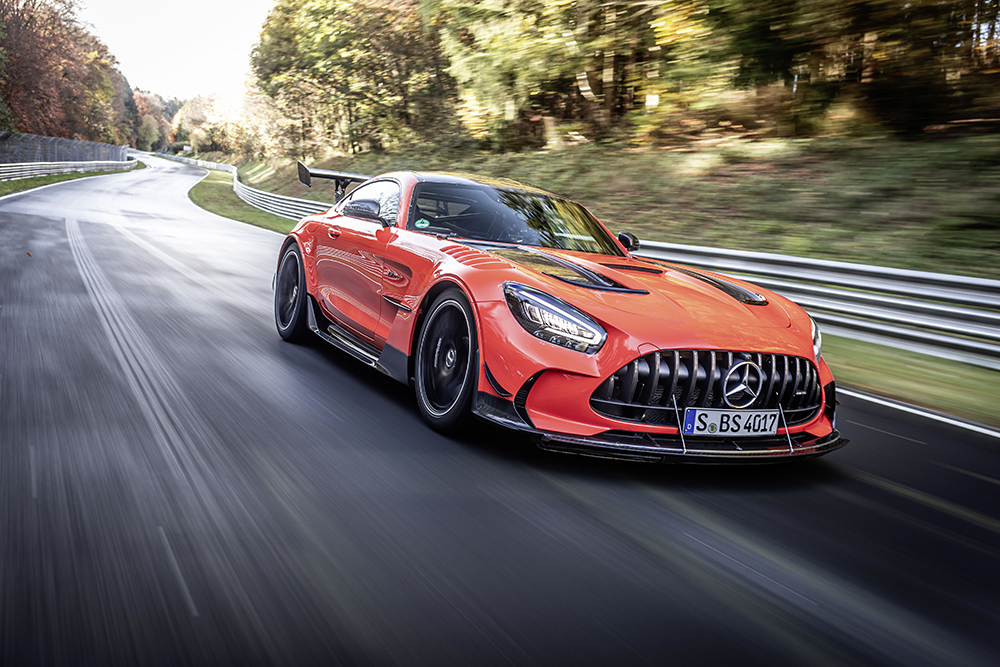 How close the new Mercedes-AMG GT Black Series actually is to motorsport has now been impressively demonstrated by GT3 racer Maro Engel on the Nordschleife of the Nürburgring. With an officially measured and notarized certified time of 6:43,616 min for the 20.6 kilometre-long track (measured without the straight at track section T13) and 6:48,047 min for the 20.832 kilometre-long total track (measured with the straight at track section T13), the new V8 meteor is placed in the top group of the street-legal “sports cars” category and number one among the fully standard, unmodified models.

Maro Engel made full use of all the possibilities offered by the new Mercedes-AMG GT Black Series as standard: such as the most powerful AMG V8 series engine ever with 537 kW (730 hp), the sophisticated aerodynamics and extensive suspension adjustment options. For example, the front splitter made of visible carbon fibre was extended to the “Race” position, and the lower and upper wing blades of the rear spoiler were each adjusted in the middle position. The adjustable AMG coilover suspension with adaptive adjustment damping was lowered by five millimetres at the front and three millimetres at the rear to further enhance the venturi effect of the front diffuser. The camber was adjusted to the maximum possible values of negative 3.8 degrees at the front axle and negative 3.0 degrees at the rear. In the case of the adjustable anti-roll bars, racing professional Engel opted for the hardest of the three possible settings, and the 35-year-old adjusted the nine-stage AMG traction control between positions six and seven -depending on the section of the track. AMG GT Black Series customers can also take advantage of all these settings and variations. 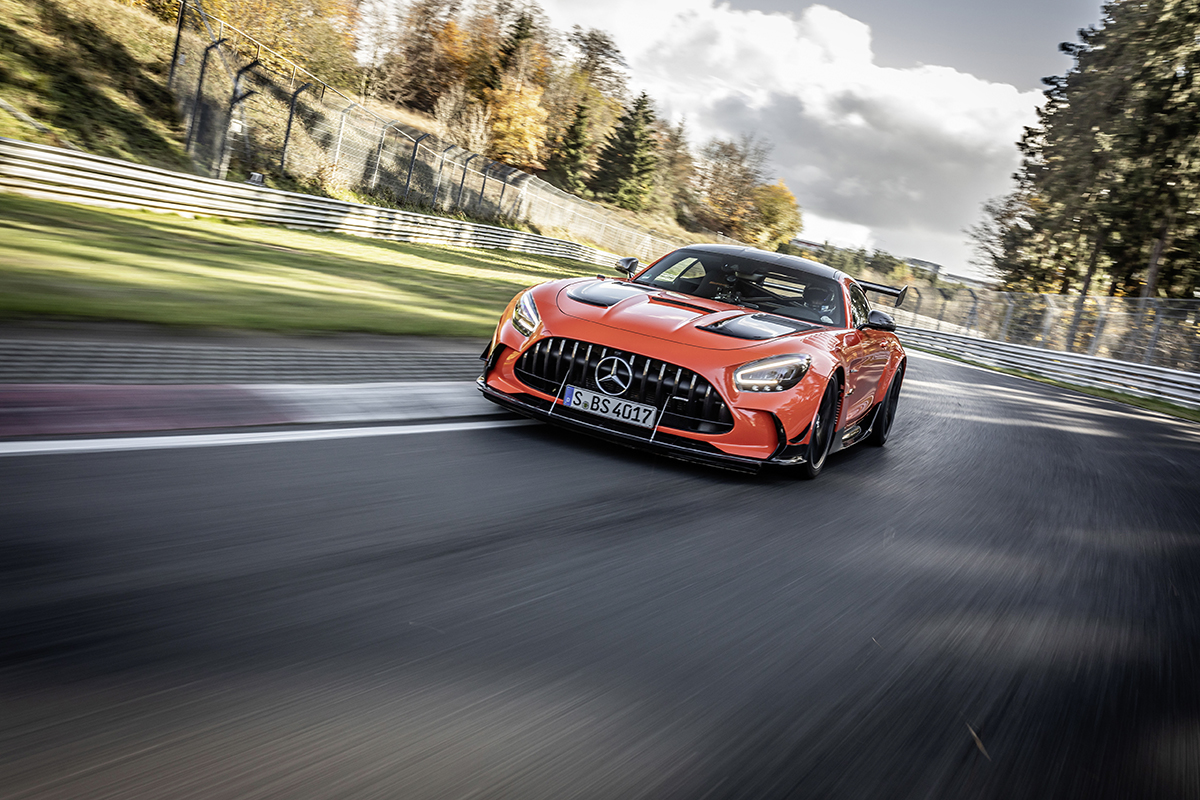