Mexican brings his RUF to the Nürburgring

Every week a lot of people from all over the world visit the legendary track in Germany, the Nürburgring. Some bring their own car while others choose to rent a car. The following Mexican probably has enough money because he shipped his own RUF 993 Turbo R to Germany to make a few laps on the track with his favorite car.

This shows us that the owner has some big 'cojones'. First to ship this car all the way to Germany and second to drive this car at the world famous track. The RUF isn't just an ordinary car. The car produces 490 hp and 480 Nm of torque. This makes you sprint to 100 kph in 3.5 seconds while the four-wheel drive has a hard job to keep the car going straight. The eventual top speed of the car is over 300 kph. You won't reach this during one of the laps on the Nürburgring, but let's hope that it was worth the money to ship this car to Germany! 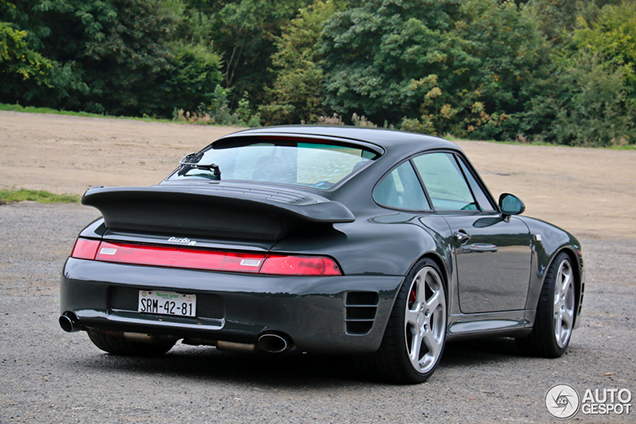