The Infiniti Q60 Concept is ready for the fight with BMW and Audi. Will the Q60 be a worthy opponent or does Infiniti need to do some more work on this car? They already did a lot of work and it looks like they start to understand how to build a worthy opponent.

The visual excitement in the sharp lines of the concept are strengthened by the special 21 inch wheels which fill the entire fenders. Inspired by the turbine wings of a jet engine, the black spokes emphasize the look of the coupe with their special design. In the front we find a 3.0 liter V6 which we know from the Q80 inspiration which was shown at the Paris Motor Show last October. The car is rear-wheel driven and has a seven speed gearbox. Despite the fact that this is only a concept we expect a production ready model early 2016. 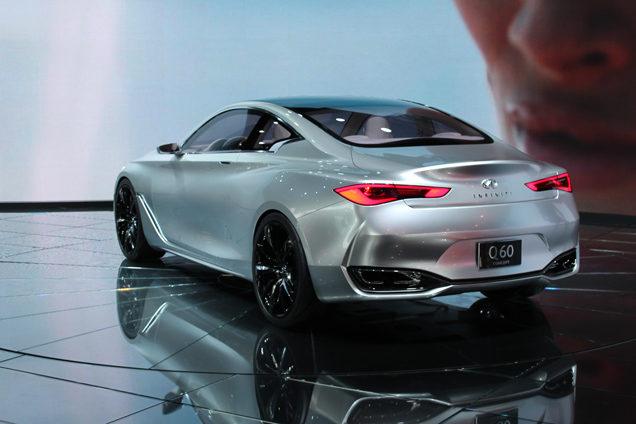 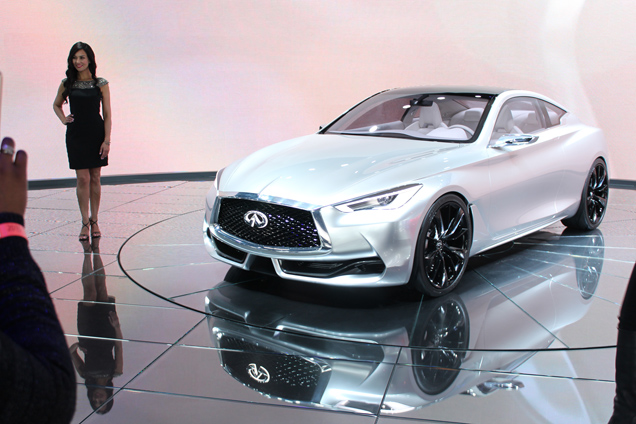