A few weeks ago Aston Martin released yet an other facelift of the Vantage and I can’t say any of us lost sleep in excitement. Aston Martin is known for making cars that are, to put it politely, not really in the top of their class performance wise or quality wise, for that matter. They are, however, strong in the looks-department and price department. The new DB11 challenged this stereotype but if there is one car that will make those born before 1960 interested in the British brand it will be the new Aston Martin Valkyrie.

The name Valkyrie may sound familiar. The car has been named after the highly secretive operation Valkyrie (Walküre in German). The goal of the operation was to combat a possible rising up of the disconcerted German people, enabling the reserves to occupy Berlin and other key German cities to combat against the population. Only Adolf Hitler himself and the commanders of the reserves were to be able to set the operation in motion. 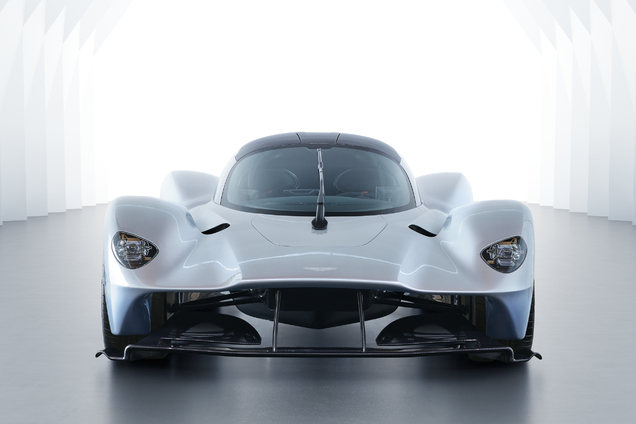 What Aston Martins motivations are for the name remain unclear to me but it’s clear that this is not just a new Aston Martin. Contrary to most Astons the Valkyrie puts performance over design. There is practically no non-essential bodywork. Aston Martin chose to celebrate its engineering rather than covering it up to make it fit right in on Monaco’s casino square.

The fact that functionality was put over form does not mean there are no nice details found on the car. Similarly to the McLaren P1 the badge on the nose of the car is not a regular aluminum (or carbon fiber) badge but it’s not a sticker either, that would be beneath the brand. The badge has been engineered into the nose, making it 99.4 percent lighter than the badges found on the Vantage or Vanquish. Not only the badge has been taken into consideration when looking for areas to slim the car down, also the headlights were newly designed. The lights are 30-40 percent lighter than those on a regular Aston, showing that wether it is a soft-closing engine hood or a headlight unit, Aston Martin is living up to its reputation as a brand with an eye for detail.

This car was developed in partnership with Red Bull and AF Racing. This car was not designed for the casual cruise but with pure performance in mind. This shows in the details such as a standard four-point harness or an optional six-point harness for the hardcore track enthusiast. 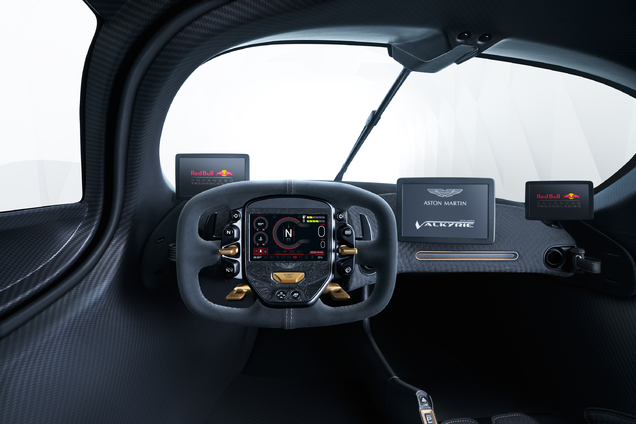 If you were to park this car in a sketchy neighborhood instead of a pitbox there is still no risk of your car getting stolen. The steering wheel is fully detachable and contains all essential switchgear. This is good for getting in and out of the car or making sure the valet does not take it for a joyride. Without the steering wheel there really is nothing left of the dashboard except for a few screens and a bunch of carbon fiber.

It is a car that can be given to a valet with the added benefit of him (or her) not changing your seat or your radio. The seat is part of the floor and there is no radio. According to Aston Martin you don’t have to be picky when selecting your valet since this car has “Ultra-efficient interior packaging achieving space for two 98 percentile adults”.

The cockpit is in a teardrop shape which was chosen to feed air into special tunnels to end up at the rear diffuser. This results in downforce without compromising on the esthetics.

Just as the BMW 3.0 CSL concept this car has side view cameras instead of side view mirrors. The design did not leave the opportunity for a rear window so Aston omitted the rear view mirror as well, since you don’t need things you can’t use anyway! 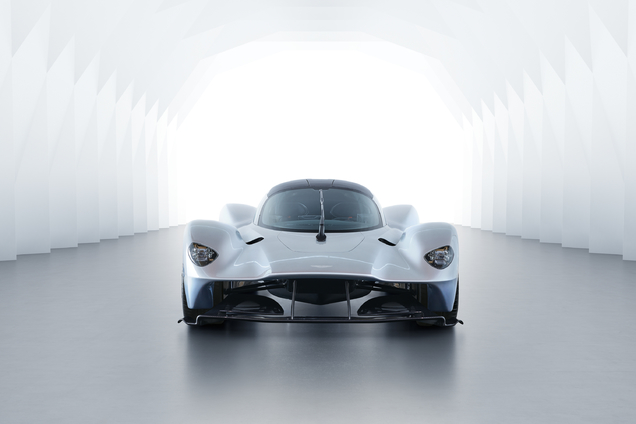 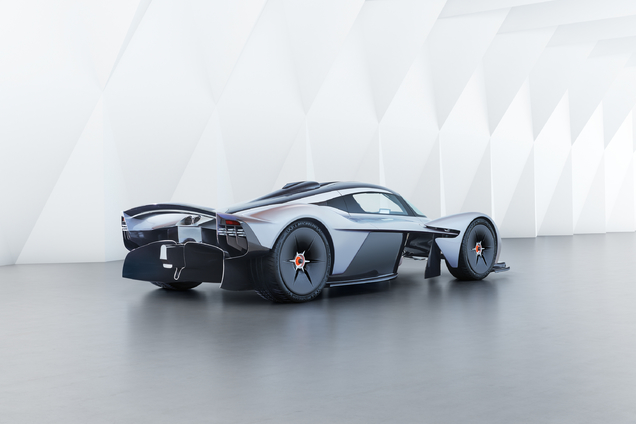