Not only for Monaco: Mansory Siracusa Monaco Limited Edition

With Monaco in its name, you would almost think this car is specially produced for this small country. This however isnt true, in Madrid the world scoop has been spotted which has been revealed at Top Marques, the Mansory Siracusa Monaco Limited Edition.

That this car is completely different from the normal 458 Spider, is no secret. The new front looks very similar to the front of the Ferrari Enzo Ferrari, this even looks more aggressive with the carbon fiber elements. At the back, everything is even more extreme. The enormous carbon fiber diffuser surely is the most recognizable part of the car. In the interior, a nice pattern in the colors of the flag of Monaco is found. So, in optical aspect, everything is fine. The same story with the engine, despite is still mostly standard. The engine is powered up to 590 bhp, and the weight drops with 60 kilograms thanks to the carbon fiber parts. Only 3 copies of this car will be made, we dont know if it is the same as the one spotted in Monaco or the second unique copy. 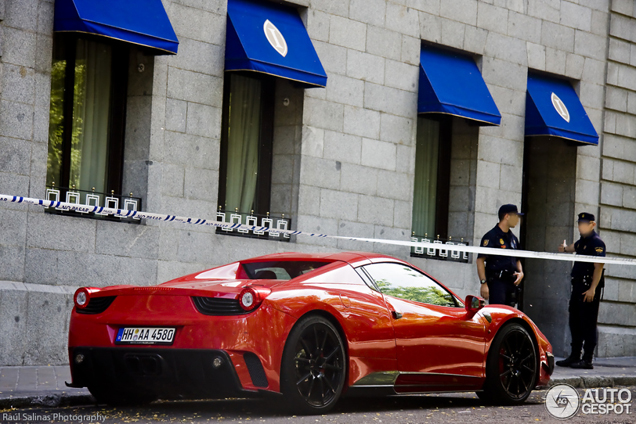