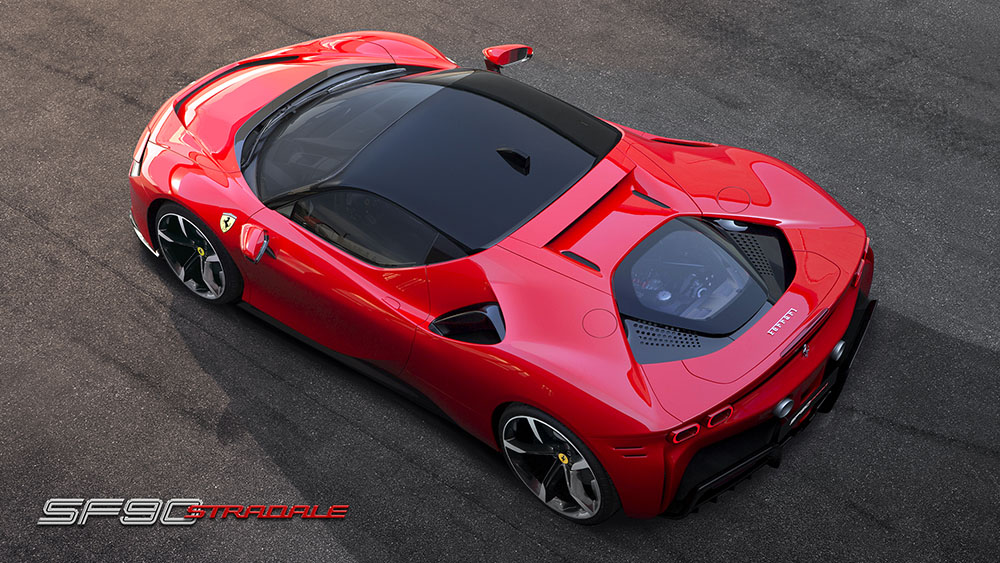 Ferrari introduces a new chapter in its history with the introduction of its first series production PHEV (Plug-in Hybrid Electric Vehicle), the SF90 Stradale. The new model is extreme on every level and represents a true paradigm shift, because it delivers unprecedented performance for a production car. Figures such as 1,000 hp and a weight-to-power ratio of 1.57 kg/hp, and 390 kg of downforce at 250 km/h not only put the SF90 Stradale at the top of its segment, but also mean that a V8 is the top-of-the- range model for the first time the marque’s history.

The SF90 Stradale has a 90° V8 turbo engine capable of delivering 780 hp, the highest power output of any 8-cylinder in Ferrari history. The remaining 220hp is delivered by three electric motors, one at the rear, known as the MGUK (Motor Generator Unit, Kinetic) due to its derivation from the Formula 1 application, located between the engine and the new 8-speed dual-clutch transmission on the rear axle, and two on the front axle. This sophisticated system does not, however, make for a more complicated driving experience. Quite the opposite, in fact: the driver simply has to select one of the four power unit modes, and then just concentrate on driving. The sophisticated control logic takes care of the rest, managing the flow of power between the V8, the electric motors and the batteries.

The SF90 Stradale is also the first Ferrari sports car to be equipped with 4WD, a step necessary to allow the incredible power unleashed by the hybrid powertrain to be fully exploited, ensuring the car has become the new benchmark for standing starts: 0-100km/h in 2.5 sec and 0-200km/h in barely 6.7 seconds.

Despite the addition of an eighth gear and a maximum torque boost to 900 Nm (the latter an increase of 20% on the current 7-speed), the gearbox’s overall weight is actually 7 kg lower. That figure rises to 10 kg when the elimination of the reverse gear – now incorporated in the function of the front electric motors - wheels is included. 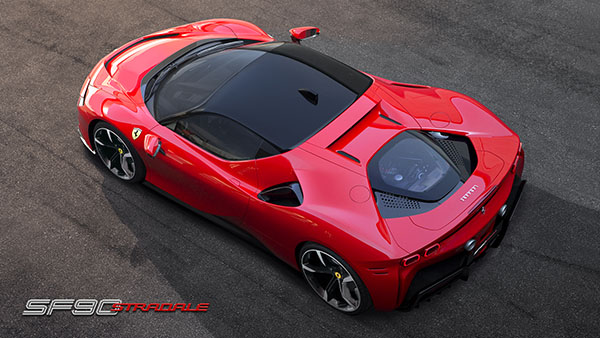 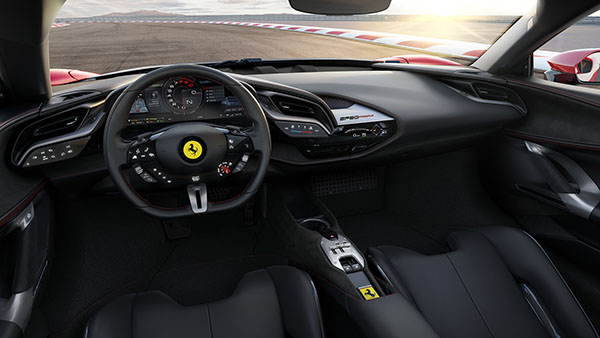 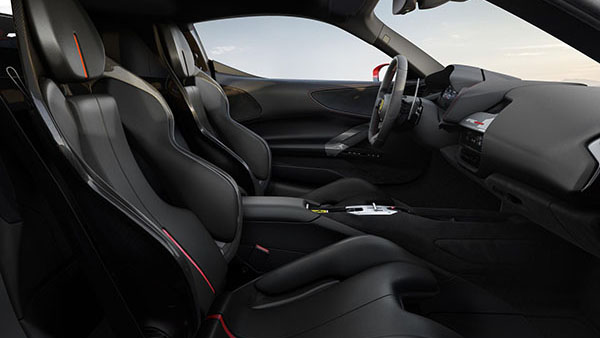 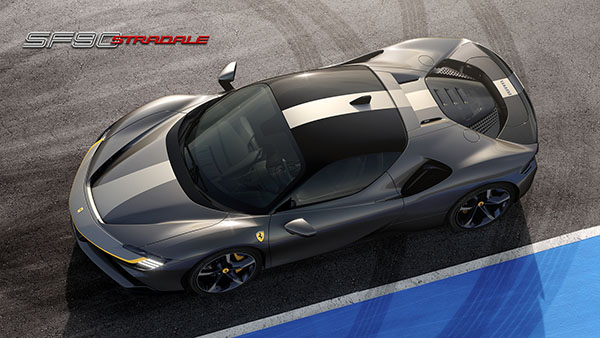