Old and new supercars spotted together!

You can find really everything in Monaco. New supercars but also old sports cars. You don’t see them next to each other very often. In this spot we see new glory and old, but not past glory. The Ferrari 430 Scuderia is one of today’s supercars, while the Bentley Speedsix was a supercar in its own time. These two cars next to each other make this a very special combo!

The Ferrari 430 Scuderia is a real brutal car. 510 bhp and made to go around the track as fast and hard as possible. The Bentley Speedsix is a model which was produced in the 20’s and 30’s of last century. It was a really fast car for that time, but nowadays it is a car to display through Monaco and to steal the show with its gigantic nose. The beautiful pictures make the spot complete. They emphasize the atmosphere in Monaco and the difference of cars you can see there. Which one would you prefer, the old, classy Bentley or the powerful and fast Ferrari? 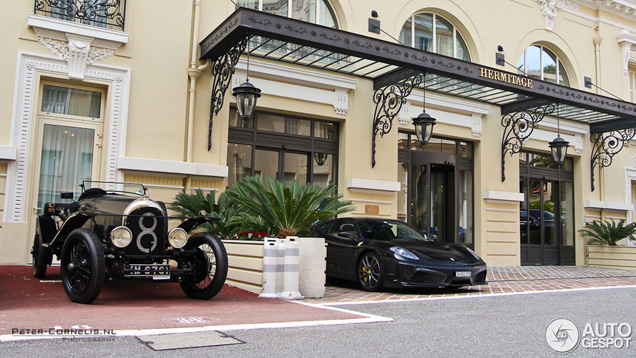