People who would love to have the fastest Mini ever have to be quick. Mini builds only 2000 copies of the John Cooper Works GP. A model of the second generation after a very successful first generation. At the new model it isnt all about power but Mini aimed at a better performance thanks to new techniques and the use of lightweight materials.

Mini made the new John Cooper Works GP with a new undercarriage especially for the track. The 1.6 liters four cylinder engine has thanks to a turbo a maximum power of 218 bhp. This is only seven bhp extra than the Cooper Works S, his little brother. Though the performance of the car is much better thanks to adjustments to the brakes, tires and again the undercarriage. The exterior is dominated by carbon fiber parts and an even more outstanding bodykit with all sorts of special details. Those who can drive and shift very well will sprint to 100 km/h in 6.3 seconds and will drive a lap on the Nürburgring in just eight minutes and 23 seconds. 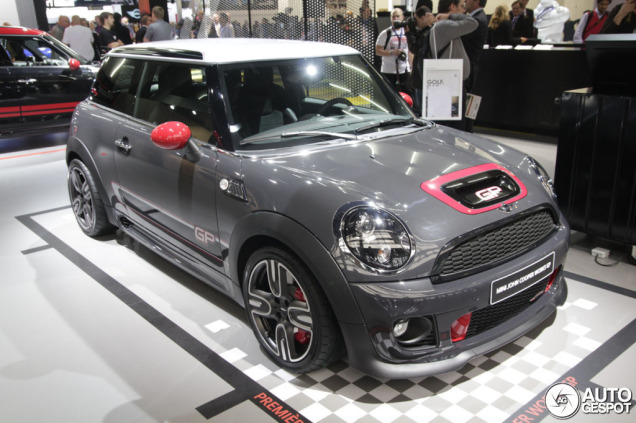