Concept cars can’t be missed in Paris and this time it’s Infiniti who brings one of the most controversial models of the show. The Q80 is the car they want to introduce within five years and if you ask us, we can’t wait! What a beautiful car but at the same time you realize that the production version just can’t be as beautiful as this copy. That’s a shame but it does make us wonder what Infiniti will come up with!

It looks like Infiniti will use a hybrid drive train. This study model produces 550 hp and 750 Nm of torque and that’s quite a lot. The car isn’t that economic because it uses around 5.5 liters per 100 kilometers although that’s not bad for such a big car. The car has suicide doors and that’s a trick we see more often on concept cars but it’s very rare on production versions. Infiniti does have real future plans. The V6, which produces around 450 hp will be available within two years. When there’s a good collaboration between the engine and the electric drive train, you can not only switch between rear- and front-wheel drive but you can also sprint to 100 kph within four seconds. But it’s still the question whether the production version will have the same performance. We do know that this car will get a lot of attention on the Paris Motor Show! 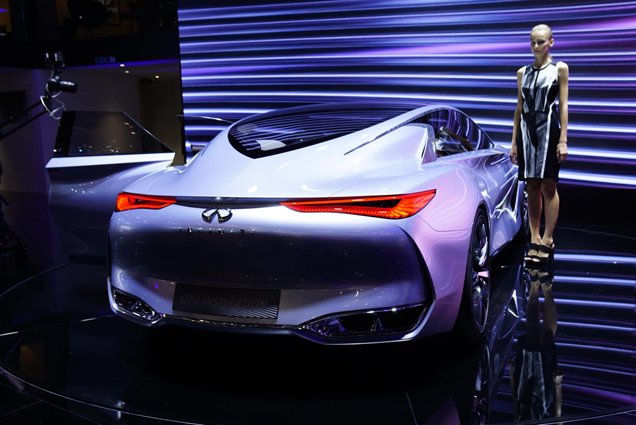 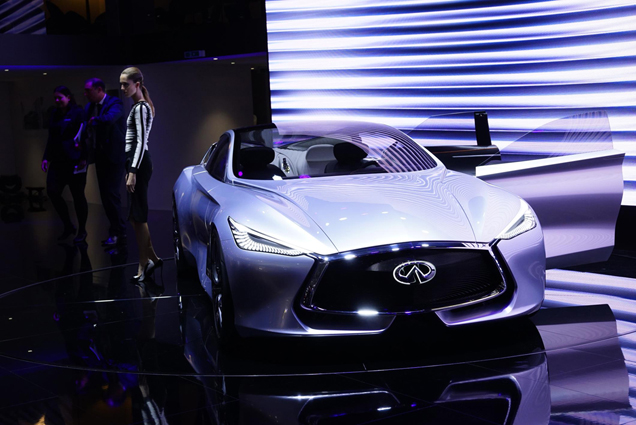