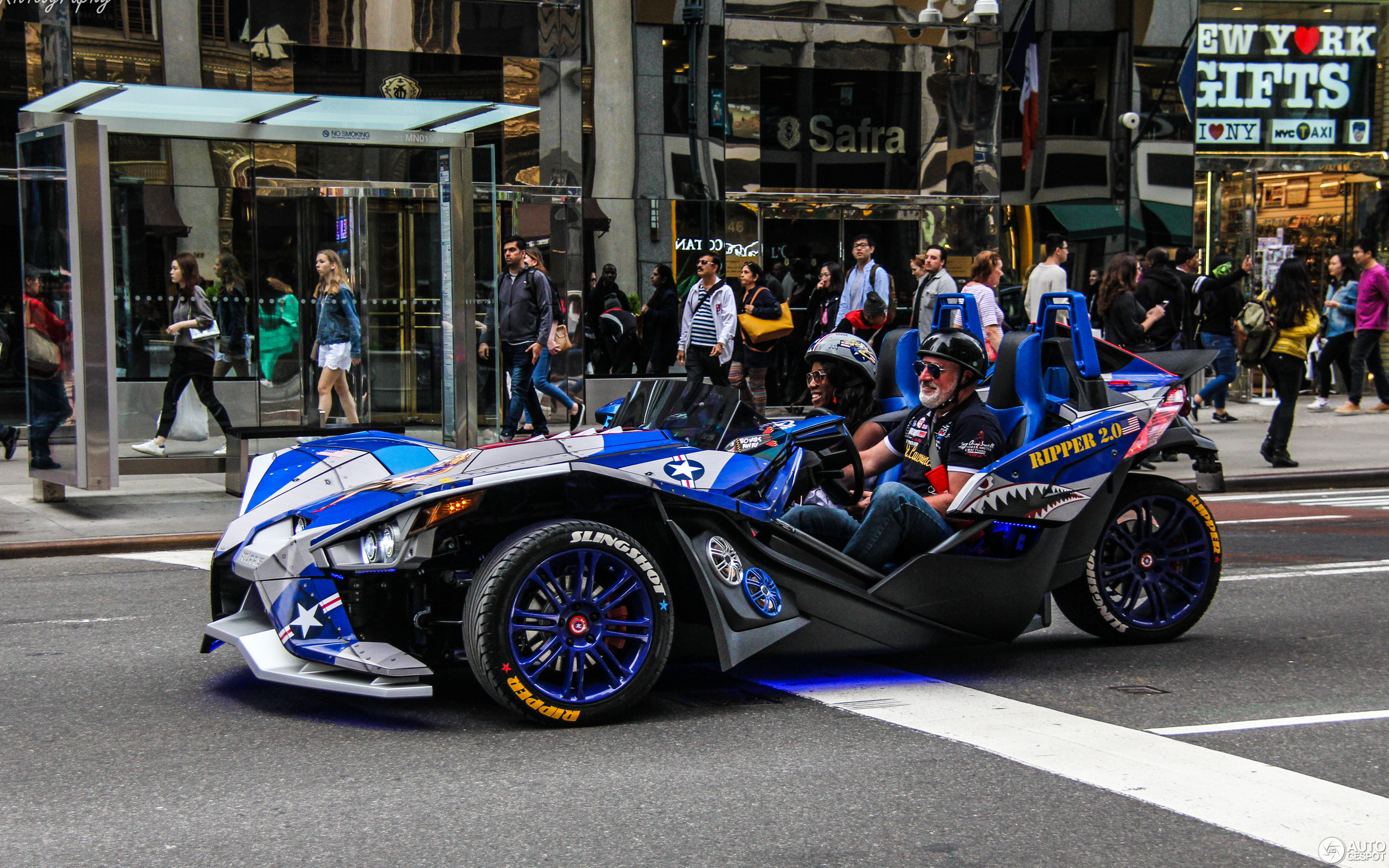 Well guys, I went back to NYC again to visit a museum for school today (5/11/2019) and I did /some/ car spotting afterwards on the way back to the Grand Central Terminal. All the Rolls-Royces, Bentleys and Maybachs were hiding today (or I just didn't look hard enough) so this was about the coolest thing I saw during my trip. This ridiculously customized Polaris Slingshot was driving on 5th Avenue with the underglows on and music blasting out of the speakers. I commend this guy for having the guts to drive this thing through the city but then again I believe he has a death wish haha. Also for those who don't live in the U.S. (which is like 99% of you), these three-wheeled motorcycles are very popular here in this country and a lot of people customize them to their tastes as they would a motorcycle. They put stuff on like light-up rims, headlights, underglows, etc. I wish I saw more customized like this but people where I live have no imagination when it comes to speccing a vehicle. Most if not all the ones that I've seen around Fairfield County (which isn't many) are grey. License plate: 20TK81 (NY)