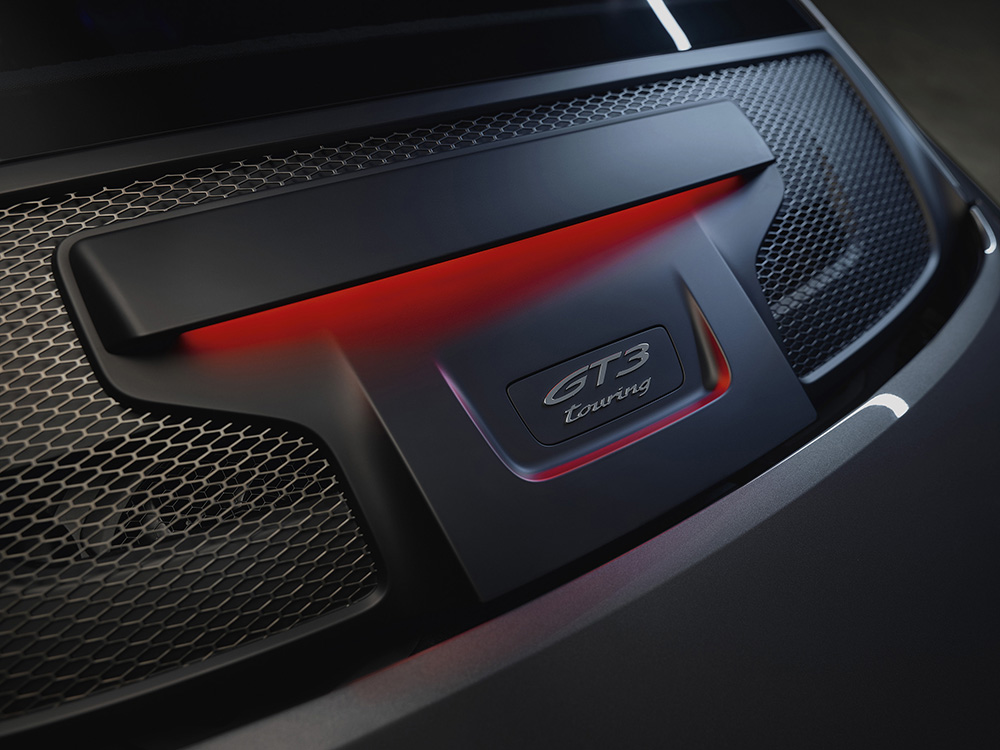 A high-performance athlete that does not show off about its talent, and loves understatement: that is the new Porsche 911 GT3 with Touring package. The seventh edition of the powerful 375 kW (510 PS) GT car can now be ordered with the equipment package that was extremely popular for its predecessor. This purist 911 GT3 with a weight of just 1,418 kilograms is delivered with a six-speed GT sports gearbox as standard. For the first time, the Touring package can also be combined with the 7-speed PDK dual-clutch transmission at no extra cost.

The most conspicuous difference on the exterior is omission of the fixed rear wing of the 911 GT3. The necessary downforce at high speeds and even more understatement are guaranteed by an automatically extending rear spoiler. Silver-coloured trim strips made of high-gloss anodised aluminium on the side windows are another distinguishing feature that underline the newcomer’s discreet appearance. The front end is painted completely in the exterior colour. The interior with extended leather items in Black is particularly elegant and is available exclusively for the GT3 with Touring package. The front of the dashboard and the upper side sections of the door trim panels have special surface embossing.

The name ‘Touring package’ goes back to an equipment variant of the 911 Carrera RS from model year 1973. Already then, the focus was on purist 911 design and elements of a classic interior. Porsche revived the idea again in 2017, and for the first time again offered a Touring package for the previous generation of the 911 GT3, the Type 991. Since then, this variant has appealed above all to lovers of top-class sports cars with a pronounced passion for understatement and classic driving pleasure.

With the seventh edition of this high-performance sports car, Porsche has transferred race technology to a production model more systematically than ever before: the double-wishbone front suspension as well as the uncompromising aerodynamics with swan-neck rear wing – excluded from the Touring package – and striking diffuser originate from the successful 911 RSR GT racing car, and the 375 kW (510 PS) 4.0-litre six-cylinder boxer engine is based on the drive unit of 911 GT3 R tried and tested in endurance racing.

Despite a wider body, larger wheels and additional technical features, the weight of the new GT3 is on a par with its predecessor. It weighs 1,418 kg with the manual transmission and 1,435 kg with the Porsche dual-clutch transmission (PDK). The bonnet made of carbon fibre-reinforced plastic (CFRP), lightweight glass windows and forged alloy wheels exemplify the focus on weight-saving, as does the lightweight sports exhaust system.

Its racing genes are expressed in practically all the details of the new 911 GT3. The cockpit is equipped with a track screen for the first time: at the push of a button, the digital displays on the left and right of the central rev counter are reduced to the essential information on tyre and oil pressure, oil and coolant temperature and fuel tank fill level. The 911 GT3 has an easily accessible Mode switch on the steering wheel. This facilitates fast switching between Normal settings and the customisable Sport and Track modes.

Porsche is offering the 911 GT3 at a starting price of 170,969 euros including VAT and country-specific equipment. The Touring package can now also be ordered as an option at no extra charge. 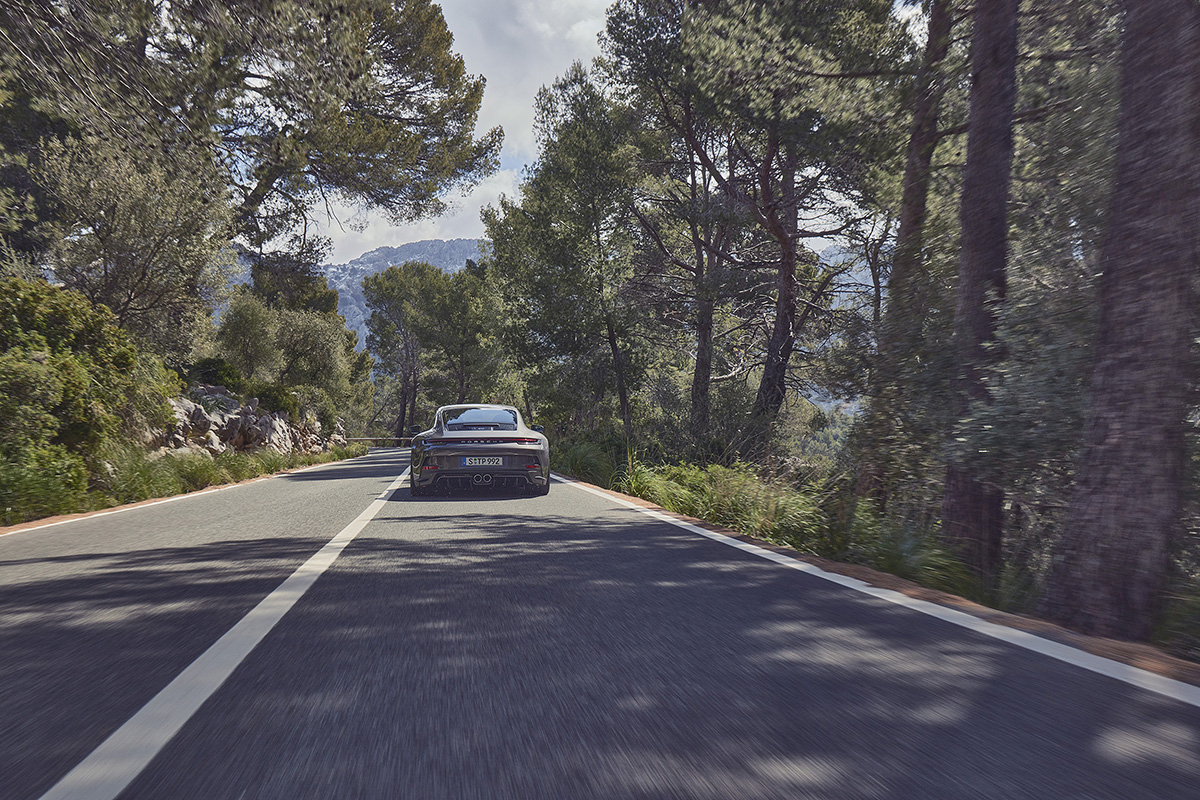 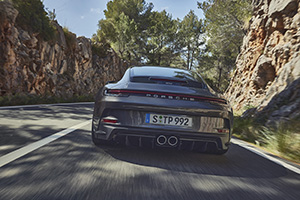 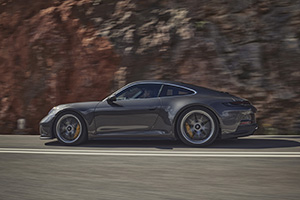 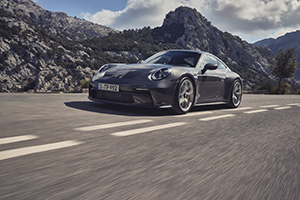 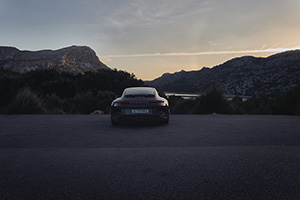 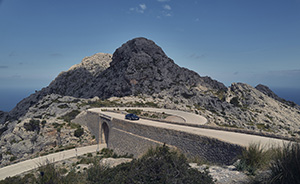 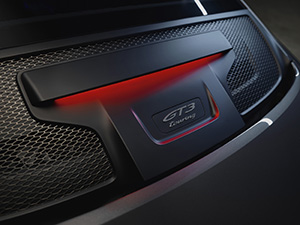 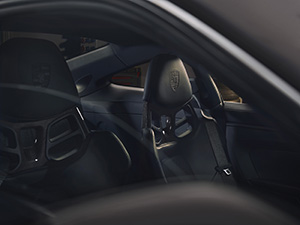